"It was awesome, and the look on his face was absolutely priceless!" wrote Beth Hodge, JJ's mom 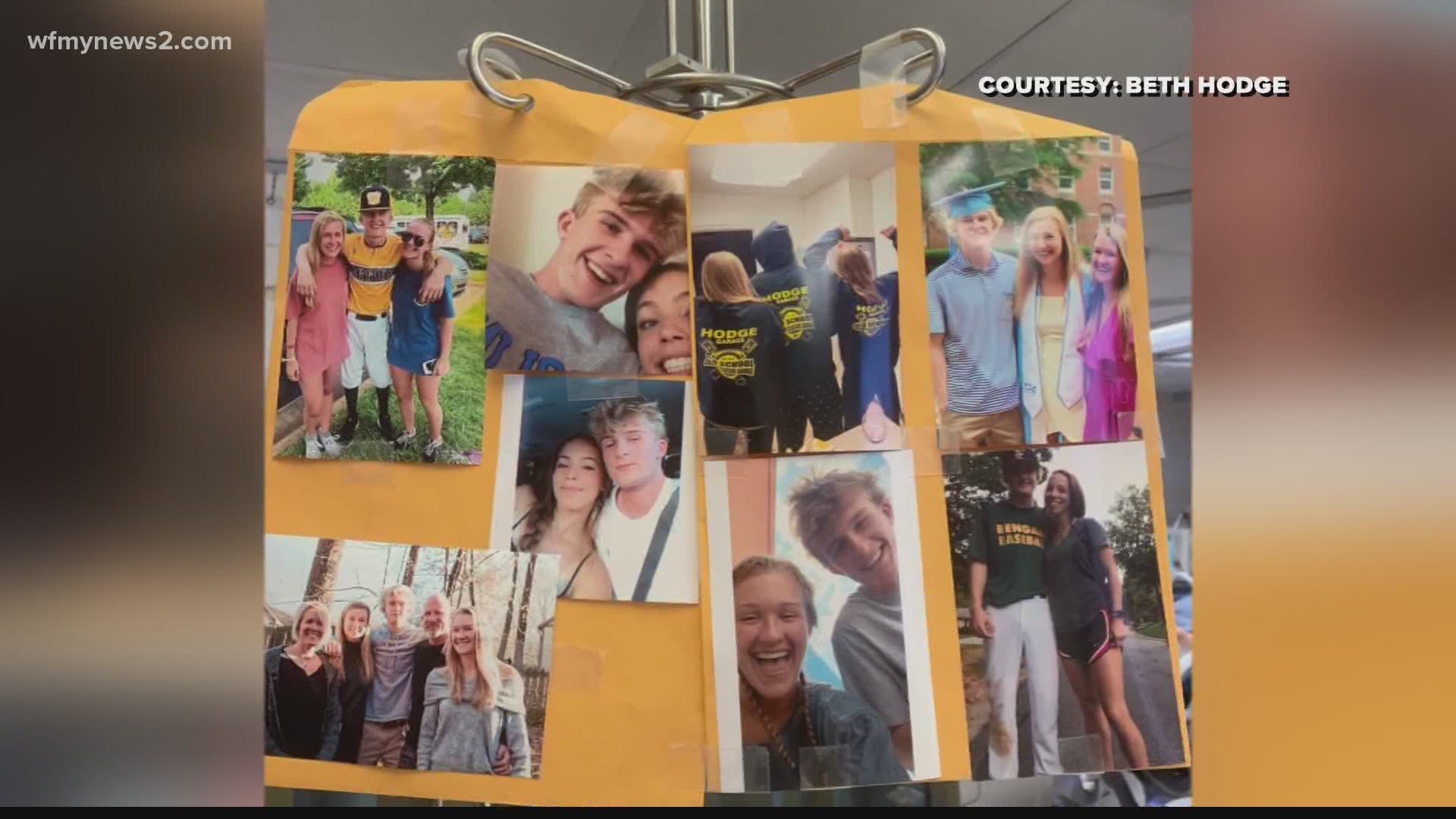 GREENSBORO, N.C. — A Triad teen who was severely injured is making strides in his recovery. Beth Hodge posted a video on Facebook of her son, JJ Hodge, standing up for the first time in months since an accident. In the video, 17-year-old JJ is seen being helped by his rehab and therapy specialists to stand up.

"Today he started the actual therapy. During the eval [sic] yesterday, they stood JJ up for the first time since the accident, over 9 months ago. It was awesome and the look on his face was absolutely priceless! " wrote Beth Hodge in the post, Tuesday afternoon. 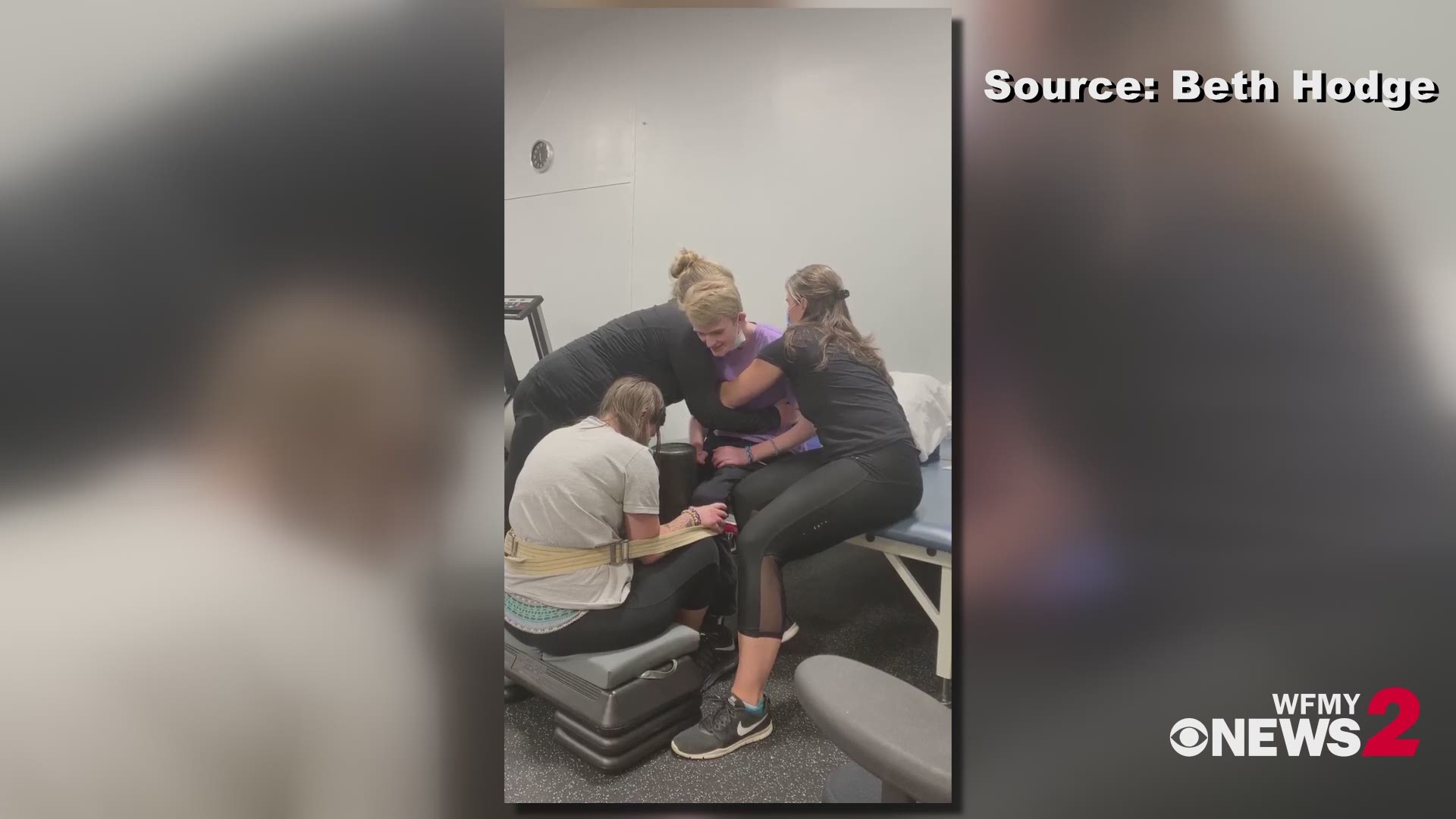 "He is having his first session of NMES - neuromuscular electrical stimulation. They are concentrating on his core now, trying to strengthen it to allow him to do things like transfer himself to/from his chair and use a manual chair instead of only the big power chair. It's a long and arduous process, but JJ says he is up for the challenge!" she added.

Beth Wheeler Hodge
Hello, everyone! Quarantine has been good for us. No need to explain to everyone about keeping germs away from JJ 😊. The only real difficulty has been closure of the SCI (Spinal Cord Injury) rehab...

JJ suffered a serious spinal cord injury in September when he fell off a car while hood-surfing. Officers responded to an accident on Hartsfield Court. In the report, police stated that two people were riding on the hood of a car traveling up the road and that one of them, identified as Hodge, fell off and was run over.

Hodge was initially treated at Brenner Children's Hospital in Winston-Salem and then moved to the Shepherd Center in Atlanta where he underwent treatment and rehab for his injuries.  Eventually, after spending long months in the hospital, the teen was able to finally return home in February.

"I'm very excited. It was a long time coming, honestly," Hodge told WFMY News 2 in an interview upon his return.

"I do remember the injury. I remember when it happened," Hodge said, "I remember bits and pieces mainly. Like, I just remember falling off the car and getting run over and I remember my friend Cole helping me out from under the car."

"Then, I don't remember anything after getting in the ambulance for probably like, two weeks," he continued.

Hodge said recovery has been difficult, but his family hasn't left his side.

"My family was there, so that's really all that mattered. They helped me through it, especially my mom," he said.

RELATED: 'I know it's going to take time, but it will get better' | JJ Hodge returns home to Greensboro after spinal cord injury