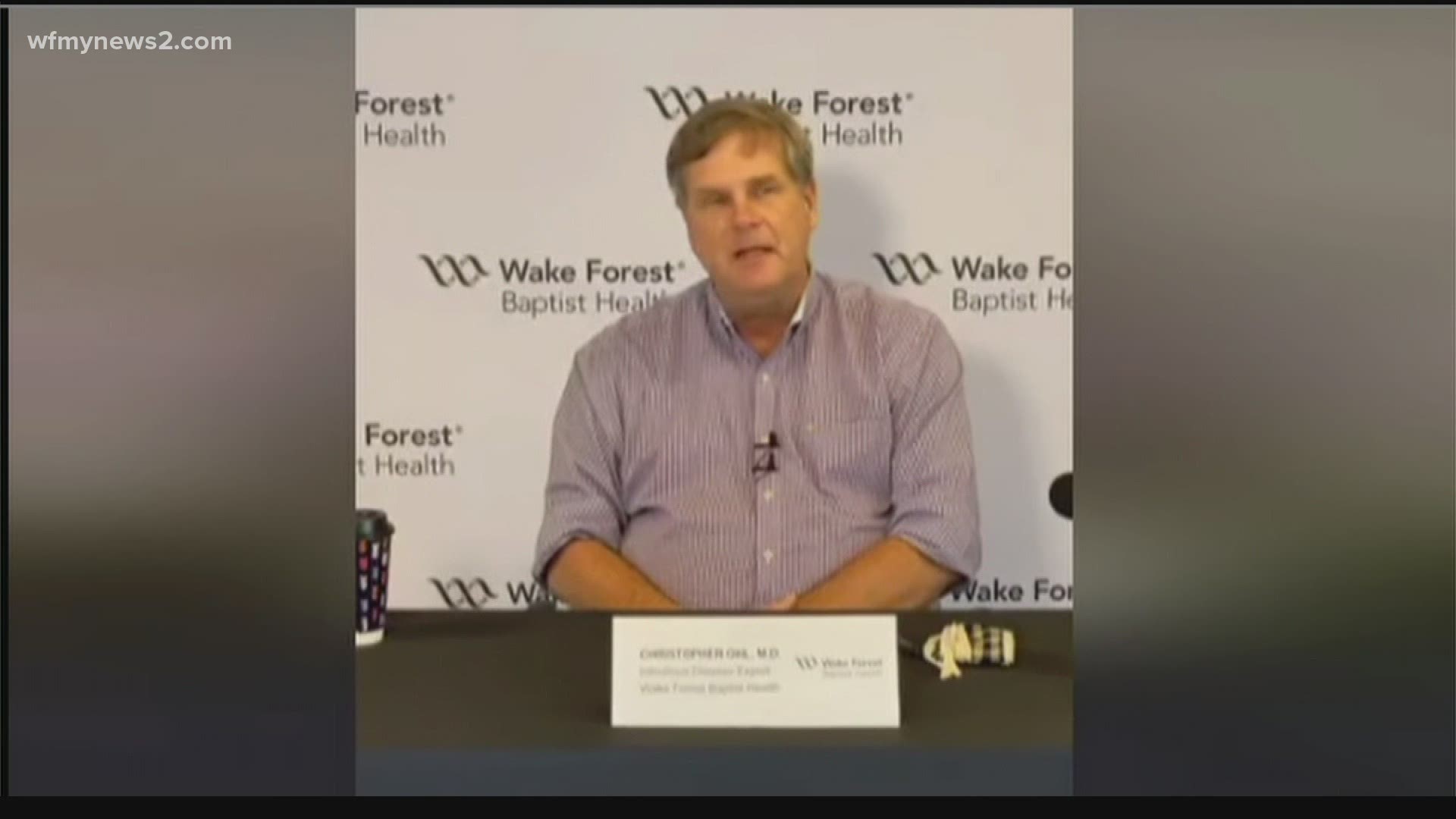 WINSTON-SALEM, N.C. — Halloween is a little less than two months away, but parents already want to know if trick-or-treat or trunk-or-treat will be safe for their children. City officials in places like Los Angeles County, California have recommended that people not trick-or-treat door-to-door or trunk-or-treat from car-to-car to stop the spread of COVID-19.

One of the Triad's leading experts in infectious diseases, Dr. Christopher Ohl of Wake Forest Baptist Health said people can still enjoy Halloween despite the pandemic. Ohl said because trick-or-treat happens mostly outside people can do it safely while wearing masks and social distancing and by being more creative.

"There's a lot of ways that Halloween can be done safely and I don't think we need to cancel it I think we just need to think about how we're going to coordinate it," Ohl said at a press conference, Thursday.

"A lot of the activities are outside and outside is a much safer place to be than inside. Also, there is a mask with Halloween so if you're going to wear a regular mask like a Halloween mask with the holes for the eyes and a hole for the mouth, you need to wear another mask in front of it because those holes obviously don't stop anything from coming out," Ohl said.

RELATED: Infectious disease expert says your kids can be safe while trick-or-treating on Halloween

Ohl said kids' activities are often supervised by parents. Parents have to make sure the kids stay together and do what they're supposed to do if they're outside. He also suggested designating one member of the family to retrieve the candy for the group.

Ohl warned that adults will have to treat Halloween a little differently, meaning, no big indoor parties and to avoid haunted houses.

"Adult parties with large numbers of people in costumes and in houses where there's a lot of crowding, that's going to be something to stay away from," Ohl said.

Officials at Wake Forest Baptist Health crowd-sourced for creative ideas from members of the public and shared suggestions they considered safe enough for families to maintain adequate social distancing and prevent contracting the coronavirus.

RELATED: Fall Countdown: Here's how you can celebrate safely during the COVID-19 pandemic

* Wear a pair of gloves if you plan to bag and distribute 'bagged-candy' but don't hand them out too close to trick-or-treaters.

* You can have kids line up their bags or baskets, step away and then you drop the candy bags

"I kind of thought about making a really long sleeve and having a tong sticking out the end and you can make it part of your Halloween costume and the tong hand reaching out to put the candy in," Ohl suggested.

"Those homes that want to go ahead and have some trick-or-treating it's probably nicer to sit up outside or have a table out on the street or on the porch rather than having the doorbell ringing phenomenon," Ohl said.

He also said leaving a stash of candy for kids to dip into is not a good idea because it means so many hands will come into contact with the supply.

"Children can dress up and the parents can drop candy into a bag every time they cross the house so you the parent have the candy and you pass it out right into a bag as you go by a house. That way everybody gets to see everybody's costume when you're outside walking around, instead of actually going to a doorstep just drop the candy in the bag," Ohl said.

Neighbors can set up a specific time for Halloween. Parents should check with their neighborhood's homeowners association or residence group if one exists to organize safely or find out what's planned.

1. Mr. Voodoo's Mask... This mask from NCIS: New Orleans sure had our attention, and though it was very eye-catching, we just don't think you'll want to convey eye-gobbling at your Mardi Gras festivities.

"Between those hours adults can drive by, maybe in the golf cart and throw candy to kids in the yard so the kids stay in the yard with their costumes and the adults go around. So you kind of reversed that Halloween as one of the people said, it's the Mardi Gras way," Ohl said.

"Leslie says she's thinking what we were doing around Easter which is taking someone in a jeep around who is throwing candy at the kids in their driveways. So another vote for the Mardi Gras way where you toss out the candy," Ohl said.

"Set up a candy graveyard with fake tombstones with candy bags piled up next to each tombstone. That sounds like fun but a little bit more work setting up the tombstones but that's pretty neat. You could have each child in the graveyard, one at a time, to pick up package candy or prizes in individual treat bags," Ohl said.

"Kind of like a scavenger hunt in your neighborhood, so you can also have a carved-out area, a little park or place where you can hide candy and have the kids go find it like Easter egg style. Put it in treat bags, you don't want Jolly Ranchers hanging out for two weeks in the yard."

"A lot of these activities are outside so if it's raining it's going to be hard to do this so maybe stay home and watch scary movies."

So far, Triad cities have not released any advisory on how they plan to have Halloween. 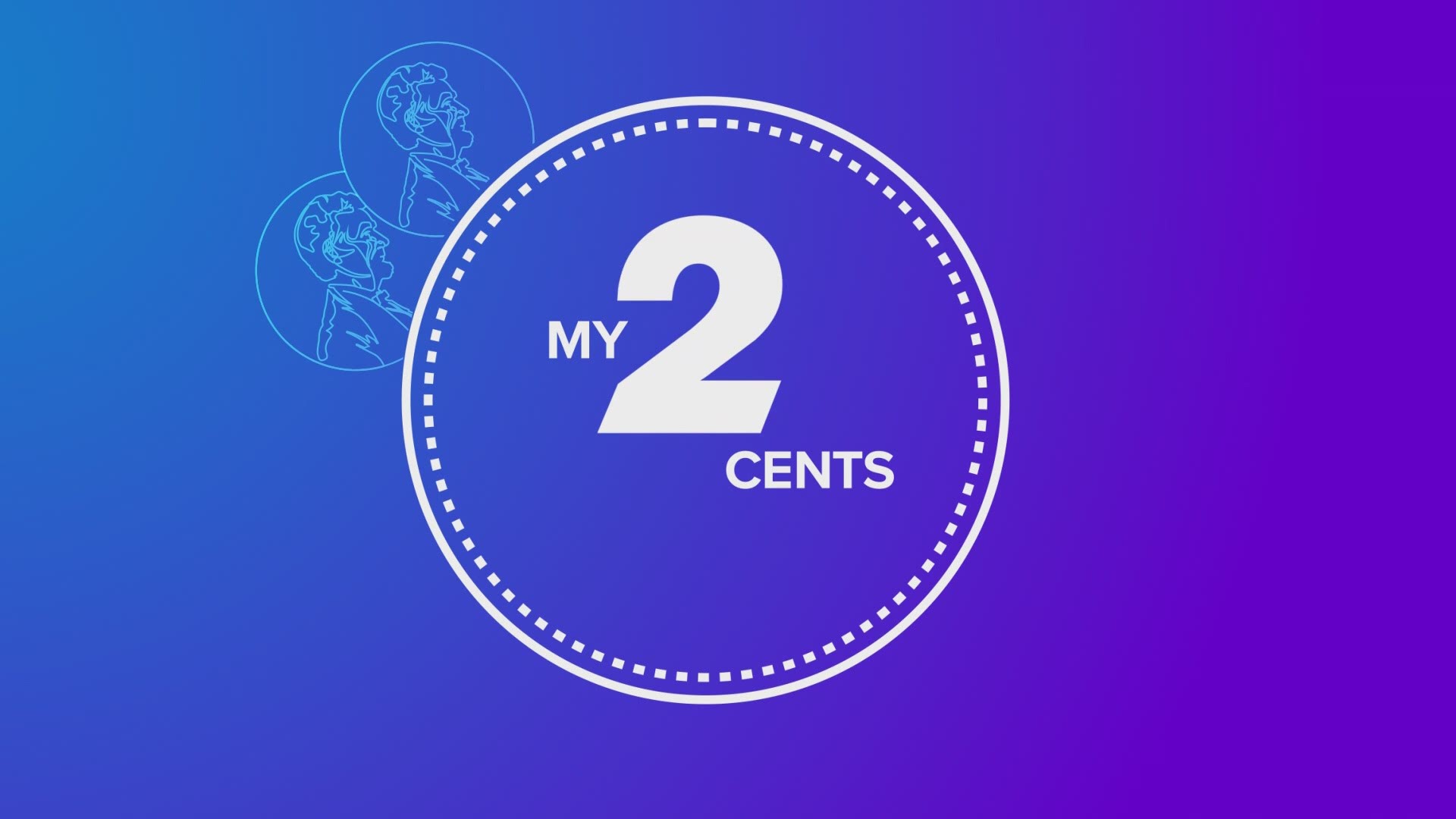