Some are postponing or canceling beach trips due to the hurricane but others are planning to brave it. 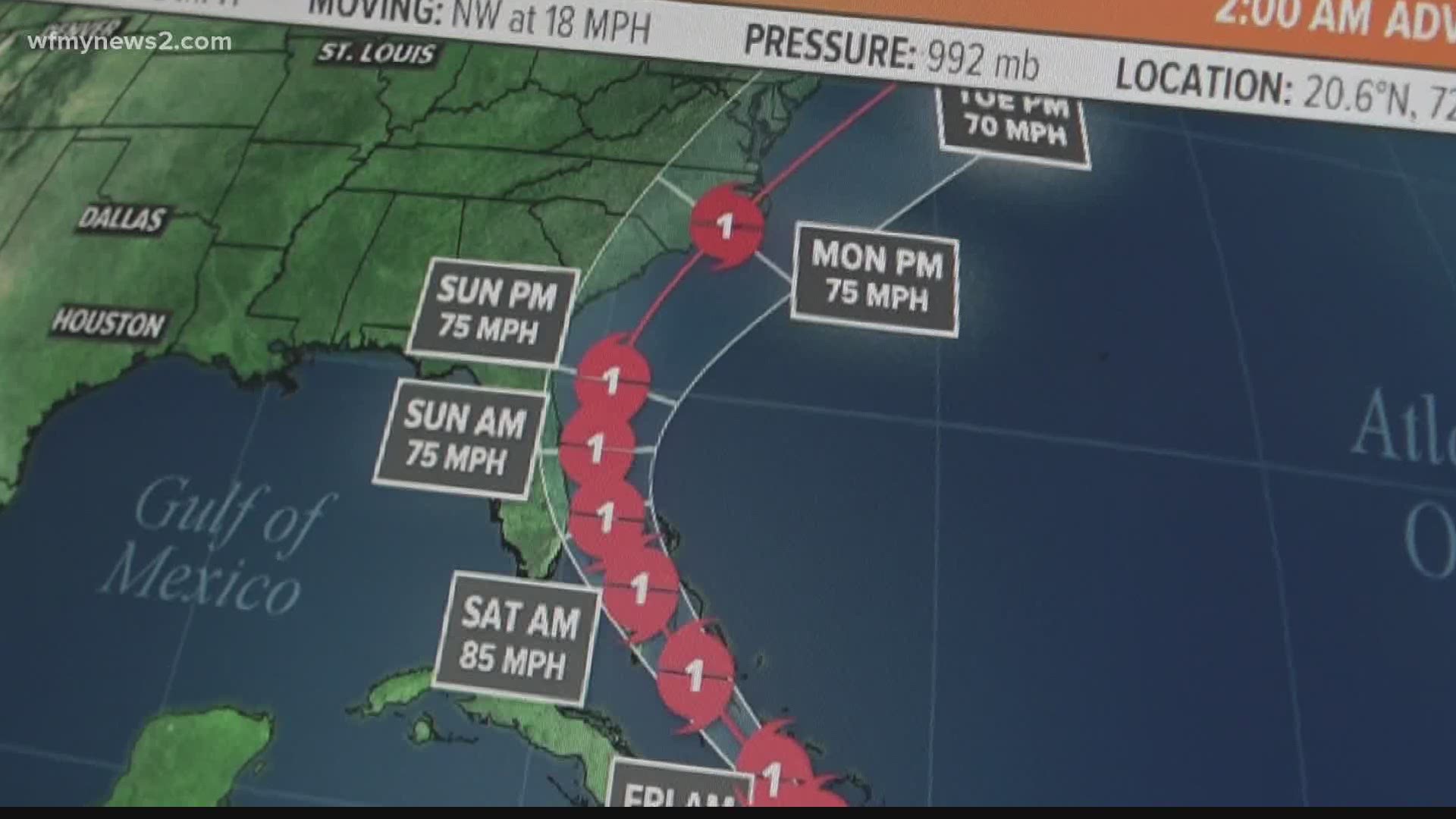 GREENSBORO, N.C. — Editor's note: The above photo is from Hurricane Dorian

The Carolina coast is preparing for Hurricane Isaias' arrival as Triad travelers weight their options.

Some said their vacation days are up in the air while others went ahead and postponed beach trips Friday but some are still going so they can be close to the ones they love.

"I'm just gonna go out there as is," Ryan Beck said.

Beck lives in Davidson County and is heading to Kitty Hawk Tuesday to visit his fiance'.

"I look forward to actually seeing the storm first hand. It should be interesting. This would be my first hurricane up close and personal," Beck said.

Others are not as excited to be along the coastline.

"If I was a tourist, I definitely would not have come," Summer Fowler said.

Fowler lives in Asheboro but is near Miami visiting her husband who works as a lineman.

Now she and her young son will ride out the storm in Florida.

"My husband spent time last night anchoring our camper down to the ground," Fowler said.

The plan is that she and their son will ride out the storm in their camper while her husband works to keep people's lights on.

"If it continues to get bad, then our plan is to go to a hotel," Fowler said, "I am very, very, very nervous."

She said she is comforted by her husband's experience with hurricanes.

"I mean he does the hurricane stuff all the time. He has to have a bag packed and ready to go right then," Fowler said, "He has been in the worst hurricanes that we've had in the last five years and he tells me like this is not as big as one, that we're gonna be ok."

He'll work long hours in the coming days but at least the Fowlers won't be apart.

"It's definitely I think less stressful for him knowing that we're close because when he's on storms most of the time we don't get to see him for quite a while," Fowler said.