UNC Recommends for Silent Sam to Stay on Campus in New $5.3M Building

A four-point plan for the Silent Sam's future was developed at a meeting between UNC leaders Monday morning. 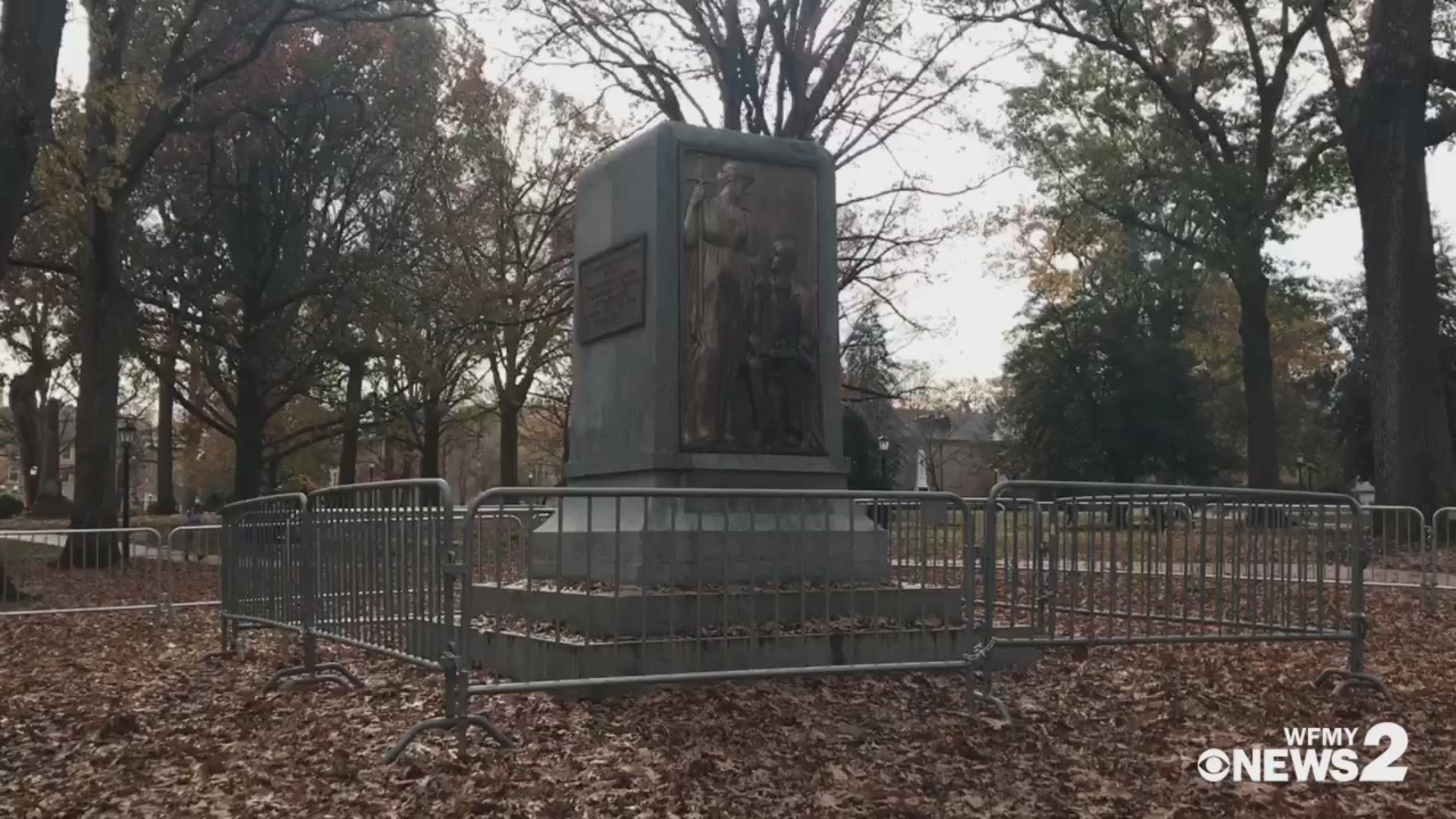 CHAPEL HILL, N.C. (WNCN) — University of North Carolina at Chapel Hill Chancellor Carol Folt announced Monday that the school is recommending that they keep the "Silent Sam" Confederate statue on campus and in a new building.

Folt said that they received at least 5,000 comments from the public regarding the monument and that the provost read all of them.

Based on those comments, a committee narrowed down the possible sites for the statue to 20, including placing the statue back where it had been for 105 years, Folt said. It was determined that public safety concerns made that impossible.

PHOTOS: Silent Sam Statue to be Moved to Different Part of UNC's Campus

1 / 13
UNC votes to move the Silent Sam statue, but to a different part of campus where it will be housed with context. However, protestors are still saying that's not enough.

A four-point plan for the statue's future was developed:

UNC says they're bound by state law that requires them to put the statue back in a similar location.

UNC says they're bound by state law that requires them to put the statue back in a similar location. Because of that, the school says they plan to spend $5.3 million on a new development called "Odum Village" where the statue will be housed.

The new building is expected to be finished by mid-2022 and will cost more than $800,000 per year to operate, officials said.