No injuries or damage were reported, but these waterspouts were a close call! 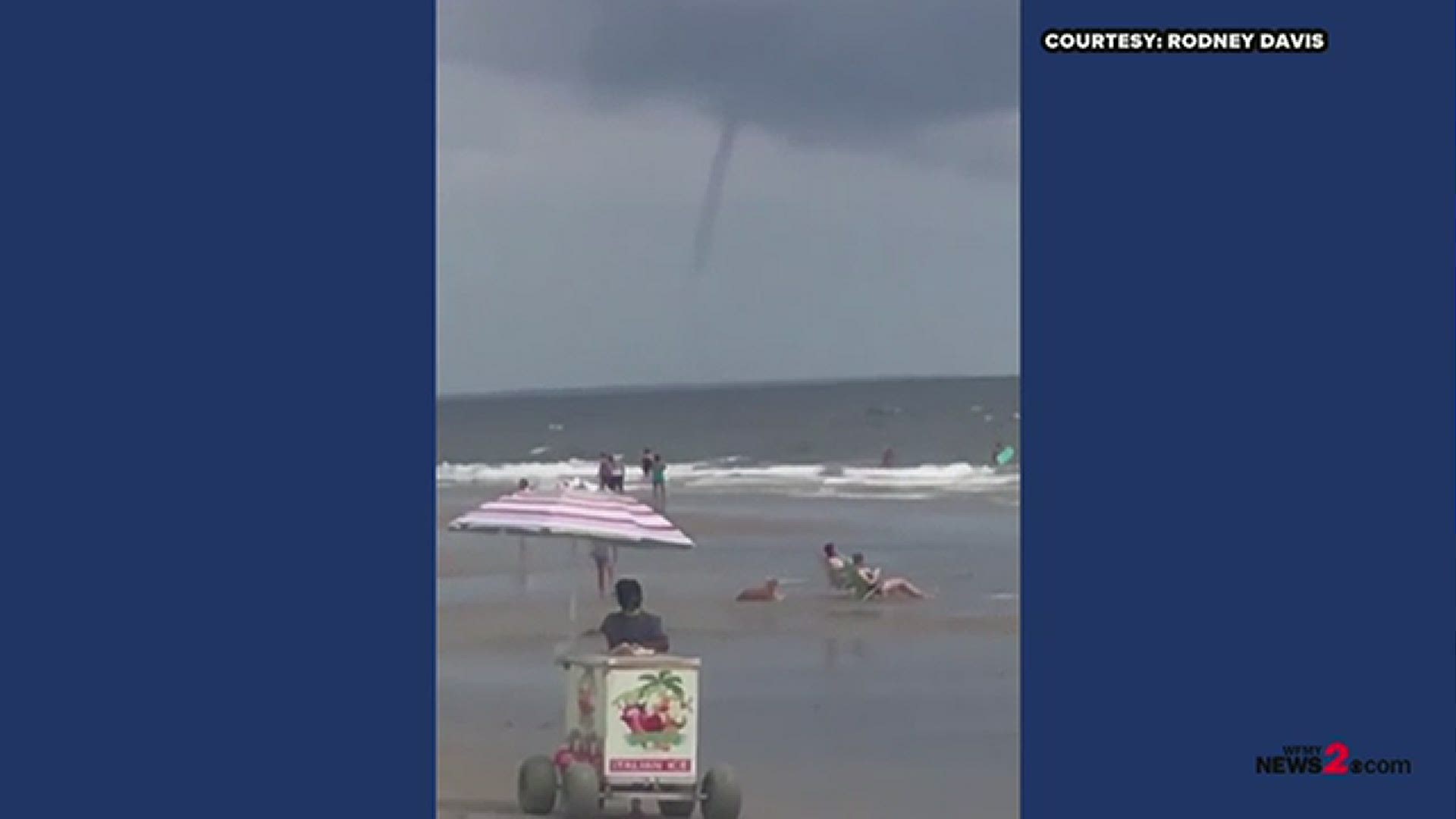 GREENSBORO, N.C. — The beaches were busy with more than just people on Monday. Several waterspouts spun up just off the sand, leaving many beachgoers with a sight to last a lifetime. Nobody was hurt and there was no damage.

A total of three waterspouts were spotted along the coast. One near Oak Island that could also be seen from Caswell Beach, and two between Emerald Isle and Morehead City.

Asheboro native, Graham Groseclose sent a picture to WFMY's Christian Morgan as he saw the two forming near Emerald Isle this afternoon.

Brooks Quinn spotted the impressive waterspout from Caswell Beach, on Oak Island. He tells WFMY News 2 it lasted about 15-20 minutes, and dissipated before reaching the shoreline.

What exactly is a waterspout? Well, they're funnel clouds that form over water, but they tend to form in a different way than a tornado over land.

Waterspouts tend to form on days with weak offshore winds. When low level winds offshore mix with warm, shallow water on the sea surface, they can create a small circulating funnel cloud that stretches from the cloud to the ocean. Since winds are light in the area, they don't typically move much - sitting nearly stationary. They don't often hit land, but if they do they can cause brief damage.

RELATED: 'Chaotic' Fourth of July weekend in High Point, police say much of the trouble was from outsiders