We have crews tracking weather conditions around the Triad. 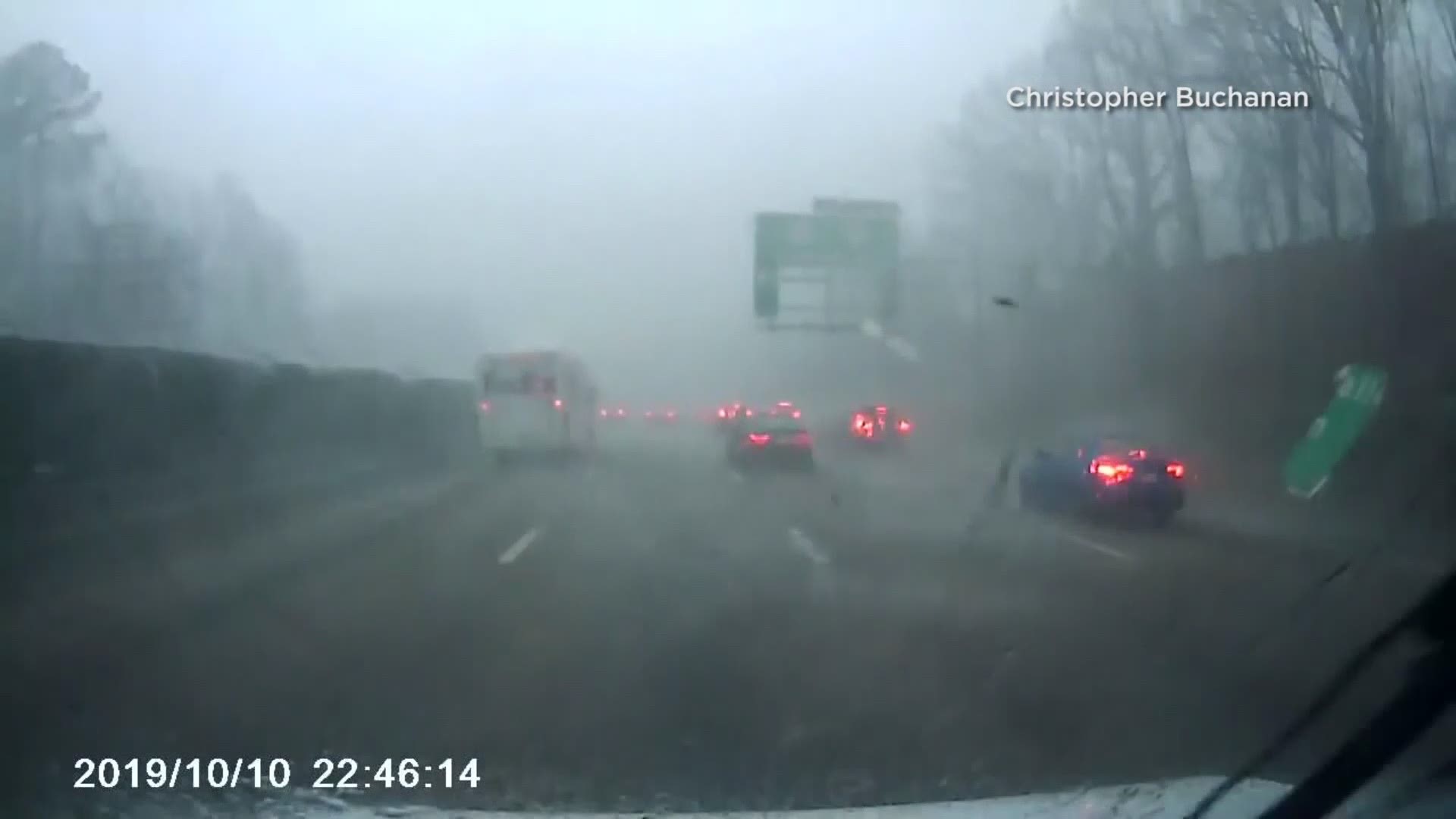 9:15 p.m. Thursday: Stay safe out there! Revolution Mill in Greensboro is looking "a ok" according to WFMY's Jessica Winters.

8:30 p.m. Thursday: Check out these photos of what's left of an old chicken coop in Randolph County.

7:18 p.m. Thursday: Check out this video showing a highway sign being ripped apart in Raleigh during the storms.

7:07 p.m. Thursday: Make sure to stay alert. Flood warnings are still in effect for most of our viewing area.

6:34 p.m. Thursday: Insane, take a look at this house in Archdale pretty much surrounded by floodwater due to the storm and heavy rain.

6:33 p.m. Thursday: Here is a look at our system on the water vapor imagery screen.

6:24 p.m. Thursday: Check out this picture out of Stoneville, NC showing tremendous flooding. This picture was sent to us by Jill Hughes.

Storm damage and flooding across the Triad

1 / 14
Cody
Check out the storm damage and flooding across the Piedmont Triad.

6:21 p.m. Thursday: Our crews have plenty of gear in order to cover the storm and provide you with up to date coverage!

6:12 p.m. Thursday: The 6 p.m. radar indicates that we still have a lot of rain to go. According to Chief Meteorologist Tim Buckley, the rain should last until about midnight.

6:08 p.m. Thursday:  You should never do this during a flooding situation.

5:37 p.m. Thursday: Crazy sinkholes in King. According to Wendy Johnson, these pictures were taken near West Stokes High School.

5:11 p.m. Thursday: According to Chief Meteorologist Tim Buckley, we are set to dry out by Friday.

5:10 p.m. Thursday: Significant flooding at Buffalo Creek which is near Revolution Mill.

3:50 p.m. Thursday: The backyard of an Archdale home is completely submerged in water.

3:45 p.m. Thursday: Winston-Salem firefighters confirm they rescued two people from a home in Winston-Salem in midst of the severe weather and heavy rainfall, Thursday morning.

2:30 p.m. Thursday: The Triad is no longer under a tornado watch, but the threat for flooding remains. Randolph County appears to have the most damage from the earlier storms that swept through the area. However, we don't have confirmation that a tornado touched down in the area.

The Triad just got through a long stretch of several tornado warnings. Guilford County Schools are holding off on sending kids home because the weather is just too bad right now. 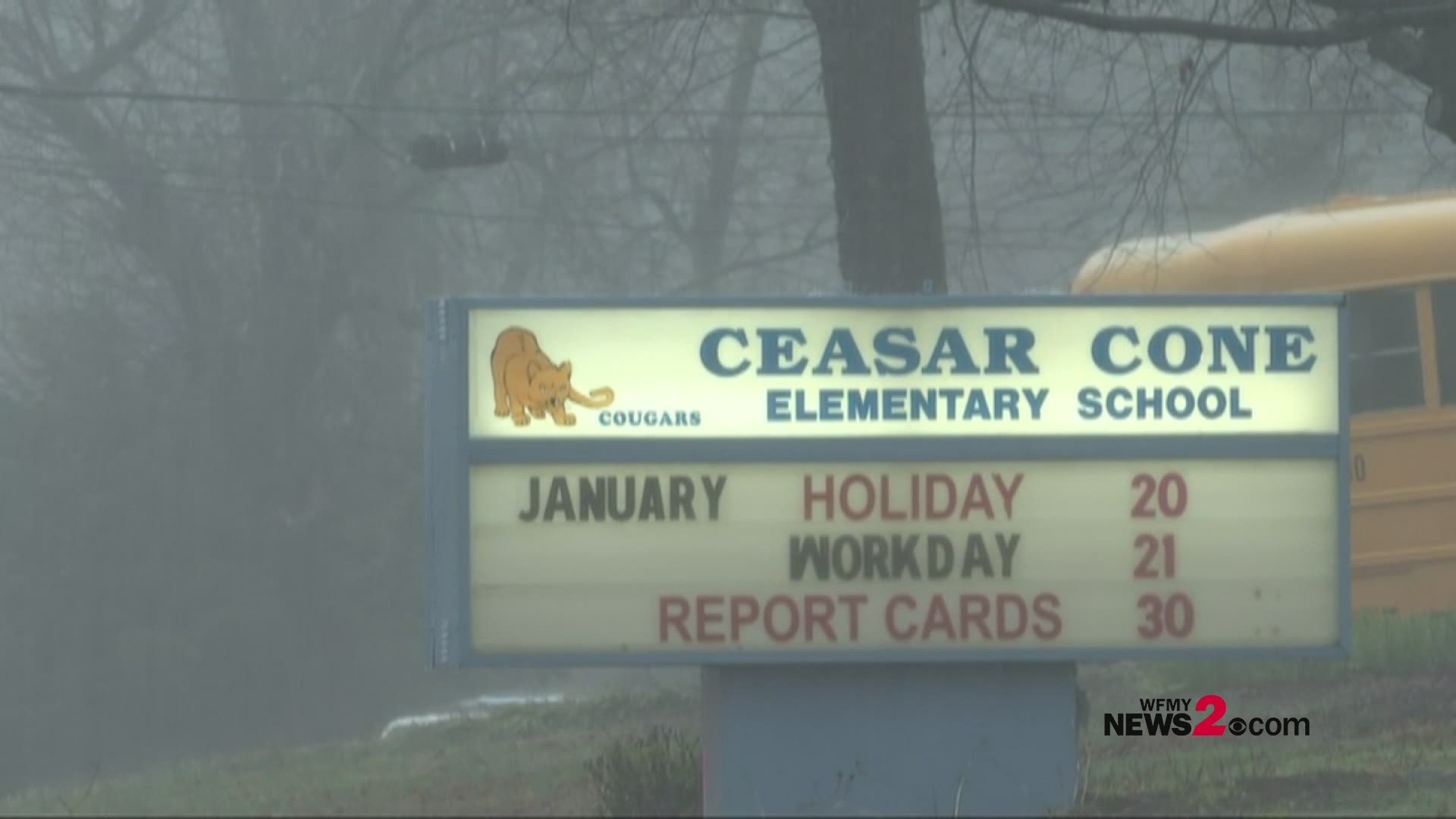 Tornado warnings went out for Forsyth County and Davidson County.

Floodwaters are rising at Revolution Mill in Greensboro.

A tornado warning was issued for Davie County. It's expected to end at 11:30 a.m. We haven't gotten any reports of damage from emergency communications.

Much of the Triad is under a Tornado Watch.

A look at the day:

Heavy rain is likely to come in multiple rounds on Thursday from morning until night. This will create flooding. It's a bigger flooding threat than we usually see here in the Triad, especially during the winter, according to Chief Meteorologist Tim Buckley.

A look at the damage:

Severe weather: Flooding across the Triad