McNeil and Kelly Cronin said their 6-year-old daughter, Quinn, started kindergarten in a regular classroom, but school staff started removing her from her peers. 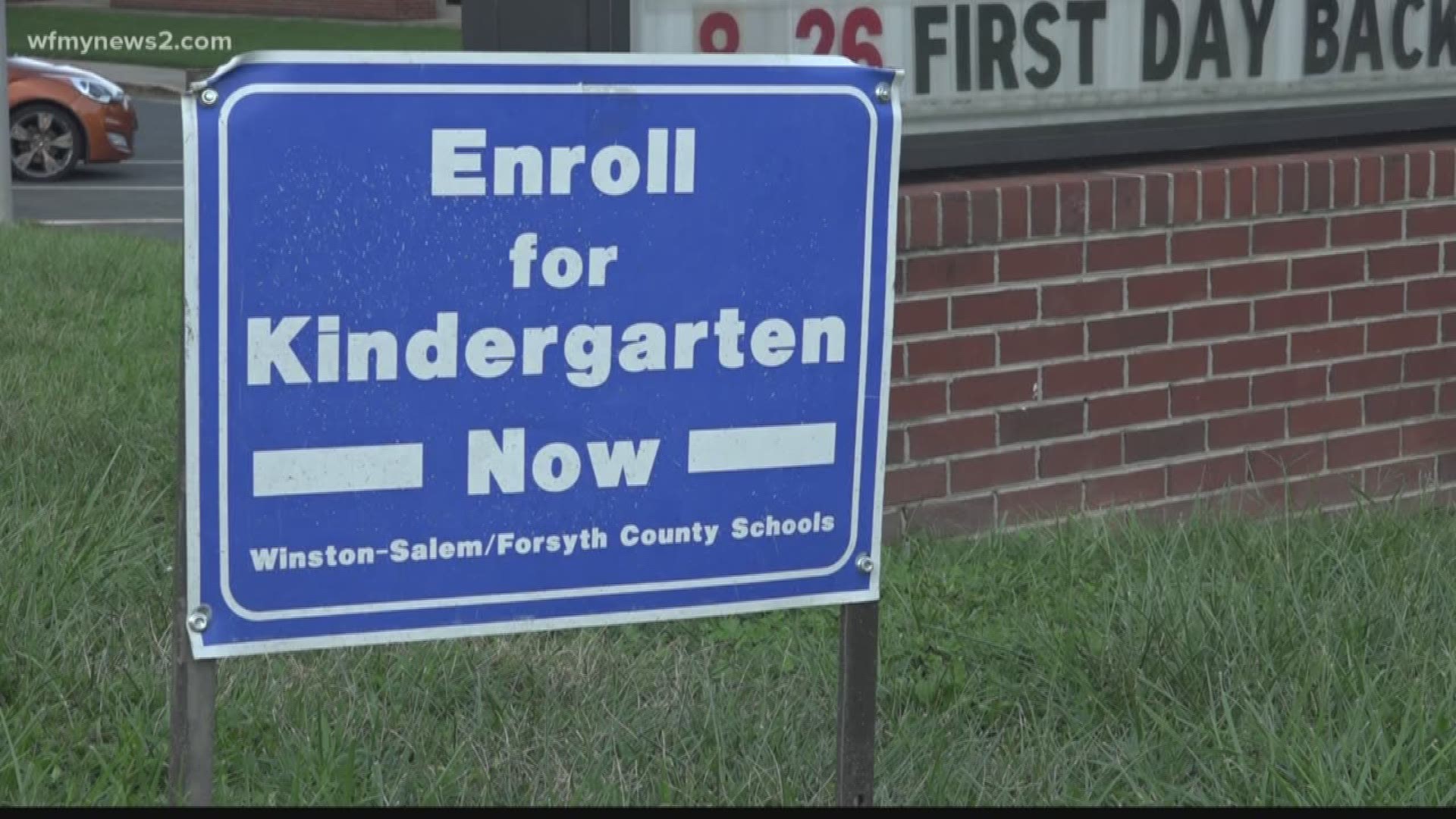 McNeil and Kelly Cronin said their six-year-old daughter, Quinn, started her kindergarten year at Whitaker Elementary School in a regular classroom in August 2018.

But soon after that, the Cronins said school staff started removing her from her peers for extended periods of time during the school day without their knowledge.

They also said nine days later the district reassigned Quinn to South Fork Elementary against their wishes. There, they said she was placed in a self-contained classroom meant for students with disabilities in a trailer behind the school. The Cronins said they met with school and district officials to find a remedy and have their daughter returned to a standard classroom but were unsuccessful. They then withdrew their daughter from the district and enrolled her in a private school, where she was assigned to a regular education classroom with support for her disability.

In November 2018, the Cronins filed a lawsuit against WS/FCS. It alleged the district violated IDEA by placing Quinn in a segregated setting even though she could learn in a regular education classroom.

In the decision filed on August 23, Judge Stacey Bawtinhimer found the WS/FCS "violated the IDEA and its implementing regulations, significantly impeded the petitioner's rights to participate in the decision making process regarding the provision of a free appropriate public education in the least restrictive environment." The judge ordered the school district to reimburse the Cronins the cost of sending Quinn to private school. They also ordered the Cronins to work with an inclusion specialist to develop a new Individualized Education Program (IEP) for Quinn to return to WS/FCS. Until the new IEP is developed, the judge ordered Quinn stay in the private school.

The Cronins say, "What we want for our daughter, and for kids like our daughter, is what all parents want: for our child to have the opportunity to learn alongside her neighbors and her friends, and to be truly included in her classroom.”

WSFCS has 30 days to appeal.

"Winston-Salem/Forsyth County Schools takes the education of all students, with all abilities, seriously. We strive to provide an inclusive, safe community for the wide array of learners that enter our 80 campuses every day. To that end, our district has more than 1,400 highly trained professionals in our Exceptional Children’s division whose focus is making sure those children who face varying challenges have an individualized education plan to address their special needs. Our Exceptional Children’s staff is highly trained and works tirelessly to provide, create, and maintain the best educational setting within the parameters of state and federal law. While we cannot offer every specialized program at every school, the district does offer the complete continuum of educational services to ensure every child has access to an education that is individualized for their needs.

As it relates to the Cronin family, and the recent decision by an Administrative Law Judge specifically, the WS/FCS Board of Education is still weighing its options on how to proceed, which could include an appeal. Because the timeline for appeal remains active, we cannot comment further on this matter. While the Cronin family has ability to tell their side of the story freely, federal student privacy laws prevent us from talking specifically about this student.

Whitaker Elementary is an outstanding school that consistently performs well in all measured categories. WS/FCS is proud of the educational opportunities available at Whitaker and values the work our talented Exceptional Children’s staff offers to all students in Forsyth County."

1 / 5
Cronin Family
A judge ruled the school system discriminated against Quinn Cronin, a kindergartner with disabilities.

'I Like Pay Day Too': Special Needs Students Receive Job and Internship Training at Project SEARCH