The Board of Education meeting Tuesday night was the last chance for parents to get in front of school leaders before the reentry plan is announced October 1. 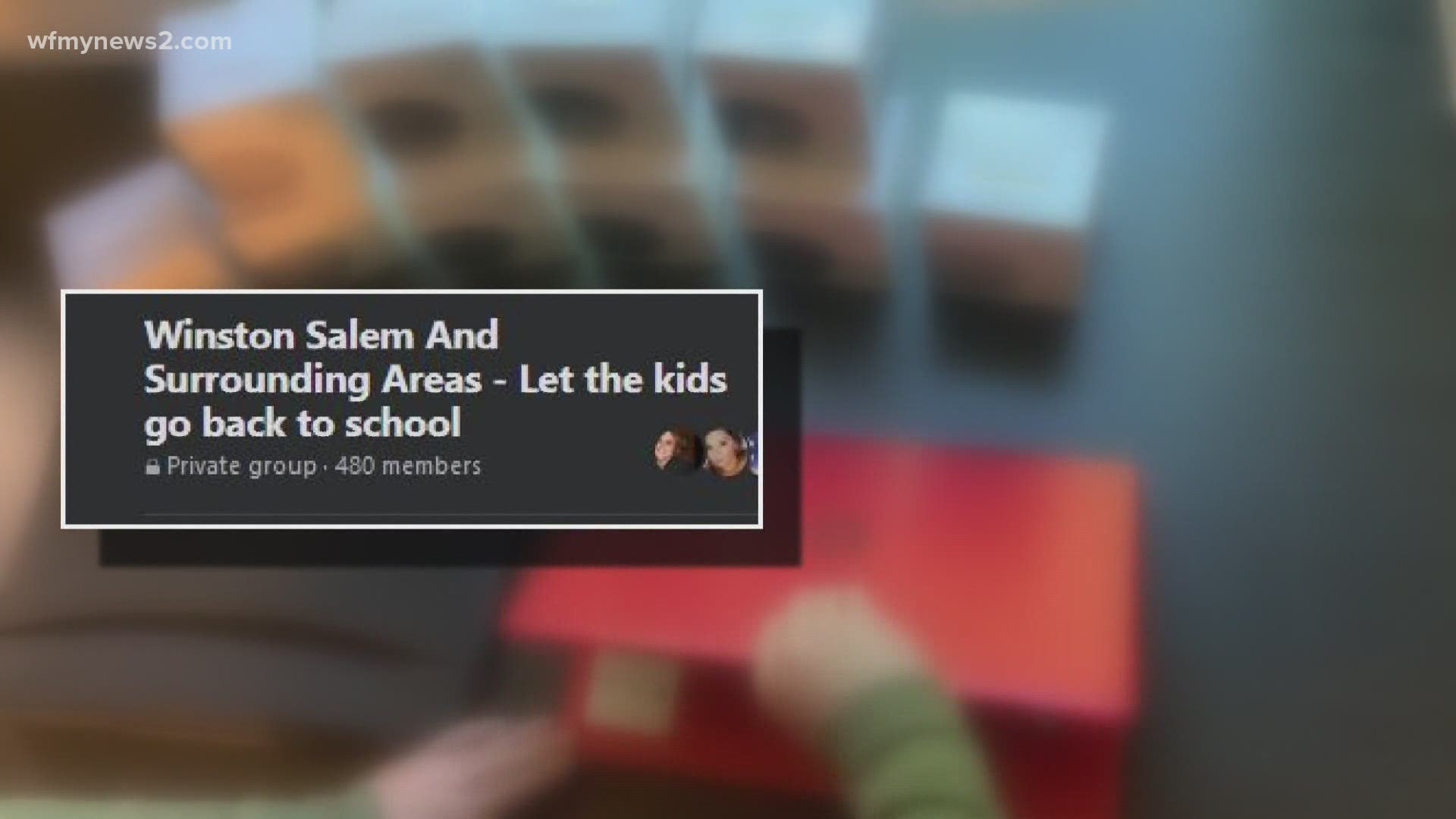 It was the last opportunity for parents to get in front of school leaders before the big reentry decision is announced on October 1.

"We want them to hear us as parents and our experiences and the struggles our children are going through with this," Ashley Wallace said. Her son is a kindergartner.

Wallace is one of about 500 members of a newly-formed Facebook group called 'Winston-Salem, Let the Kids Go Back to School.'

"It started out as a just a group to get kids back in school but it also has become very much a support group."

Wallace said some moms are attending the Board of Education meeting Tuesday night, even though the final reentry decision won't be made for another week.

"We're hoping we can sway the ones who haven't made a decision."

The district favors a gradual plan B return.

"The governor made it clear that the plan to move to plan A was an option but still might not be the right choice for many districts," Superintendent Angela Hairston said during last week's meeting.

If approved, plan B would start with pre-K students getting back in the classroom on October 26, and end with high schoolers going back January 21.

"So we should start with the lower grades and move to the higher grades and then we'll reach a point where we're back with everyone but this is a process to do that."

"If I feel safe and feel good for my child, I should have the option to send him to school."