Siembra NC says in the last four days, dozens of people have been detained by ICE. 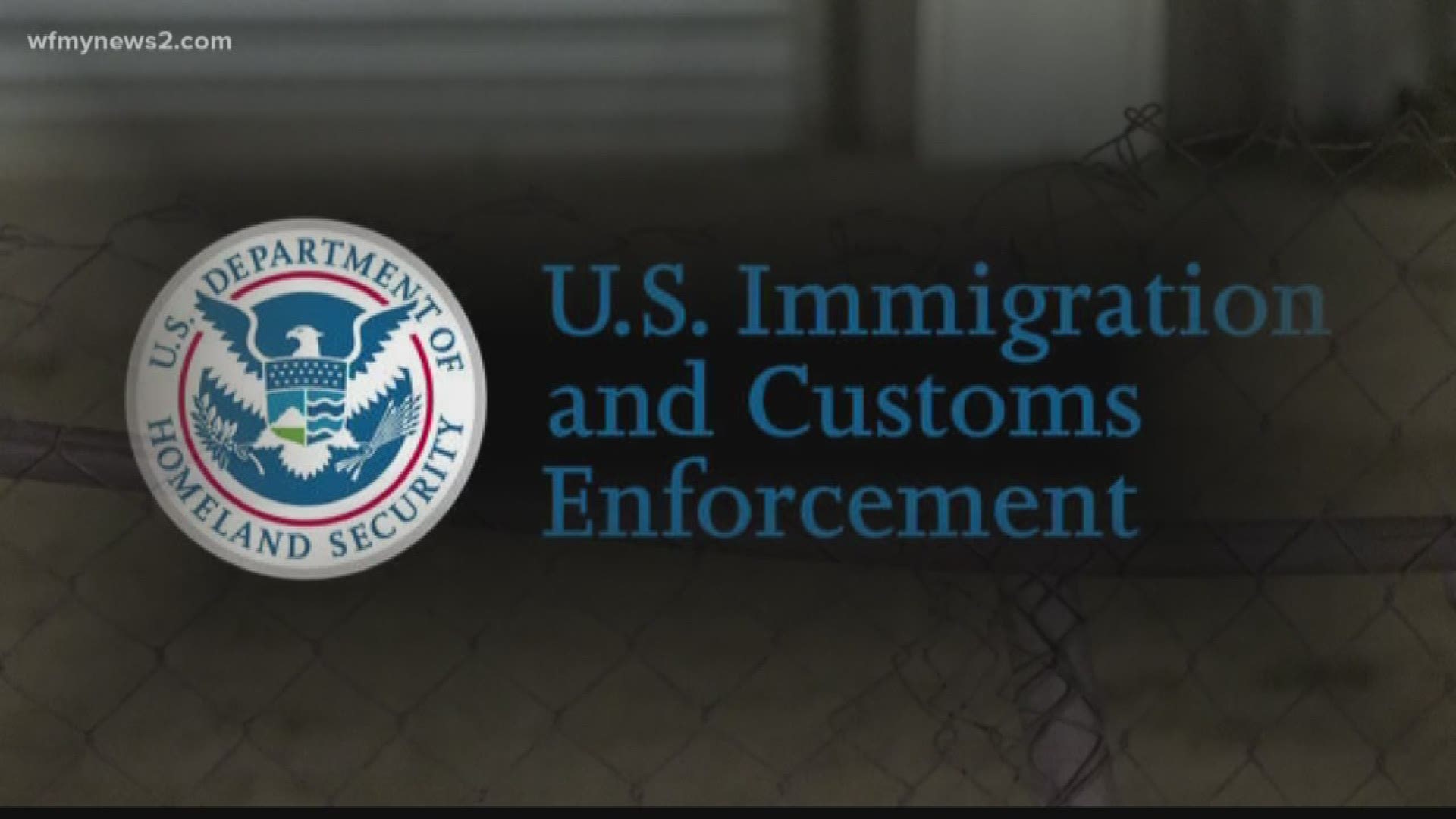 BURLINGTON, N.C. — A group that fights to protect immigrant rights, Siembra NC, says the Triad has been hit the 'hardest it's ever been hit' by ICE raids in the last four days.

On Friday, Siembra NC said at least 31 men had been detained in the Triad. The group says it has confirmed: 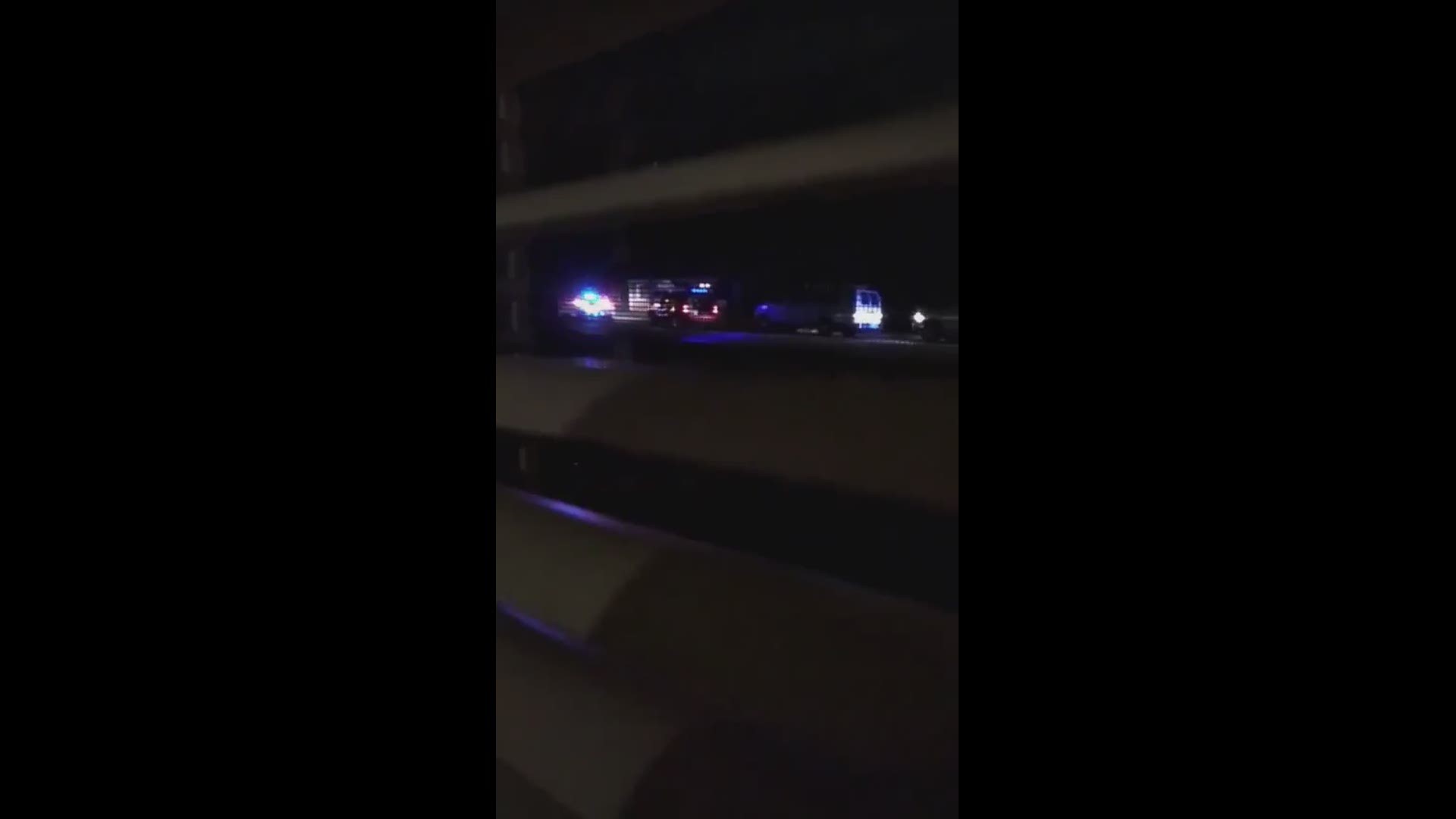 Members of Siembra NC protested the ICE raids last night outside a Holiday Inn Express in Burlington. The group says a bus that was transporting ICE detainees was parked in the hotel's parking lot, and made frequent trips to the Alamance County Jail. 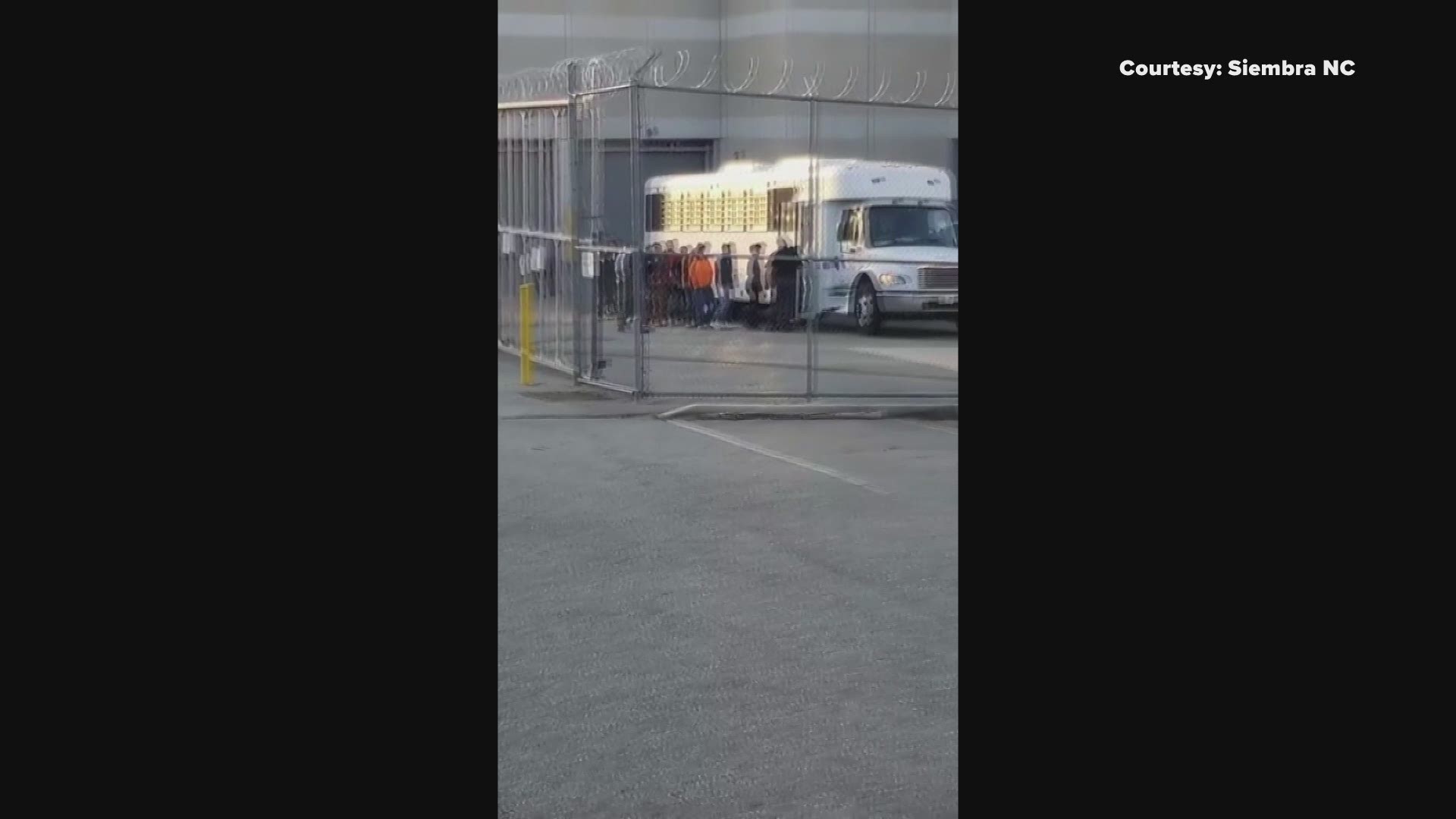 In one mobile home park off of N. Church Street in Burlington, three people were detained according to Siembra. People in that community are on edge.

"The people {are} very scared," Michy Bella said. "My daughter says 'mommy, mommy, you OK?' And I say, "Yeah, I'm OK, no problem," she says, 'Mommy but the people coming, ICE coming maybe even for you.'"

An ICE spokesperson did confirm a presence in both Guilford and Alamance Counties Tuesday and Wednesday. But they could not confirm the number of arrests made, because the agency doesn't keep track of those numbers on a daily or even weekly basis.

As to reports of ICE officers conducting immigration enforcement in North Carolina, ICE conducts targeted immigration arrests everyday as part of its ongoing mission to enforce federal immigration law. ICE has multiple offices in North Carolina, to include Greensboro, and the presence of ICE officers locally is not new. As to how ICE conducts enforcement -- ICE does not conduct any type of random or indiscriminate enforcement; the agency focuses first and foremost on criminal offenders and other public safety threats.