Reidsville is known as the football capital of North Carolina for a reason. With the most state titles in North Carolina's history. 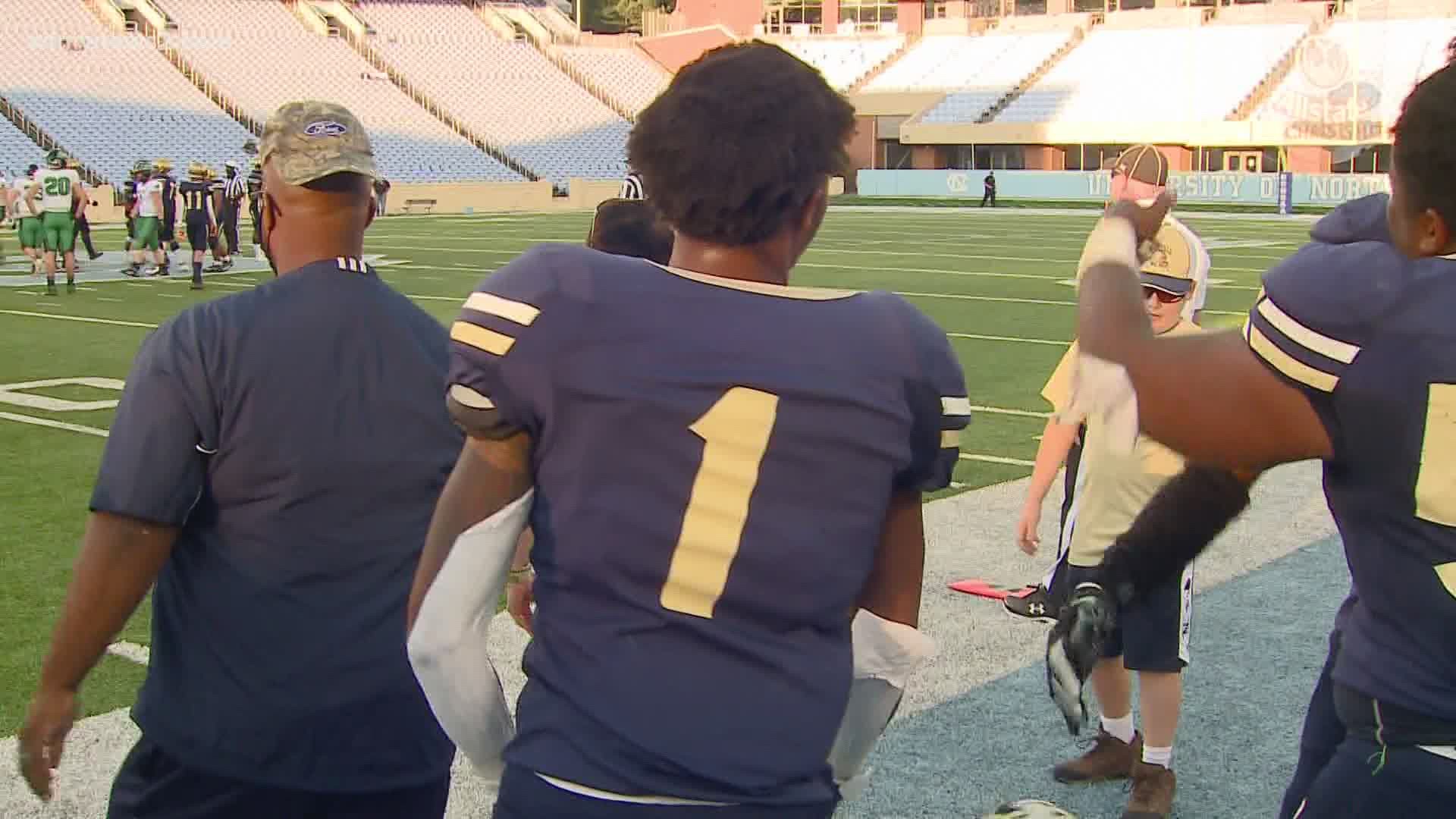 REIDSVILLE, N.C. — Reidsville is known as the football capital of North Carolina for a reason. With the most state titles in North Carolina's history the rams came into the spring 2021 season with one goal. Complete the 3-peat.

Football at Reidsville High School goes beyond the gridiron. It's more like tradition fathers, sons, grandsons. Generations of families have gone to Reidsville Senior High, and winning state titles is what they all strive for.

Head Football coach Jimmy Teague has been apart of the Reidsville football family since the early 90's.

This year makes his 8th state title with the Rams and he's glad he has been able to be apart of the great tradition of Reidsville Rams football.

"The Tradition goes back a long way in Reidsville. And football is a very important part of what our community does. It's just a blessing to be apart of this community which is now home for me."

With 22 titles, the Rams are far and away the state of North Carolina's most winningest football program. Coach Teague went on to talk about the high expectations that placed on his program every season.

"It is great to be apart of this program. We do carry or head high and we know expectations are high. When I got here in 1992 I said I wouldn't want to be apart of a program that didn't have high expectations. So the expectation is for us to be good every year so that's the reason I came."

And for the young men that have been apart of the program for the last 3 year, this past weekend was very special. I spoke with Senior Running Back Stevian Harrison and Senior Defensive Lineman Jhaki Rankin about what completing this 3-peat means to them.

"A lot of school can't do what we did. That's the best part about it. Not a lot of schools win three rings in a row."

"It's definitely rare, but first I want to the thank the good Lord for allowing us to have the abilities to be the great football team that we are and be able to bring these state titles back."