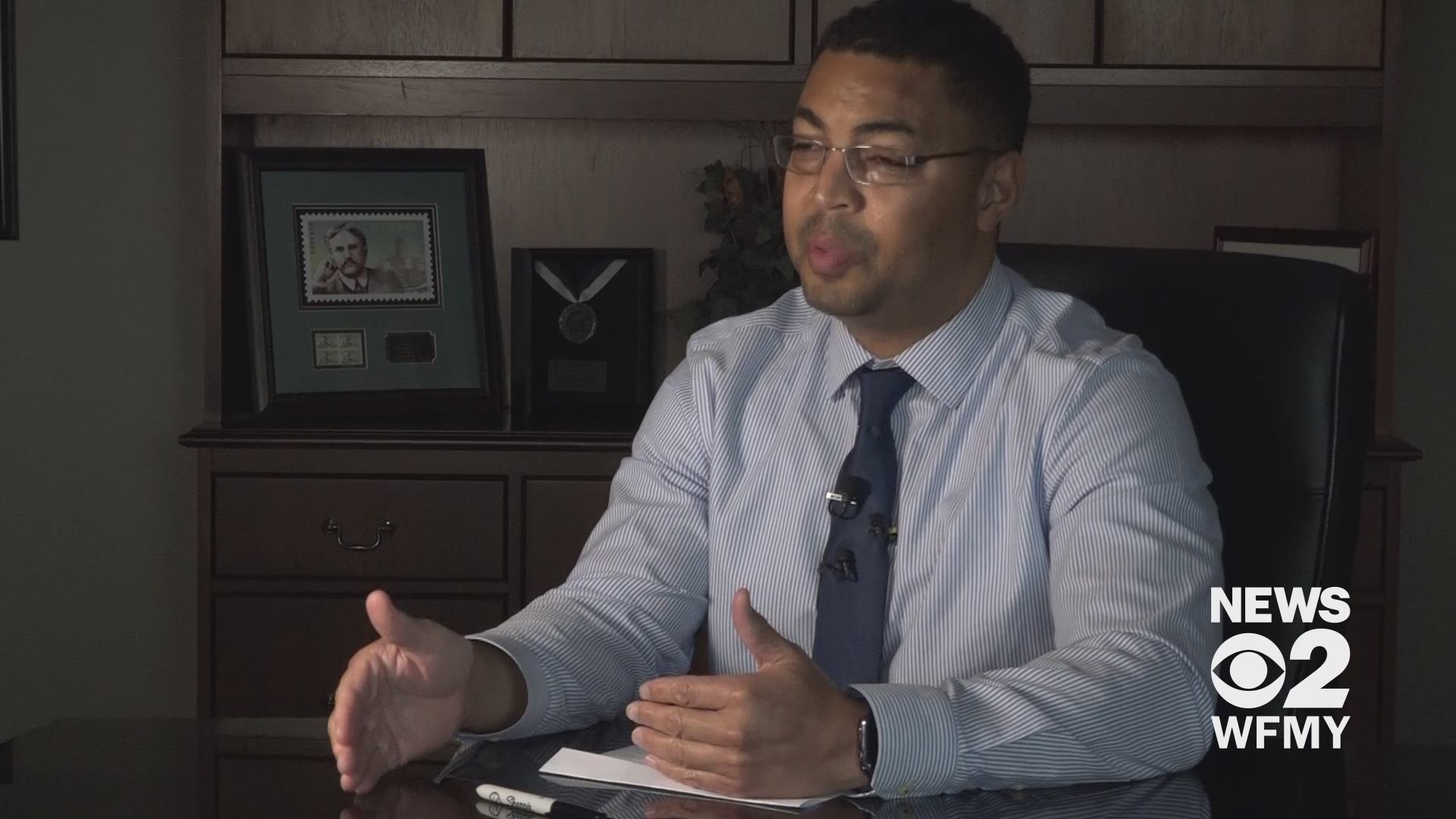 GREENSBORO, N.C. — The Greensboro Police Department announced today it has narrowed its search for the next Greensboro Police Chief to two candidates. The search began "immediately" in August with current chief Wayne Scott announcing his plans to retire in 2020, according to city officials.

Trey Davis, Greensboro's assistant city manager, said the department is well ahead of schedule to announce the new chief before Chief Scott's departure on January 31st. Davis said he does not know if the search committee will have a candidate recommendation for the city council by its next meeting, Tuesday, January 7th. Officials have not yet revealed an exact date when the new chief will be decided and publically announced.

RELATED: 39 Candidates in the Running for Greensboro Police Chief

The hiring process has been aided by Development Associates, a firm based in the Raleigh/Durham area, officials said. Davis mentioned he was especially happy with the time the firm took to interview a diverse group of candidates. The city wanted to use an outside firm to broaden the scope of the search.

"The police chief job is very important, especially to our community with the things that we’ve had, the crime the community relations," Davis said, "We thought it very important to have outside resources come out to assist us to do a national search."

The new chief will immediately face Greensboro's criminal violence issue. In 2019, the city tied Greensboro's all-time record for homicides in a year with 44 murders, set only two years prior in 2017. The new year gave no indication the trend will slow, with a triple-homicide occurring on Sweet Birch Drive on New Year's Day. In 2019, Greensboro police confiscated a record number of illegally obtained guns from the streets, more than 1,000, Deputy Chief Michael Richey said.

RELATED: Triple-murder suspect got in hit-and-run accident before arrest, driving the car of a man she allegedly killed

“As we move into 2020, yes, it was a bad start with the triple-homicide, but I think everybody’s attention has to stay on addressing the issue and putting whatever resources we need to decrease our crime," said Davis.

“We need to look at different ways to address our crime, and not only our crime, but our culture.”

Davis explained the department is not looking for "complete overhaul," but rather a leader who can innovate and use available resources efficiently. The new chief would have the choice to select a new deputy chief when hired.

"We really look forward to the new chief coming in with fresh, new ideas to address these issues,” said Davis.

The new police chief's salary has not been revealed publically.

RELATED: Greensboro ties city record for homicides in a year with 44th fatal shooting of 2019