Police say 22-year-old, Robert Granato shot and killed 32-year-old, Julius Sampson, Jr after an argument broke out between them inside BJs Restaurant and Brew House. 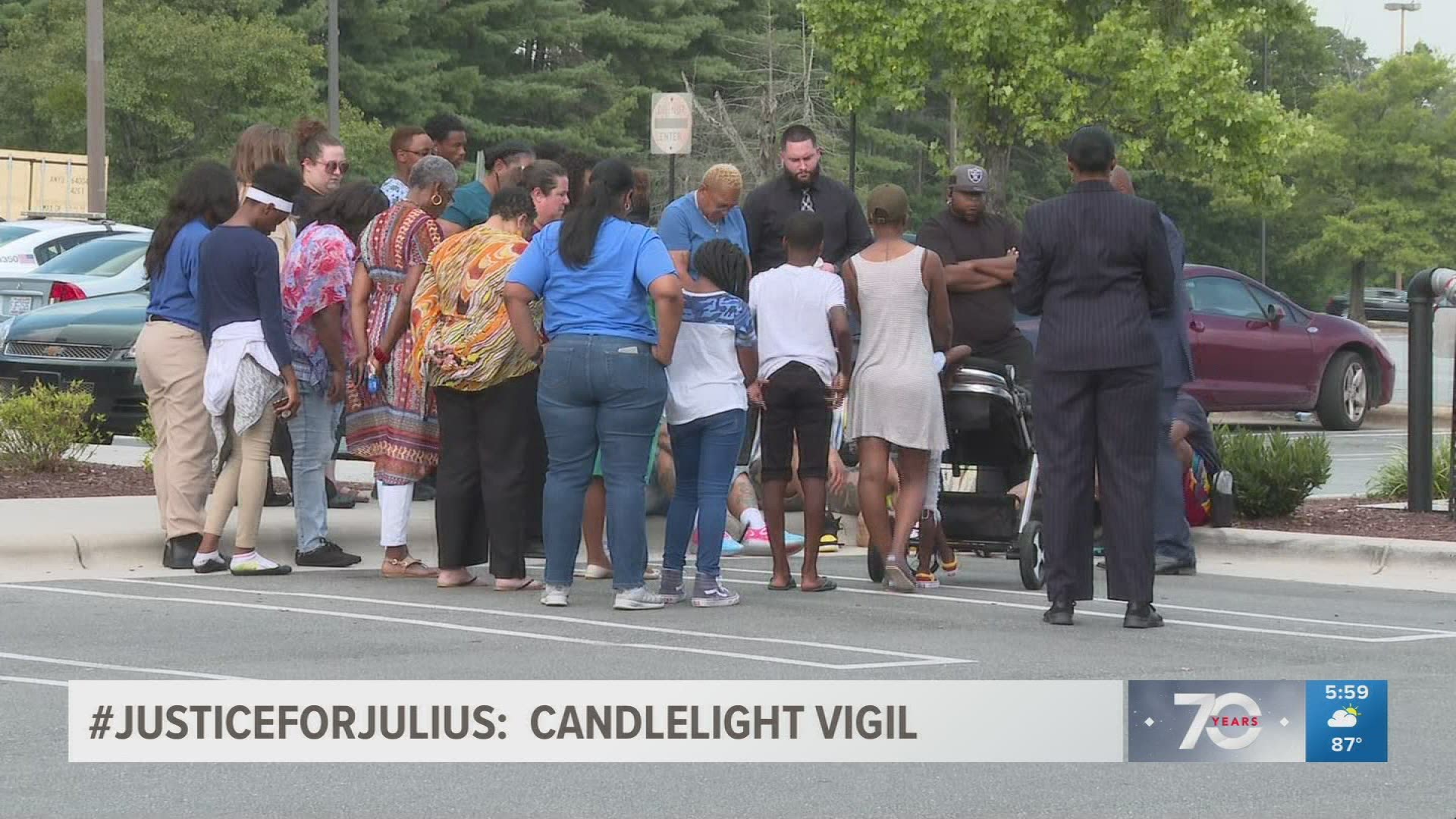 Police say 22-year-old, Robert Granato shot and killed 32-year-old, Julius Sampson, Jr. after an argument broke out between them inside BJs Restaurant and Brew House. It continued into the parking lot near Hanes Mall Tuesday, where witnesses said Granato was waiting with a gun.

Police said Sampson was defending a waitress who was being harassed by Granato who police believe was intoxicated and being belligerent.

As new details unfold, family and friends hosted a vigil, to remember the newlywed and father of three as a man who wanted to make his community better.

People who knew Sampson say they were not surprised he was helping someone else out because that's who he was.

"A great individual, a great father, a great husband, a great friend and a great barber," recalled Latonya Moore who knew Sampson from when he was a student at the Winston-Salem Barber School.

Granato, of Winston-Salem, was charged with murder and firing a concealed weapon while intoxicated.

He is expected in court Thursday.

Greg Levin, President of BJ's Restaurants released a statement in response to the tragedy.

"We are deeply saddened by the tragic incident that occurred outside of our Winston-Salem restaurant on Tuesday. Our thoughts are with the victim's family and loved ones, as well as our guests and team members affected by this incident. We are grateful for local law enforcement and emergency responders, and are working closely with the proper authorities in their investigation."

"On behalf of our entire city, I offer sincere condolences to the family of Mr. Julius Randolph Sampson. Please be assured that the city is fully investigating this terrible tragedy. While we are uncertain as to the totality of the crime, be assured that we will investigate all aspects of the person or persons involved and take any and all appropriate action as a result of the investigation."