"The threat included a Google Map overview of High Point Central High School," the press release said, not adding any further details about the nature of the threat. 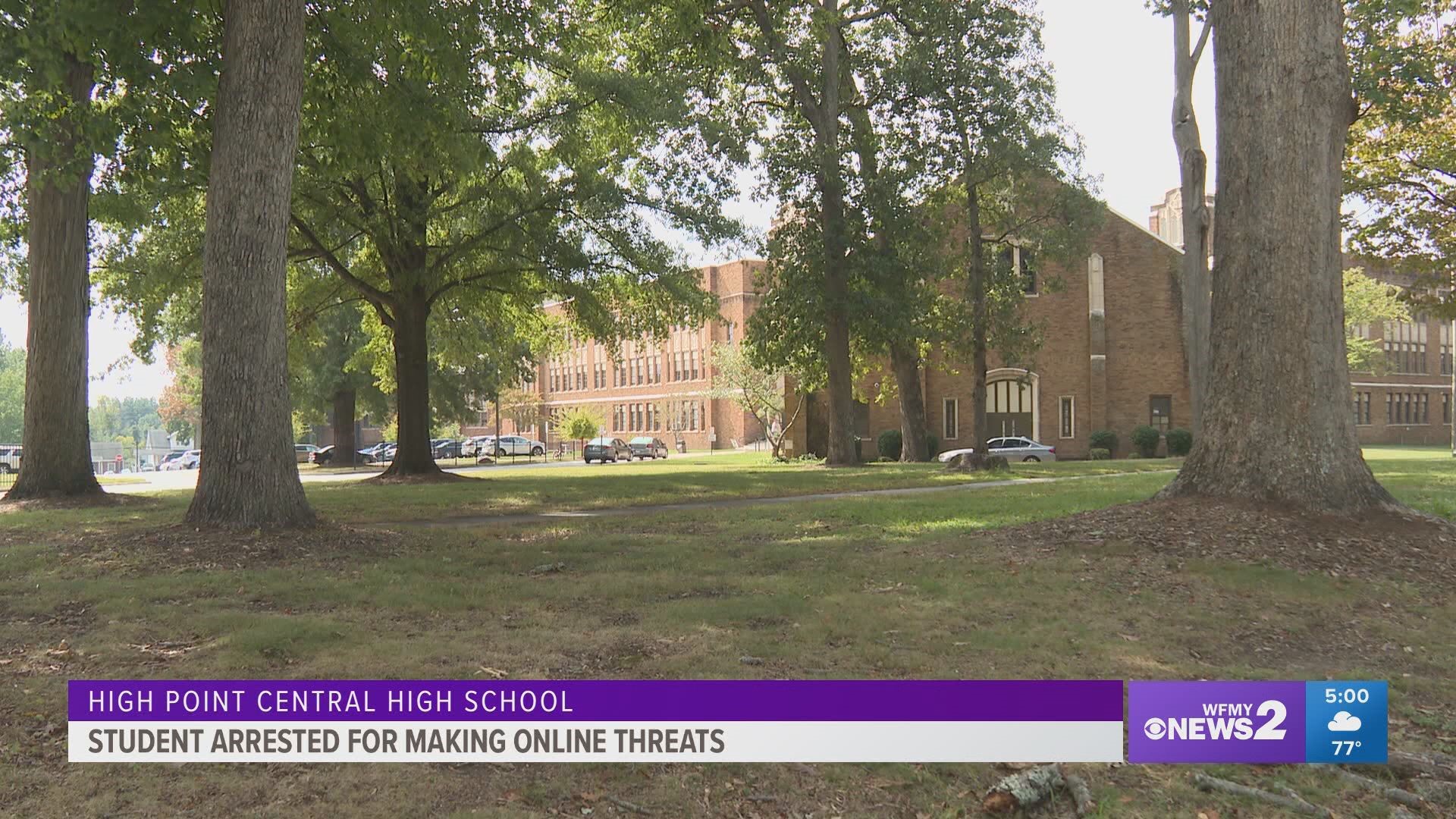 High Point police said a juvenile was arrested Sunday after posting a threat on social media involving the school. The juvenile was placed in the Guilford County Detention Center.

Police said they got a call Sunday around 1 p.m. about the threat posted online.

"The threat included a Google Map overview of High Point Central High School," a press release said, not adding any further details about the nature of the threat.

Police and school officers determined the threat was not credible and worked to identify the person who posted the threat.

"As a result of the investigation, a juvenile was arrested and placed in the Guilford County Juvenile Detention Center for false report of mass violence on educational property," police said.

Police said it's important to report school threats, not repost them online.

Anyone with information about violent crime or illegal activity is asked to contact Crime Stoppers of High Point at 336-889-4000 or Download the P3 mobile app for IOS or Android.