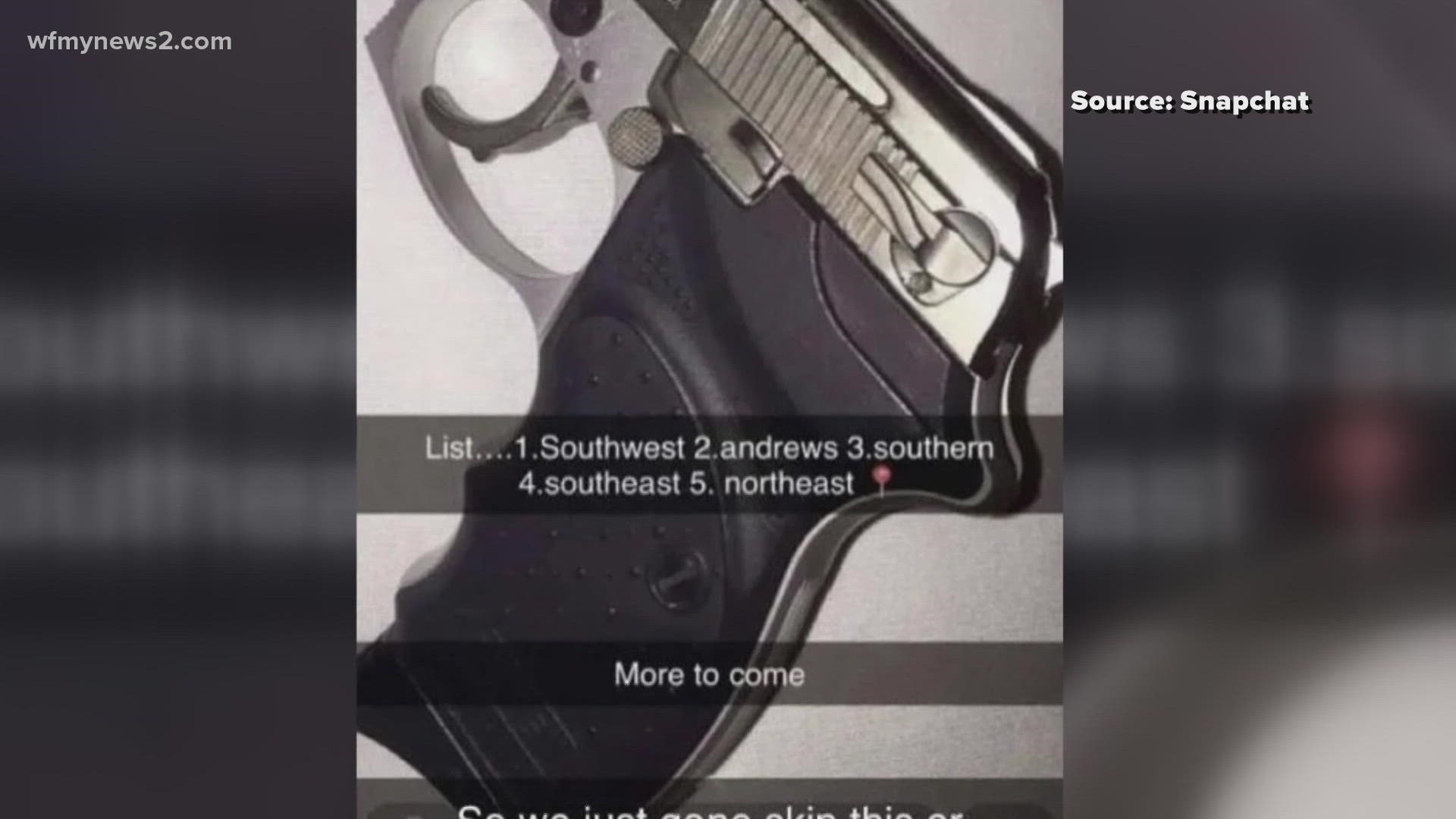 HIGH POINT, N.C. — An 18-year-old was arrested Monday after High Point police were inundated with tips and information about a social media threat.

High Point police officers said they began receiving calls from teachers, students and community members about the threat on Snapchat around 11 p.m. Monday.

"(My daughter) sent me the thread of the message. It was on Snapchat and I went on social media and I saw everybody already posting about it anyway," Christina McNeil said.

McNeil's daughter is a student at Southwest Guilford High School.

Investigators found that the threat came from Kayshaun Williams, 18, a Southwest High student. Police said they watched Williams' home while they got a search warrant. Officers searched Williams' house and did not find any guns or weapons, police said. Investigators found that the pictures of the pistol and rifle used in the threat were copied from the internet.

The arrest along with extra police presence made McNeil's daughter feel safe enough to go to school Tuesday but some of her classmates did not.

"She said there were 17 students missing out of a 23-student class. I guess a lot of people stayed home," McNeil said.

Pollina also opted to send her son to school but she and his family made him keep his phone in his pocket, just in case.

She admits her anxiety extends beyond school hours.

"It's happening everywhere. It happens in the market, it happens at the gas station and it happens in your neighborhood. Just random shootings you're hearing about," Pollina said.

Police said they do not believe the incident was gang-related but instead a conflict with other students.

Security at High Point schools was increased for the peace of mind of the parents and students, police said.

This is Williams' first adult arrest. He is charged with false reporting of mass violence on educational property.