3 charged with murder after man shot, killed in McDonald’s parking lot in Greensboro

It happened at the corner of West Wendover Avenue and Bridford Parkway Monday morning. 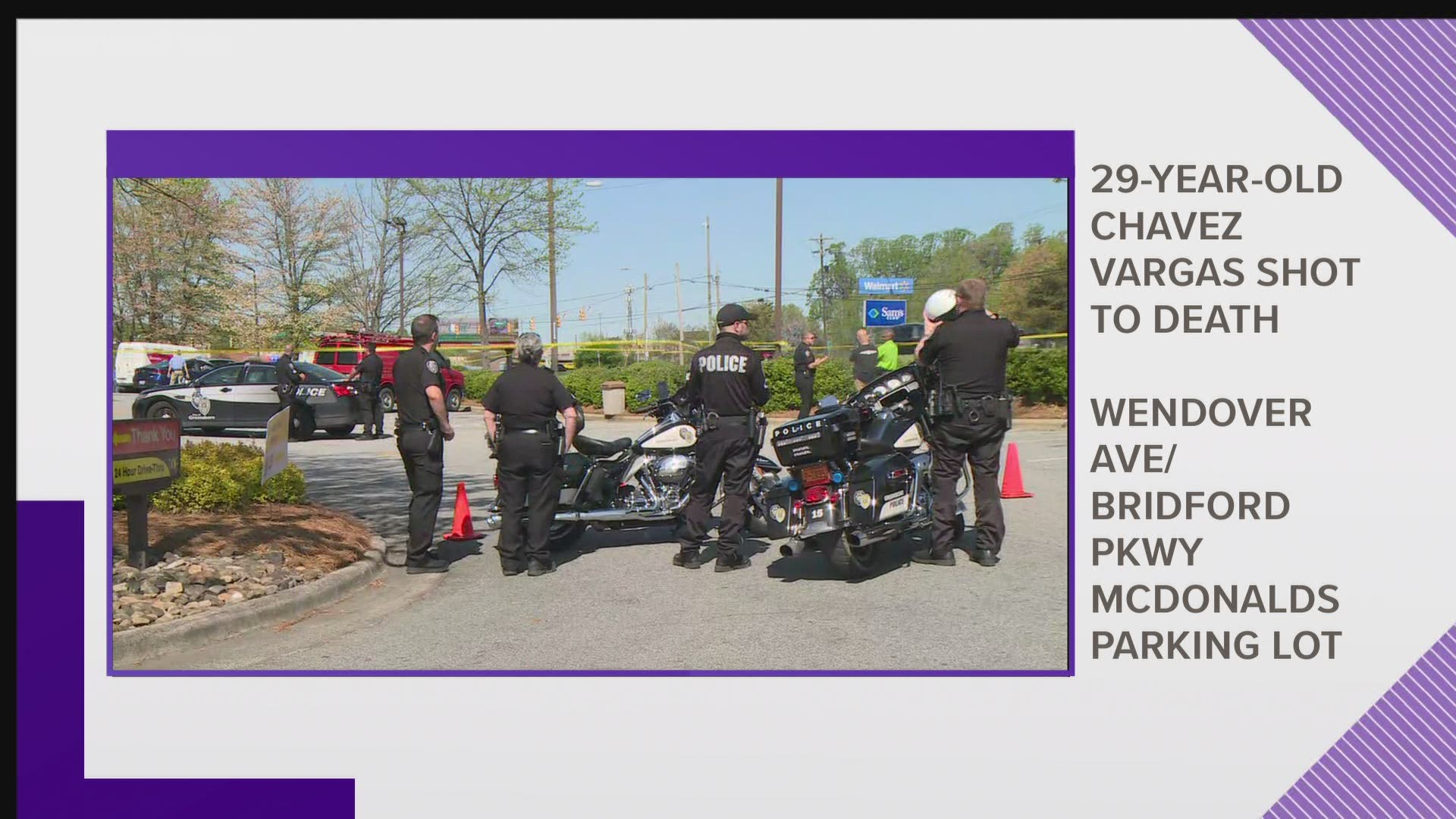 GREENSBORO, N.C. — Three people are facing first-degree murder charges after a man was shot in a McDonald’s parking lot and later died.

Police said Chavez Laquan Vargas, 29, of Winston-Salem was shot Monday morning after 9 a.m. in the restaurant's parking lot at the corner of West Wendover Avenue and Bridford Parkway. Vargas later died from his injuries.

Joshua Lapree Padgett is charged with first-degree murder, robbery with a dangerous weapon, conspiracy to commit robbery and possession of firearm by felon.

Justin Jones and Nicole Angelina Newby are charged with first-degree murder, robbery with a dangerous weapon and conspiracy to commit robbery.

All three are being held at the Guilford County Jail with no bond.

Happening now: Greensboro police and CSI are on scene in response to a shooting at the McDonald’s located at the intersection of West Wendover avenue and Bridford Parkway. @WFMY pic.twitter.com/aviio6pjI6