A contractor takes off with Winston-Salem couple's $4,000 deposit

It's not unusual for a contractor to ask for some money up front before starting a job. In this case, the contractor pocketed the $4,000 deposit and took off. 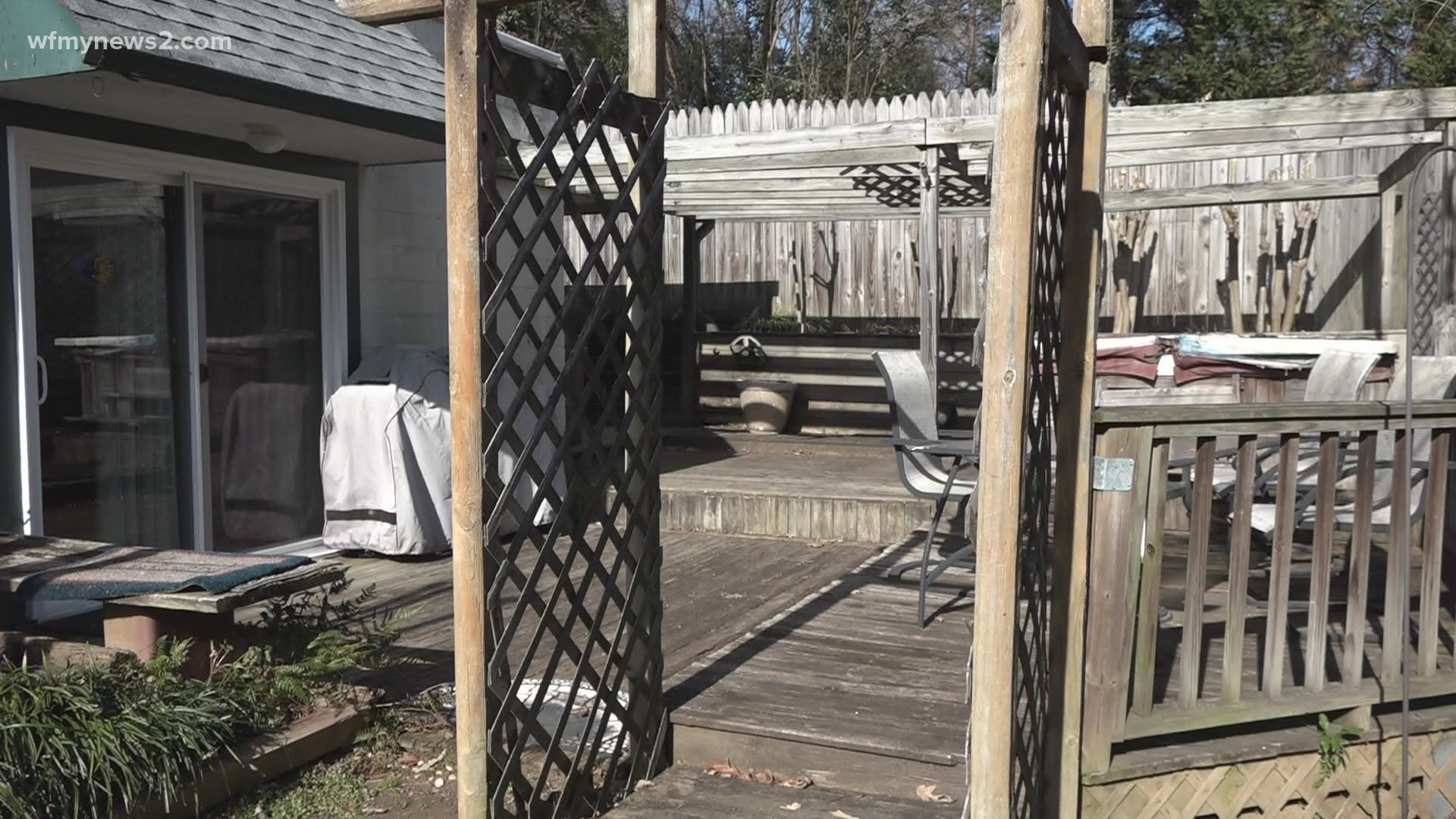 WINSTON-SALEM, N.C. — Lynn MacMartin had been thinking about it for a few years. It had been a long time coming, and she and her husband finally decided it was time to update their outdoor space.

“I think once the pandemic started and you sit around your house all day and start to see the things you could do,” MacMartin said.

The couple decided it was time to update the backyard and replace the old rotting wood deck with a concrete patio. The wood deck was there before they purchased the home and several pieces were rotting and cracking.

“I did get different quotes and talked to different people,” MacMartin said.

After sifting through quotes and reviews from several companies, MacMartin settled on one. The salesperson came out to the house and MacMartin signed a contract.

“He was a good salesman. I liked him,” MacMartin said.

The contract called for MacMartin to pay $4,000 up front and upon completion, pay the remaining $9,000. The plan was to start the work sometime around November of last year.

After that contract was signed, that was the last time MacMartin ever saw anyone from the company. She was able to eventually reach the salesperson who told MacMartin he was no longer with the company and could not help her.

“I sent emails and called all the time and there was no response,” MacMartin said.

By now, it had been almost three months since MacMartin signed the contract and she had almost given up on getting her $4,000 back.

“(My husband) said why not call (News 2), we know you advertise about how you can help people,” MacMartin said.

Once MacMartin called us, we spent the next few months trying to reach or find the owners. We made several calls and sent several emails with no response. One of the phone lines had been disconnected.

While we continued to try contacting the owners, we also reached back out to MacMartin to provide an update. While talking about what she could do moving forward, we asked how she paid for the deposit. MacMartin paid with her credit card, which turned out to be a very wise decision.

“You suggested we call our credit card company. (They) not only investigated, (they) refunded our money,” MacMartin said. “It was unbelievable. I didn’t expect it, you know, it was like we didn’t know and then the money just showed up as a credit.”

We continued trying to locate the owners but have yet to find them. In this case, there is a good chance the MacMartins would have been out $4,000 had they not paid with a credit card. Had they not been reimbursed, they could have sought legal action, but finding the owners could have proved difficult, and collecting the money even if they won in court is often challenging.