Can Triad confederate monuments be removed? 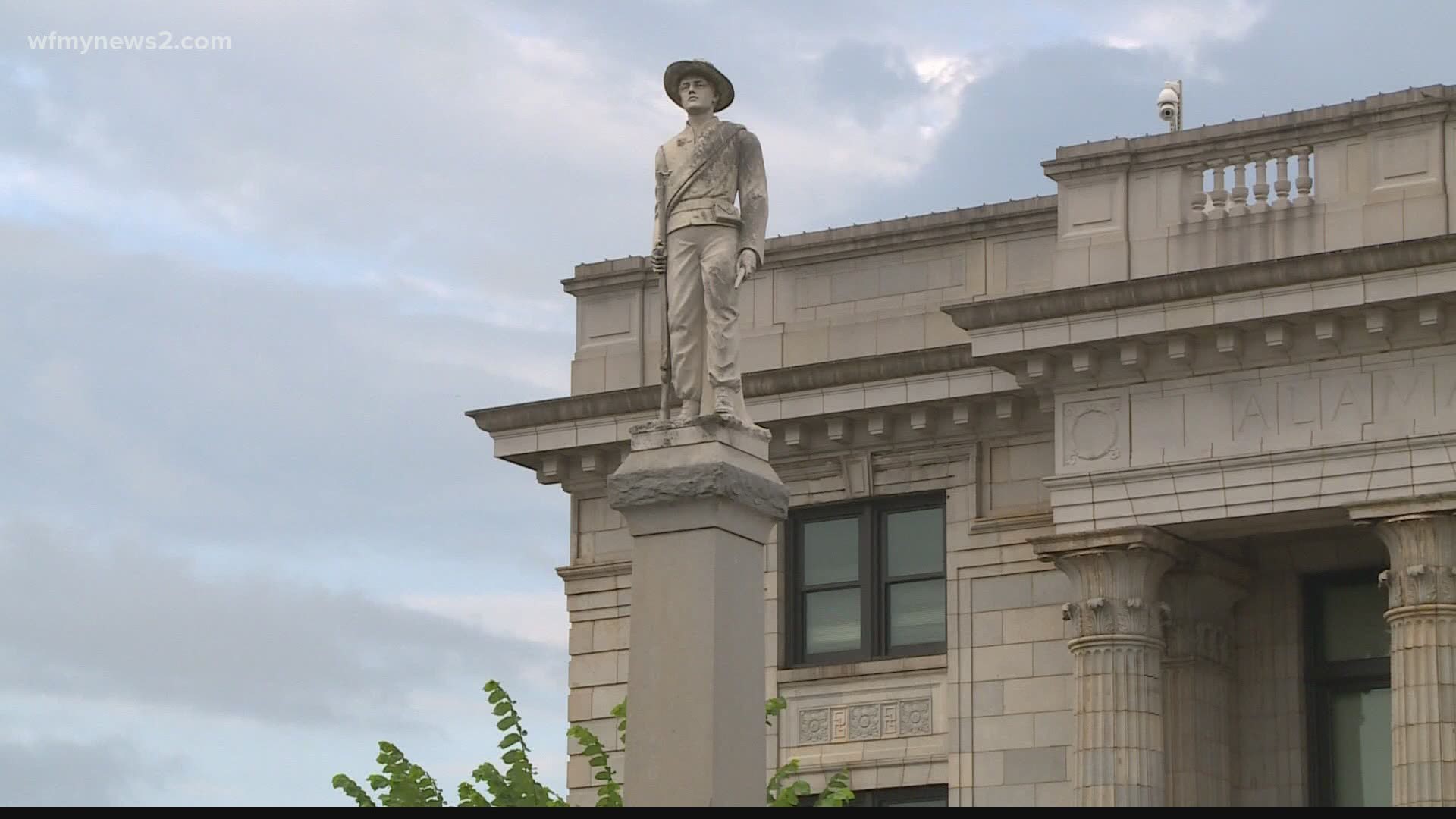 GRAHAM, N.C. — We've seen confederate flags and monuments taken down, forcibly or by choice, across the country in the wake of George Floyd's death.

So we checked in on the state of confederate statues in the Triad.

There's an online petition calling for the take-down of the confederate soldier in front of the old courthouse in Graham.

The petition has more than 12,000 signatures as of Thursday, and is addressed to Graham Mayor Jerry Peterman.

Mayor Peterman said he is aware of the petition, and has discussed it with his city council members.

"The state does protect the statues right now, and we swore to uphold the laws of the state and the constitution of the United States," Mayor Peterman said.

He does not have control over the fate of the statue, because it's standing on the North Carolina Department of Transportation's property.

"Everyone assumes that it's within the city of Graham’s purview, but it is not," the mayor explained. "The statue is standing on NC highway 87, a road that’s maintained by the DOT and actually owned by the United Daughter's of the Confederacy."

Mayor Peterman said the complaint must be addressed on a state level, not a local level because the law protects confederate monuments on public property.

"If I was wanting to take it down, I would go through the state legislatures wherever you’re at, it would be for the entire state they can’t do it just for Graham."

Mayor Peterman said he wants to keep the conversation going.

"We’re there, we’re open to the public so everybody can call us and let us know what their feelings are about this."

The monument in Graham has stood tall since 1914.

The confederate monument in Winston-Salem was taken down in March of 2019 by the city, at the request of the owners of the private property it stood on.

The plan is for it to be moved to Salem Cemetery.

More than a year later, Mayor Allen Joines said that it's still sitting in storage because the United Daughter's of the Confederacy's lawsuit against the city is still active.