VERIFY: This Is Not A Funnel Cloud But Likely An Arcus Cloud

A viewer snapped this picture last week and worried about its funnel-like appearance. 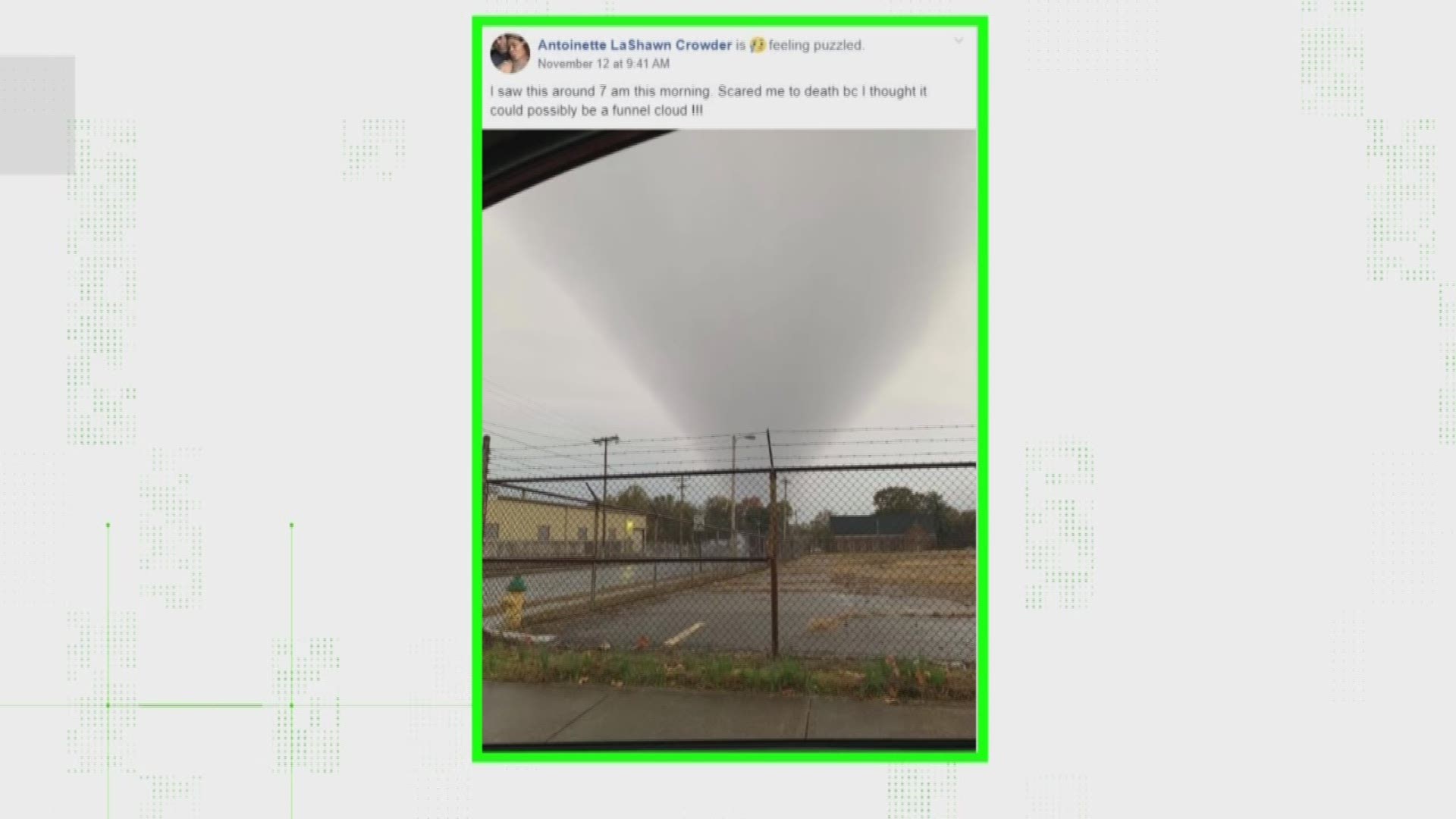 GREENSBORO, N.C. — If you looked up at the sky and saw a funnel-looking shape, you might strongly consider taking cover...quickly. But, what if that ominous cloud weren't really a threat?

WFMY News 2 viewer Antoinette Crowded posted this picture on the WFMY News 2 Weather Network page November 12. She wrote, "I saw this around 7 a.m. this morning. Scared me to death, because I thought it could possibly be a funnel cloud!!!

WFMY News 2 meteorologist Terran Kirksey examined Crowder's picture and said, "It's hard to tell exactly what it is just by looking at the picture. However, I can confirm it's not a funnel cloud."

Kirksey explained funnel clouds extend down toward the ground. The cloud in question in the picture is parallel the ground, because the sides look like they get closer together as the cloud gets farther away from the place where Crowder took the picture.

"Also, funnel clouds are generally associated with convection, like thunderstorms, but we didn't have any thunderstorms the day the image was taken," Kirksey said.

So, what is the mysterious cloud in Crowder's picture? Kirksey guessed it is an arcus cloud or asperatus undulatus cloud.

"Both of these types of clouds can look kind of like a paper towel roll or a tube."

An arcus cloud forms from the outflow of a thunderstorm or on the leading edge of a cold front and presents in two types -- a shelf cloud and a roll cloud.

An asperatus undulatus cloud generally forms from gravity waves in the atmosphere. The up-and-down motion of air due to gravity waves can cause the clouds to take on "wavy" patterns.

"Since we did have a strong cold front move through the area the day the picture was posted, I believe it's probably an arcus cloud that formed on the leading edge of the front."

The cloud in question in the picture is not a funnel cloud and most likely is an arcus cloud, which is not harmful.

RELATED: VERIFY: Why You Feel 'Colder' In The Shade In Fall

Do you have a VERIFY inquiry? Reach out to Meghann Mollerus via: