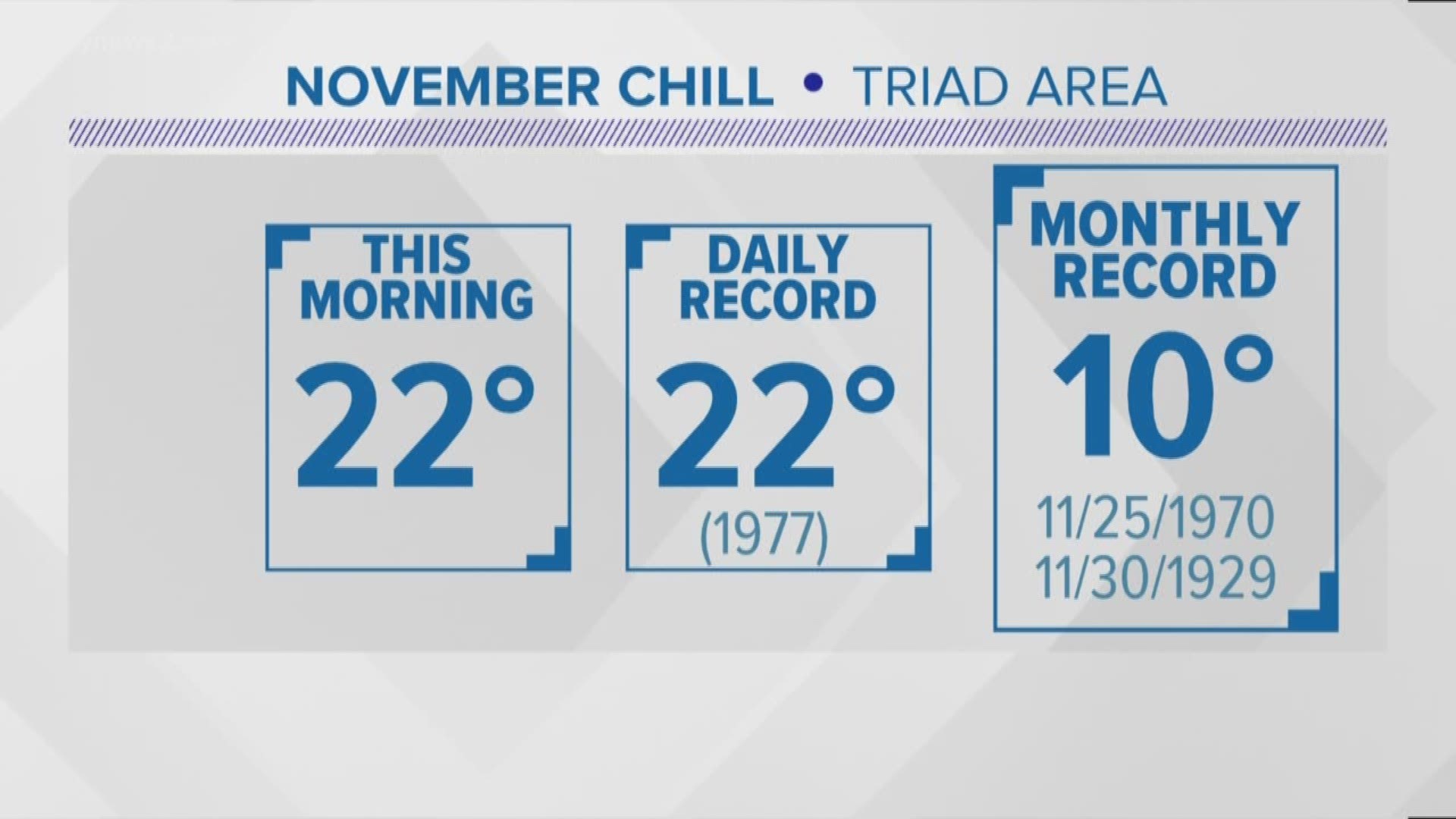 GREENSBORO, N.C. — Editor's note: At the time of our VERIFY report on the Good Morning Show, the temperature was at 22 degrees and tied only the previous daily record on November 13, 1977. But we dropped a couple degrees since then, and we now have a new record low for this day.

A big chill is infiltrating most of the U.S., and the Triad is in Mother's Nature's icy grasp. Unseasonably cold temperatures are forcing us to swap the fall sweaters for winter parkas.

With a bitter morning low of 20 degrees, is Wednesday, November 13, 2019 the coldest November day on record?

Kirksey explained the 20-degree low temperature broke the day's record of 22 degrees set on November 13, 1977, but it did not break the month's record.

The average high temperature is 62, and the average low is 41 for this time of year.

RELATED: VERIFY: Why You Feel 'Colder' In The Shade In Fall

RELATED: Yes, A Snowy Winter Last Year Could Mean A Drier One This Year