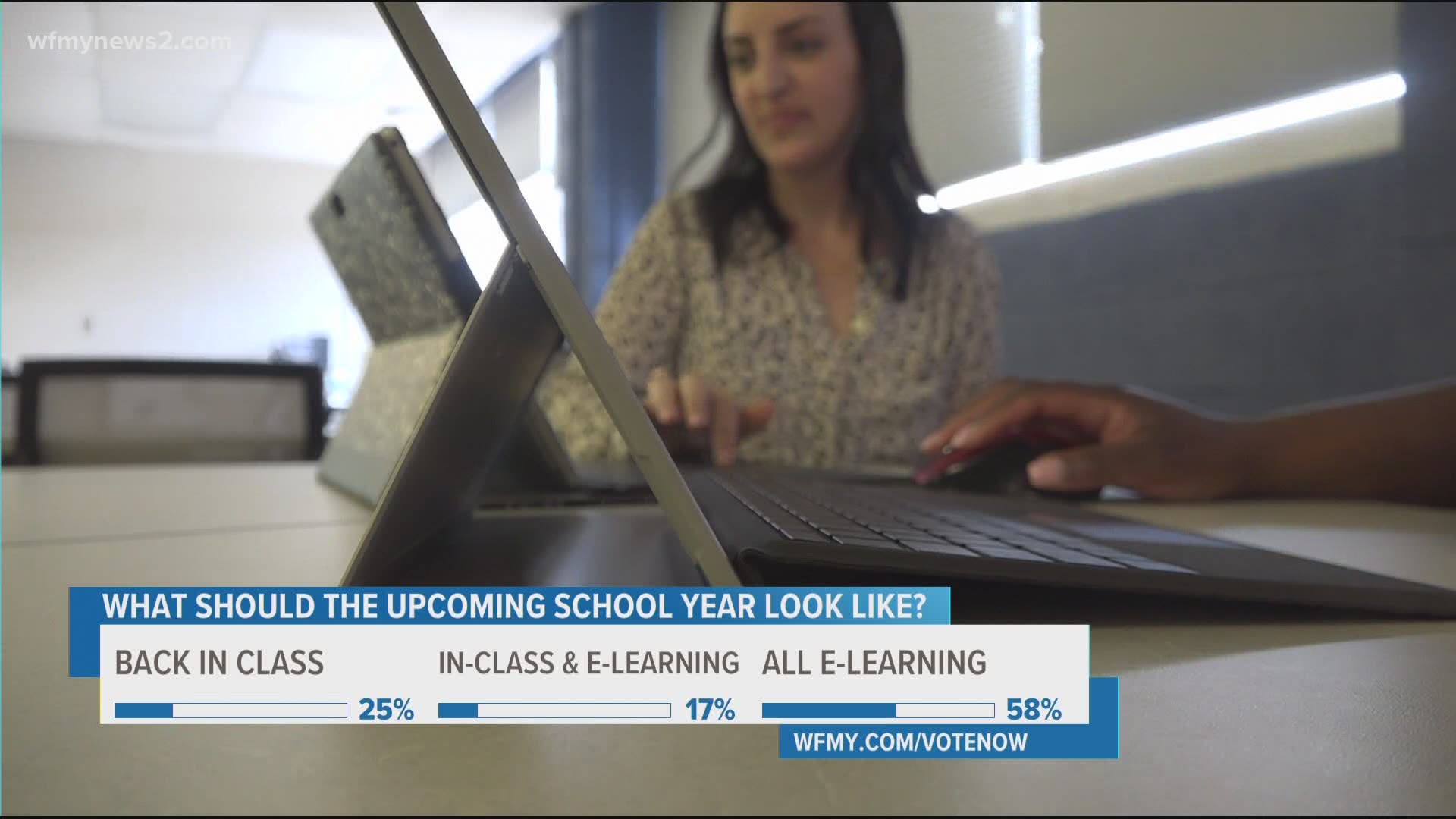 GREENSBORO, N.C. — As school districts across North Carolina await Governor Roy Cooper's decision on the fate of schools in the upcoming academic year, many are preparing their contingency plans.

Guilford County Schools district received approval from the state to implement two new virtual schools for the upcoming academic year. The two programs include the Guilford eLearning Virtual Academy which would be for grades K-5, while grades 6-12 would use the Guilford eLearning University Prep Academy. These virtual learning options would be available whether or not schools reopen for in-person learning in August.

At the emergence of the coronavirus pandemic, families were saddled with the responsibility of academic instructions and thrust into mandatory home-school format when schools were forced to close in March. Many parents have mixed feelings and concerns about the upcoming school year and the issue of virtual learning and reopening for in-person learning.

"Doing virtual, they are not learning anything, they don't have hands-on, they don't have teachers that are teaching the materials that need to be taught to children at the school," said Caryn Long a mom of two twin boys in the 4th grade.

"Virtual is looking at a computer doing it virtually, trying to figure out what they're supposed to be doing when they don't have any idea what they're doing," she said.

"Parents can't work full-time jobs and teach kids, they just can't and it's impossible. We don't want to lose our jobs. We want our kids to have a better education and with the way things are going it's not looking good," added Long.

Another GCS parent said she doesn't see signs that make her comfortable enough to put her kids on a school bus to head to school.

"We're not ready. We have to think about our neighbors. We're all in this together. You've got to also think about some of the teachers who probably have pre-existing health conditions," said Shandalyn Elias of Greensboro.

Elias has three boys, a 14-year-old and 12-year-old twins, in the school system and she said the safety of the kids should be paramount.

"It's going to be kinda hard for the kids to go back to school but at the same time as parents, think about it, I'll rather my child be safe than my child be sick and the possibility of not being with me anymore," said Elias who lost two family members in New York to COVID-19.

School board members will discuss school reopening for the next academic year during an online work session on Thursday. GCS has a 150 person task force helping with plans for next year.

In late May, Winston-Salem Forsyth County Schools launched their Virtual Academy which has the option for grades K-12 to take part in exclusively online instruction. Enrollment for that began in June and is still ongoing.

RELATED: What will school look like in the fall? Teachers prepare for all scenarios

RELATED: North Carolina students to be screened for COVID-19 before returning to school