Maryann Tucker was doing a Facebook live when she captured the tornado on video while riding in the car along the South Church Street area. 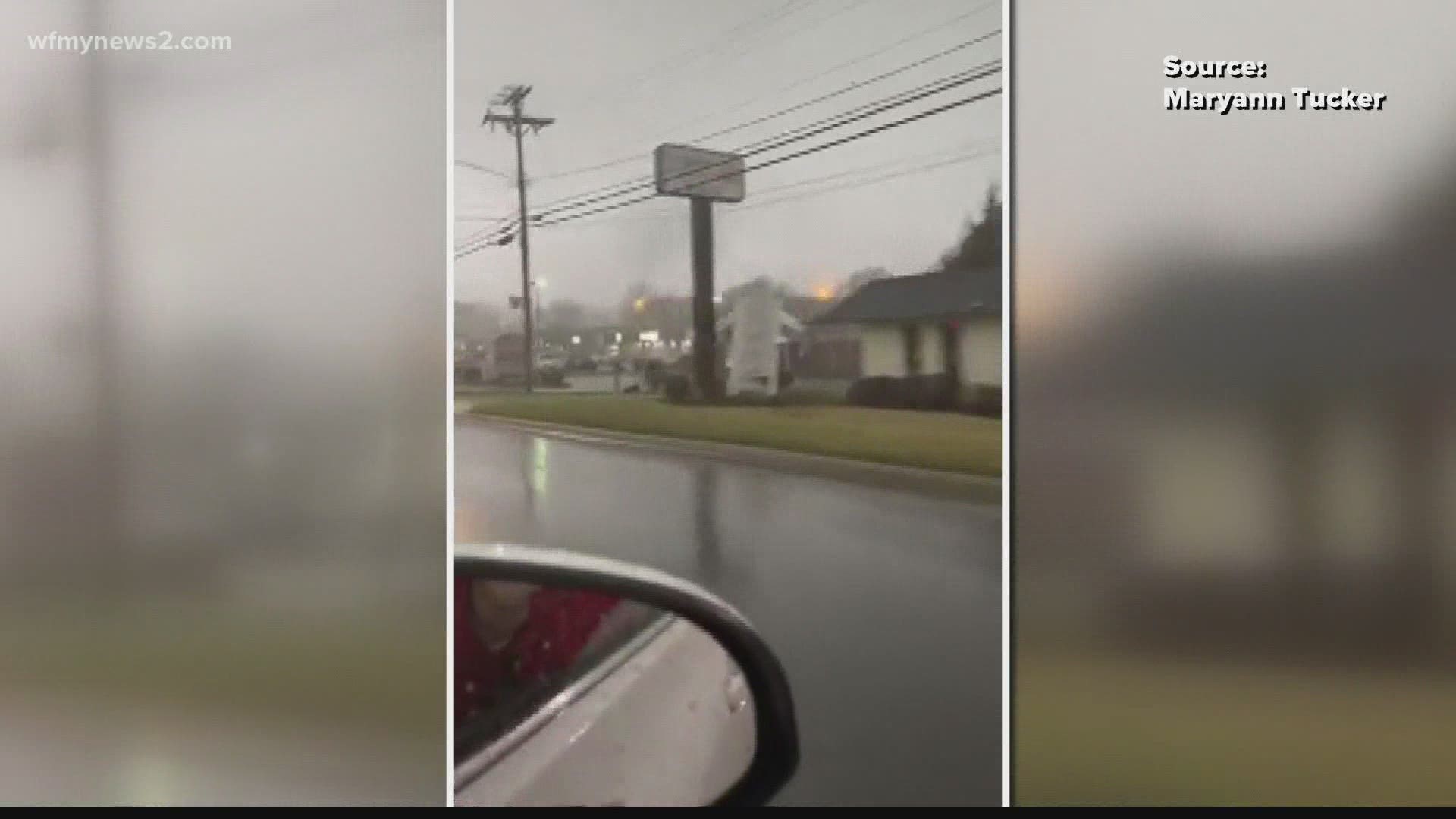 BURLINGTON, N.C. — A Burlington woman couldn’t contain her excitement while capturing a tornado on video.

Maryann Tucker was doing a Facebook live when she captured the tornado on video while riding in the car along the South Church Street area.

"We had to go pick up supper so I was like, we'll just go, and we should be home before it gets to us," she told WFMY News 2 on Friday.

On the way back from picking up supper, when she realized she wouldn't miss the strong storm. On the drive, she witnessed the now-confirmed EF-1 tornado passing through Guilford and Alamance County.

"It was absolutely amazing, it was some thing that you see on TV and I know people who have seen them before, but I've never seen one. It was just really cool."

Once she got back home, Tucker learned it would have been a close call either way, as the tornado's path was only a mile or so from her house.

Tim Hensley captured this image of a possible funnel cloud also in the Burlington area.

Credit: Tim Hensley
Photo captured by Tim Hensley of what looks like a funnel cloud in Burlington

The National Weather Service has not confirmed the tornado at this time but WFMY News 2’s Meteorologist Tim Buckley said it is in fact a tornado.