'It Was A Spiritual Experience': Liberty Man Says He Captured A UFO On Facebook Live

LIBERTY, N.C. — Are we alone in this universe, or is there extraterrestrial activity we just aren't aware of?

If you ask Daniel Patterson of Liberty, he'll tell you there's more than meets the eye.

On a January afternoon, he was chatting on a Facebook live video in the middle of the woods when he captured something unusual.

RELATED: How To Report And Track UFO Sightings, Other Strange Things To Know About UFOs

"I didn't know it was there it was brought to my attention by someone else that's on in the video and said, 'Hey Dan, did you see the UFO?' and I said no," Patterson said.

Patterson says he was talking about the universe when something whizzed by his head.

"I believe it’s a tech that’s not privy to our knowledge and maybe something from history that’s actually been kept a secret," Patterson said.

He says it was a "spiritual experience."

"For me, the Holy Spirit was present in those moments," Patterson explained.

If you watch the video, something bright does fly by.

The National UFO Reporting Center lists the state as one of the top ten states for reported sightings with close to 3,000 last year.

They aren't the only organization to track UFOs. The Mutual UFO Network (MUFON) does this as well.

The organization says they use a more scientific approach to identify potential UFOs.

PHOTOS | Is It A UFO? You Decide! Sightings From The Triad And Beyond! 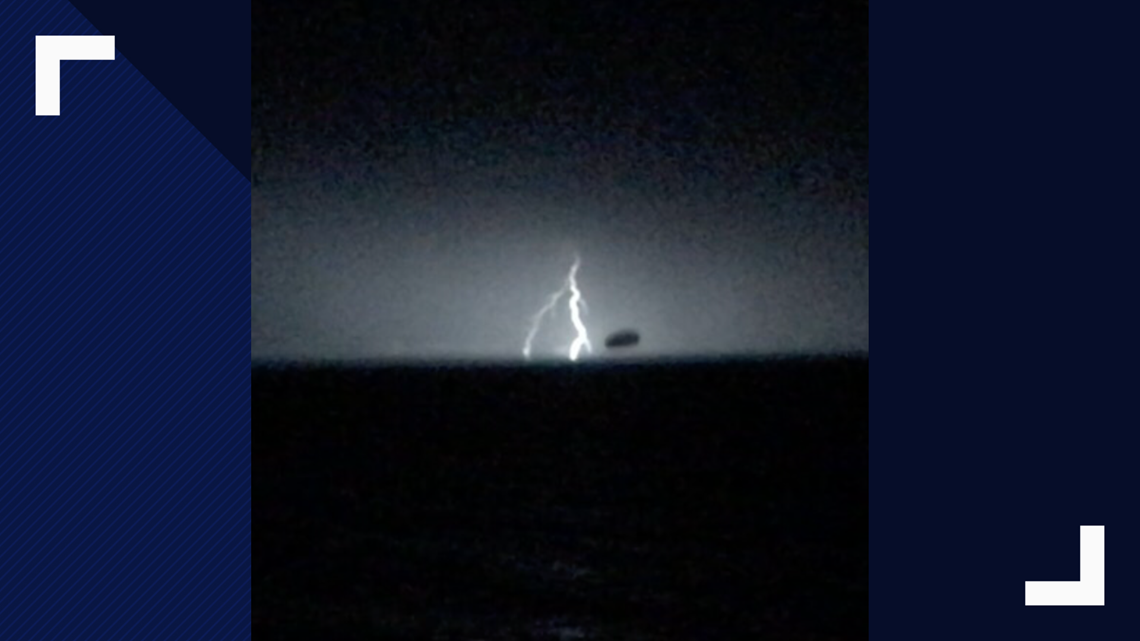 David Glidewell is the State Director for the North Carolina Chapter.

On top of analyzing photos and videos, he also trains people to become field investigators.

To be a good investigator, Glidewell says you have to be a skeptic, but also keep an open mind.

"You just can't dismiss everything you know," Glidewell says. "Dismissing it, that's probably the worst thing you can do."

Glidewell says many times UFO sightings turn out to be lens flares, airplanes, birds, bugs, or drones which investigators are trained to spot.

"But there's about two to three percent of the cases a year that there is actually something that's really strange. You look for those golden nuggets." Glidewell said.

Naysayers are out there of course, but Glidewell says he takes their perspective with a grain of salt.

"You learn to bite your tongue and smile and say OK and the truth is you have to respect that person's opinion," Glidewell said.

MUFON Investigators have yet to classify what the Liberty sighting is and even if they don't come to the same conclusion Patterson and Glidewell both agree on one thing.

Maybe there is some sort of extraterrestrial life out there that will make contact with us one day who knows," Glidewell said.

"At the end of the day, we all question whether there is something out there," Patterson said.

RELATED: Think you’ve spotted a UFO? It could be one of these lenticular clouds

RELATED: 'Something Just Passed Over Us': Pilots Report Encounter With UFO Over Arizona

RELATED: The Pentagon had a secret UFO program, thanks in part to Harry Reid

RELATED: ‘UFO Sighting' In Charlotte Could Have Simple Explanation

RELATED: Did NASA Deliberately Cut A Live Feed Of A UFO?

RELATED: Top 10 States With The Most UFO sightings