'Opened his eye and gave his wife a thumbs up,' Kernersville police officer injured in weekend shooting undergoes surgery

Investigators said 37-year-old Quinton Blocker got a hold of officer Sean Houle's service weapon during a struggle and shot him multiple times. 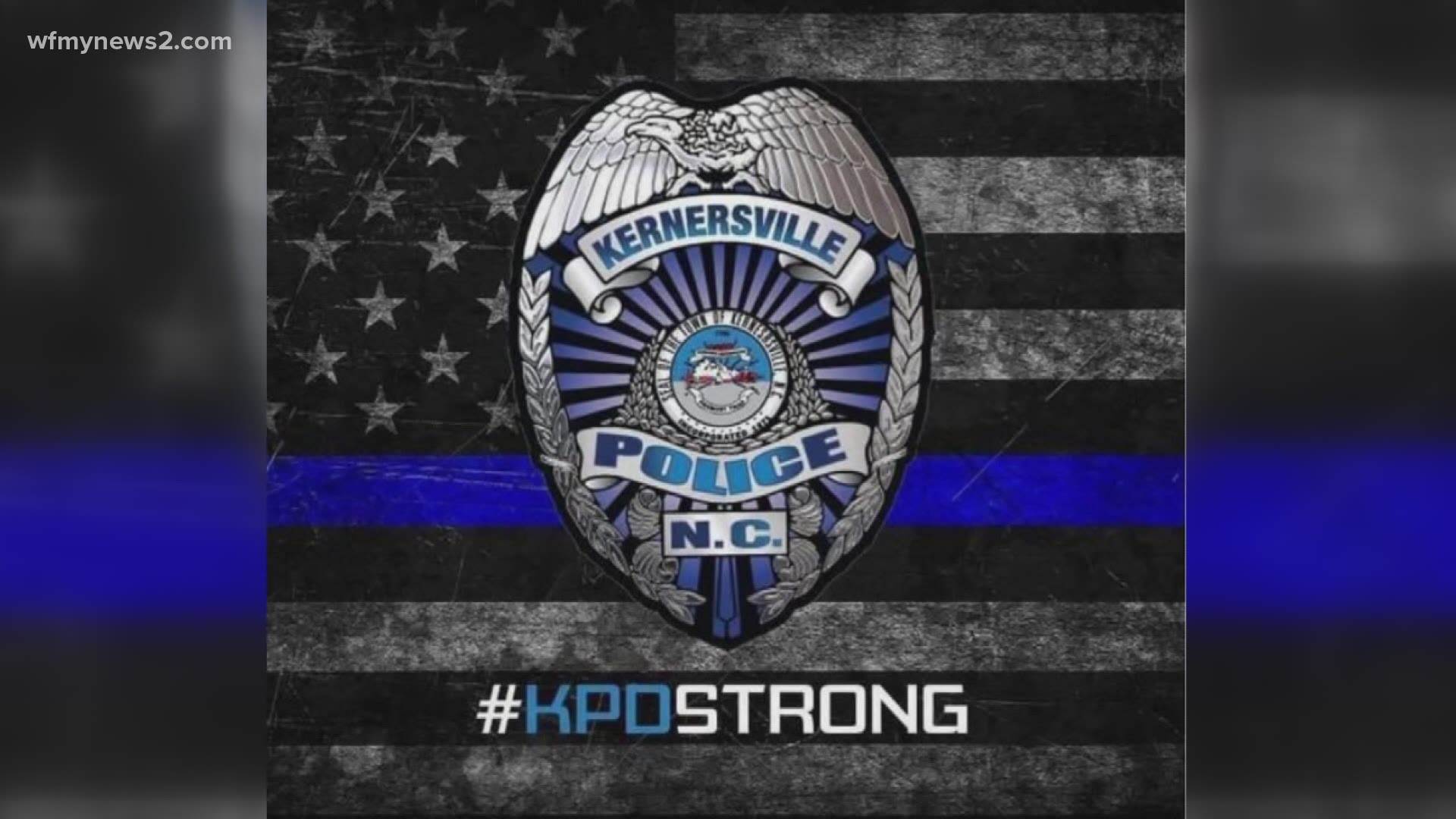 KERNERSVILLE, N.C. — We've learned more about the state of a Kernersville police officer who was shot over the weekend.

The Kernersville Police Department said officer Sean Houle's condition has improved and he remains in "critical but stable condition."

The department said he had an important surgery Wednesday and that within the past 24 hours, officer Houle "opened his eyes and gave his wife a thumbs up."

Officer Houle was shot in the face, arm and hand on Sunday morning at an apartment complex near Main Street.

Investigators said 37-year-old Quinton Blocker got a hold of the officer's service weapon after a struggle.

Documents showed Houle first encountered Blocker hours earlier during a traffic stop but Blocker got away.

RELATED: Kernersville officer who was shot three times has 'taken a turn for the better

Blocker was charged with first-degree attempted murder, felony assault on a law enforcement officer with a firearm, and possession of a firearm by a felon.

Blocker had his first court appearance on Monday from a hospital, according to the Forsyth County Clerk of Court. He was hospitalized on a matter unrelated to the officer-involved shooting. His bond remains at $1 million at the Forsyth County Detention Center.  His next court date is March 11.

Officer Blake Jones, a spokesperson for the Kernersville police said the department and family are touched by the show of love, support and concern by the community.

"We've had a tremendous outpouring of support for Sean. It has been wonderful to see how many folks have come forward with donations and letters," Officer Jones said.

"I understand he's on the up so we're really happy to hear that," Stephanie Copley of Kernersville said.

Copley is a manager at Ledo Pizza which is one of the local businesses contributing to the support effort.

"We're here for the continued support of his family as well anything that's needed from us. I couldn't imagine going through this personally, and I would hope that I would have the same support and outpouring from my community. So, it's really important for us to give back," Copley said.

The family released the following statement:

"The family would like to personally thank Kernersville PD, NC Highway Patrol, Stokes County Sheriff's Office, and the brothers in blue here and abroad for all of the infinite support shown to the entire family. To the first responders who so swiftly cared for Sean and the wake forest Baptist trauma team, we couldn't be more grateful. Also thanks to the local churches, friends, and the entire community. Prayers have been answered and God is certainly in this and we have faith knowing He is the ultimate healer."

The community can continue to show their support by donating to the family.