Mike Sprayberry started with the Office of Emergency Management in 2005. It was just part of his long 40 year career serving the state. 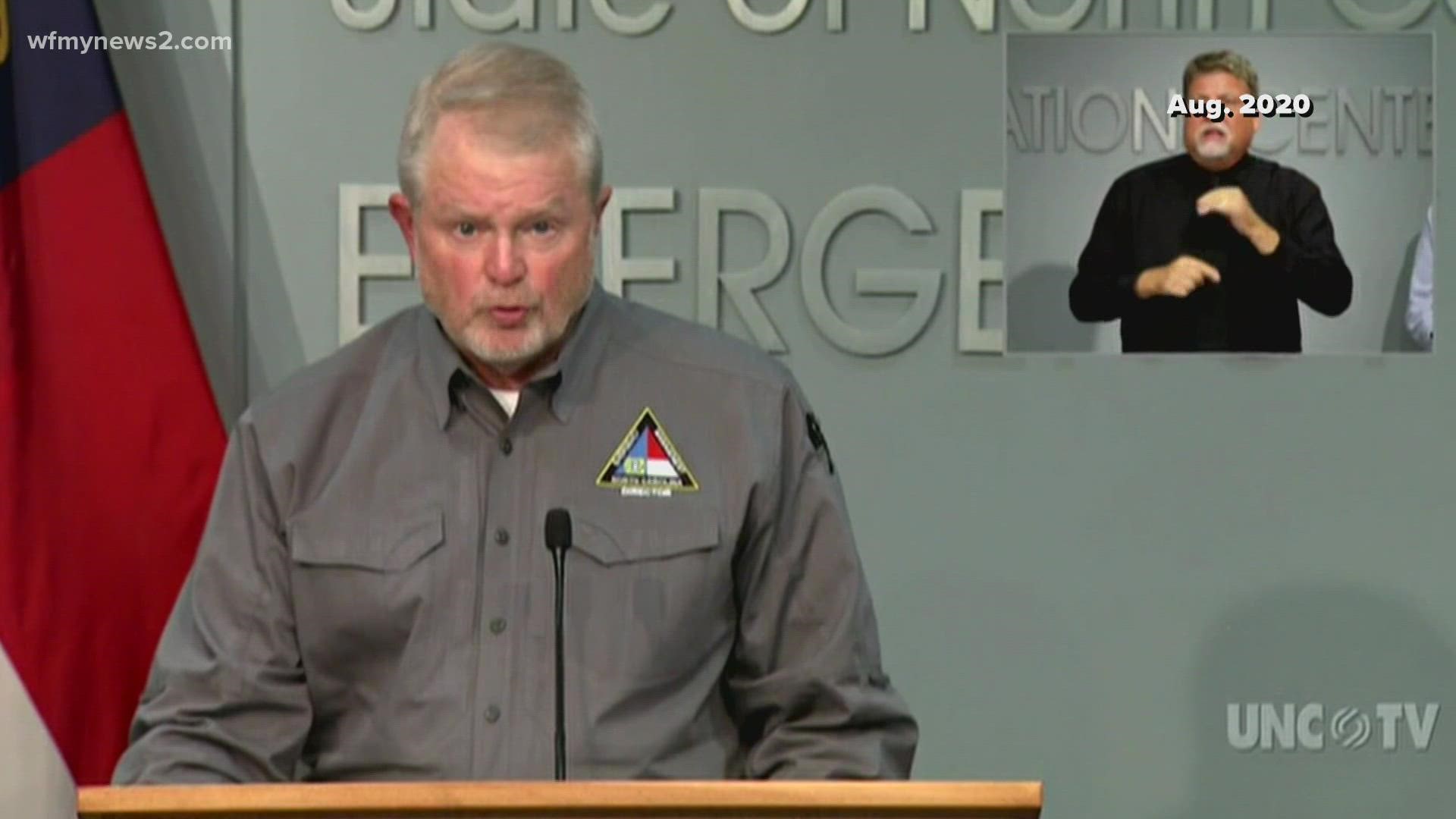 GREENSBORO, N.C. — Through dozens of storms, countless crises and one global pandemic, one man has been in charge of how North Carolina responds for the past eight years.

North Carolina Emergency Management Director Mike Sprayberry retires Saturday but that was not the original plan.

"I had planned on retiring last year and then the pandemic popped up and it was vicious. I said I can't retire now," Sprayberry said.

He thought he'd seen it all in his 16 years with the agency, the last eight in the top spot. His job is to help our state prepare for and recover from disasters.

"In 2016, in just the space of about 45 days, we had Hurricane Matthew, we had two big fires in the mountains, we had the colonial pipeline failure, we had riots in Charlotte," Sprayberry said. "Then (in 2018), Florence comes along and squats over the state and just dumps millions and millions of gallons of water on us."

2020 took a turn none of us saw coming when COVID-19 began spreading. He stayed on as cases soared, people stayed at home and some businesses temporarily closed.

Vaccinations brought hope earlier this year, like at the Four Season Town Center FEMA site which he visited.

In April, he announced his retirement would begin on August 1. His exit comes as cases are rising again.

"I thought we would be doing better than we are," Sprayberry said. "I guess I just didn't think that it would be so many people (not getting vaccinated). I mean we're not even 60% fully vaccinated. To me that's just, how can that even happen?"

He admits the timing isn't ideal but he believes he leaves the state in a better position to battle this storm and those to come.