'Next Thing I Knew, I Feel Something Hitting My Side,': Man Fights Off Rabid Fox With A Hammer

Ronald Jowers was at his mom's house in Lexington, sitting on the porch, when all of a sudden, a fox jumped out of the bush and attacked him. 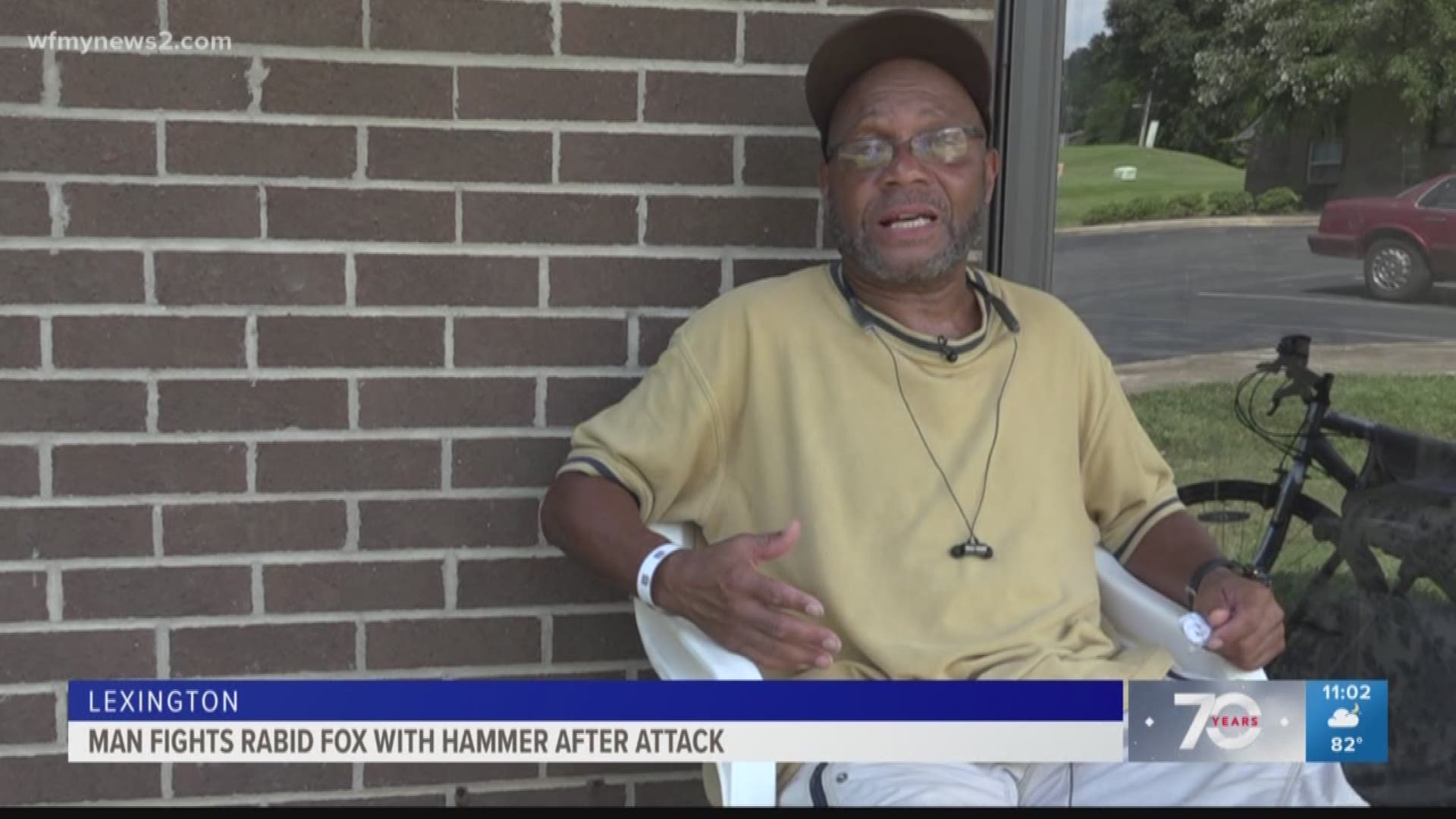 LEXINGTON, N.C. — Ronald Jowers was sitting on his mother's front porch Tuesday night, when he heard a rustling in the bushes.

"I didn’t see anything," he said, "And then the next thing that I know, I feel something hitting in my side. And it was a fox."

Testing at a lab revealed the fox was, in fact, rabid. The Davidson County Health Department reports that this is the third case of rabies its seen this year.

Jowers said, when he was bitten, he hollered for his sister to come outside and help.

"She came to the door and I said please, go get something so I can get this fox off of me," he explained.

"She went and got a hammer and brought it back to me. Then, I tussled with him until I got them over to that spot [in the yard], and that’s where I beat him."

Jowers told WFMY News 2 the fox weighed between 25 - 30 pounds, and wouldn't let go of him.

"He was holding on for dear life," he said.

He said he and his sister fought off the fox for two minutes until it was dead. Then, he called paramedics and rushed to the hospital. There, he got 17 rabies shots.

"I had my second session of shots today," he said, "I just got back from the hospital. I only had one [shot], but any needle is painful."

Jowers has to go back for a third and fourth round of shots. But, right now, he's most concerned about other rabid foxes in the area. He says, his mother spotted a fox running across the parking lot Friday morning.

RELATED: 'It Was Snarling, Growling': Man With Lung Cancer Fights Off Rabid Fox in Randolph Co.

RELATED: Coyote Attacks NC Child As She Was Going Into Her House: Sheriff