When Ann Parker sends something to her son in Sweden, it usually takes a few weeks or less. This time, it took more than half a year, and ended up back home. 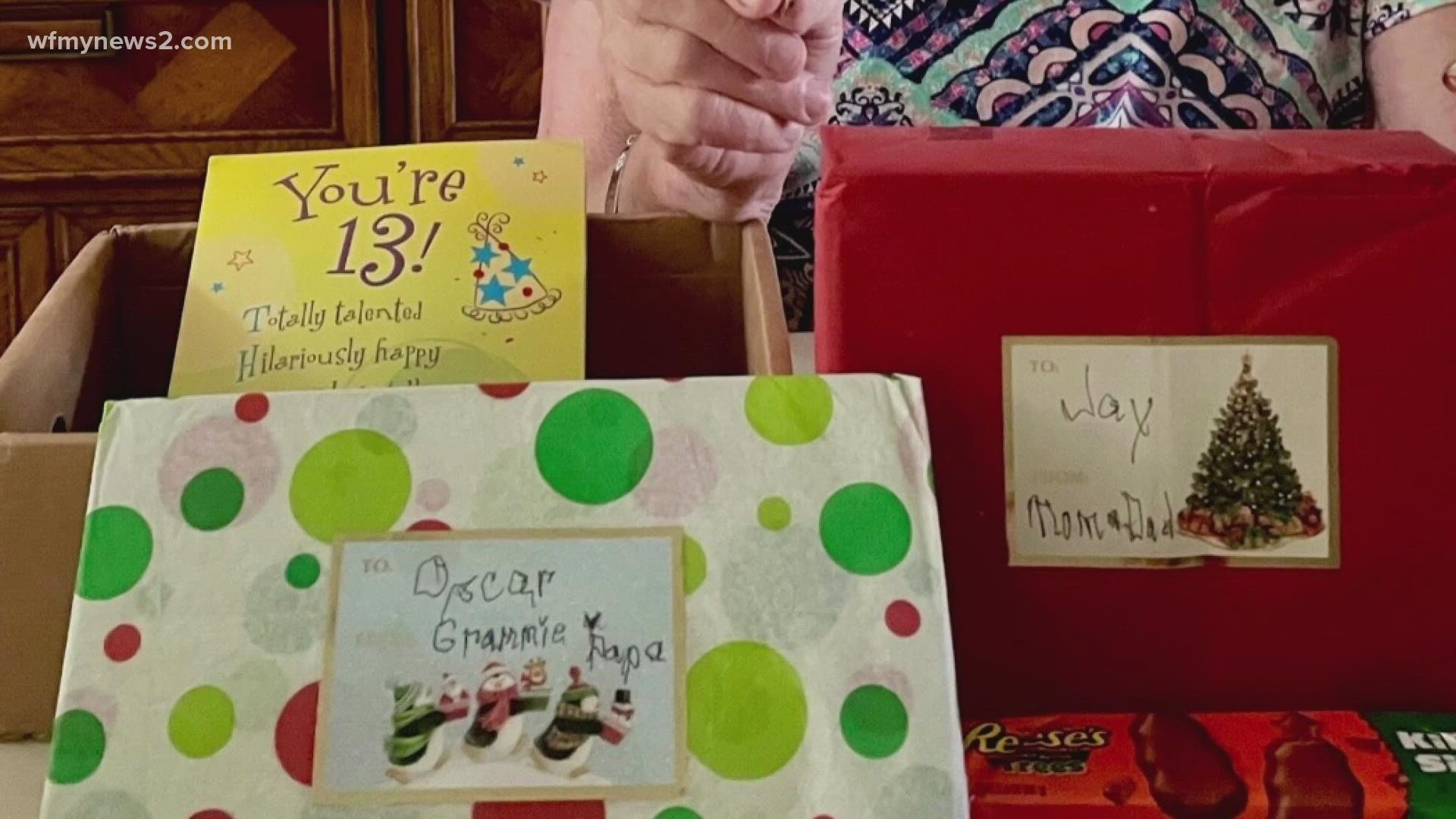 THOMASVILLE, N.C. — Ann Parker wanted to send a few treats and knick-knacks to her son and his family.

Her son lives in Sweden, so Parker loaded up a box that included just a few items and two rings she wanted her granddaughter to have.

“The contents were not all that great except for the rings,” Parker said.

Once the box was filled, Parker took it down to the Thomasville post office to send to Sweden. The cost to ship the box was around $50, which is a lot when compared to the contents only being around $250.

Parker has mailed a few things to her son in the past and delivery typically takes about two to three weeks. Parker sent the box in November 2020, wanting to make sure it arrived before Christmas.

“I wanted to make sure they had a few things to open from us,” Parker said.

Spoiler alert: the package didn’t make it to Sweden before Christmas, but where it did go is rather amazing and confusing.

The box spent more than 200 days traveling around the world. The postal service was able to track its route after Parker filed a missing package claim.

“This traveling package has traveled a lot more than we have in the past year,” Parker said.

The timeline of this package is rather amazing. It started on Nov. 4, 2020, at the Thomasville post office. A day later, it was in Greensboro. A couple of days later, it arrived in Miami. The package was then sent to New York, arriving there on Nov. 9. At this point, things seem fine, as it arrives in Stockholm, Sweden on Nov. 11.

This is where things, and the package, take a turn. More than a month passes before it shows up in Chicago. Then on Christmas, it’s back in Greensboro before heading to New Jersey a few days later. The package then went to Detroit, back to Chicago, and then all the way to Copenhagen, Denmark. It then went back to Stockholm before going back to the United States. It arrived in Chicago for a third time in February before going to Greensboro again.

A day later, it arrived in New Jersey before going to Charleston, South Carolina, and then back to Chicago again. After almost four months of globetrotting, it landed in Stockholm again.

“I had filed a missing package claim,” Parker said. “We never did get an alert or notification.”

The package really seemed to be missing at this point. So, it was quite a surprise when it ended up back in Thomasville around June.

“I couldn’t believe it,” Parker said.

What may be more unbelievable than that is what Parker did next. She unpacked the box to make sure everything was still there. She then loaded all the items up again and took them back to the post office to deliver.

This time the package arrived in about three weeks and her granddaughter sent him a picture wearing the rings.

“I was glad she finally received it,” Parker said.