Within months of being poured, a new concrete driveway had holes in several sections. The edges were also jagged and crumbling in some places. 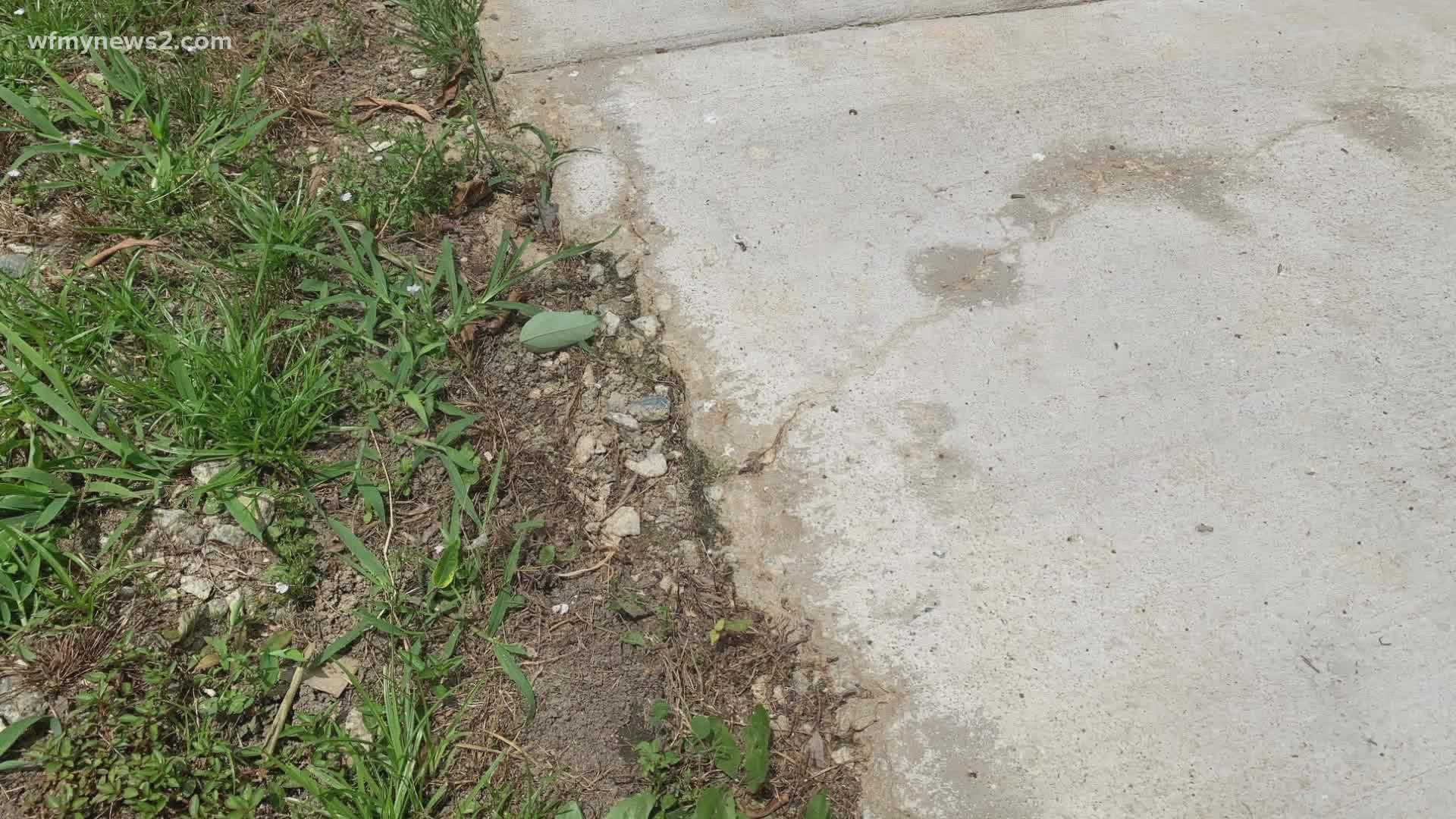 ARCHDALE, N.C. — Rickey Hall had finally decided it was time to pave his long gravel driveway at his Archdale home. Earlier this year, all the rain started to create a muddy mess.

“It was like a swamp back there,” Hall said.

His daughter found a guy who had been in the business for more than 30 years. A couple of days later, Hall reached out and talked with the guy about the job.

“He said he inherited the business from his dad,” Hall said. “We checked his rating and he had five stars.”

A couple of weeks later, the concrete team showed up to dig out the driveway area to prepare for the concrete to be poured the next day. The crew installed form boards and had the area ready to go.

The next day, the concrete was poured into several sections. The lowest lying area is the back part of the driveway right next to the carport. The area was wet and had some standing water in it when they went to pour the cement.

“I did question him (about the water) and he said the concrete would flush the water out and he poured it right on top of the standing water,” Hall said.

The driveway was completed by the end of the day and needed to sit for a few days before it could be used. It seemed like everything went well, but within a couple of months, there were problems. Several of the edges were jagged, the concrete was thin in several areas and the section where the water was standing had developed several bubble holes the size of a small saucer.

“It was not level and it was crumbling in several spots,” Hall said.

At that point, it was obvious that something needed to be done. Hall said he called the company but was always given an excuse for why they couldn’t come out to make the repairs or repave part of it.

About another month went by, Hall continued to try and get someone to come out to his home and fix the problem.

“I called him and told him if he did not show up by Friday, I was going to go to civil court and take out papers on him,” Hall said.

At one point, someone did come by and install a small drainage channel to help keep water from flooding the carport. It helped, but was not a permanent solution and nothing was done about the section that was falling apart seemingly every day.

Hall decided it was now time to call News 2.

“We watch you on TV and a lot of time - most of the time - you all get fairly good results,” Hall said.

We reached out to the concrete company and sent them some pictures of the jagged edges and holes in the driveway. The owner blamed it on a bad batch of concrete and told Hall he would reach out to the cement company he purchased it from.

A couple of weeks passed, but Hall would eventually get a phone call. The concrete paving company agreed it would reimburse Hall about a third of what he spent - $2,500.

“I basically did not want him back on my property,” Hall said.

Once the refund was received Hall had a different company come out to dig up the worst part of the concrete that was put in and pour a fresh section.

The company also installed a bigger drainage area and made sure the driveway was sloped away from the carport and not toward it.

Hall said he was glad he called News 2 and is happy with the part of the driveway that was just put in.