When his home started to flood, Ronald Daughtridge was thankful he had insurance. What he didn't know at the time is that it would take 12 months to get paid. 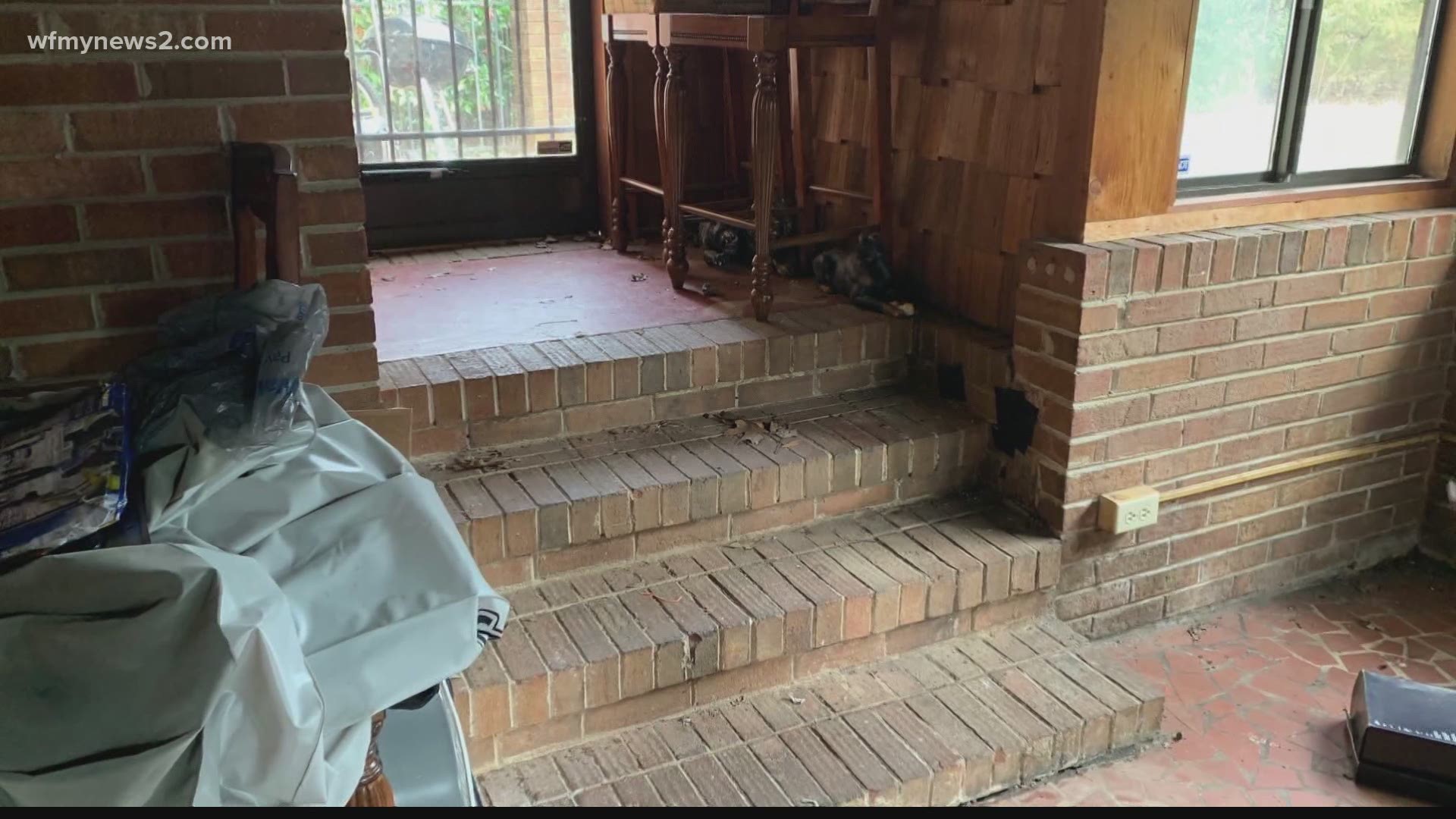 JAMESTOWN, N.C. — A long driveway takes you up to the red brick house with an expansive front porch and giant white pillars. Once inside, a grand foyer and stairs lead you up or down. The home is not only large, it's beautiful.

“We are proud of it and love it,” Ronald Daughtridge said.

He and his wife purchased the home more than 14 years ago.

“We were trying to get away from the killings and shootings at night and wanted to raise (our) kids in a good area,” Daughtridge said.

The home was by all accounts perfect until a rainy week last year. A week of storms and rain proved too much, and water started to pour inside the bottom floor.

“It (flooded) the den, the kitchen, and the bathroom,” Daughtridge said.

After using a wet vac, the family ripped out the carpet and baseboards to suck up about three inches of water. Several pieces of furniture were damaged or ruined.

“It was a mess,” Daughtridge said.

“He said, 'I don’t know what to tell you. I don’t understand it myself, and I work here,'” Daughtridge said.

Weeks would become months and then almost a year. The bottom floor of the home was still not repaired. Finally, Daughtridge called News 2.

“My wife said, why don’t you call News 2,” Daughtridge said.

We contacted the insurance company and spoke with a representative who assured us he would investigate the issue. It took a few weeks, but he eventually contacted Daughtridge and let him know the company would cover the claim.

"It felt great. Like I said, I had been fighting with them for more than a year,” Daughtridge said.

It was a big relief for Daughtridge who has been living elsewhere because of the mold inside the home. He's a recent transplant recipient and couldn't live in the home until it was properly cleaned and repaired.