When it rains, it pours. So, it's nice to have a good drainage system. Glenn Collier did until a driver crushed it. 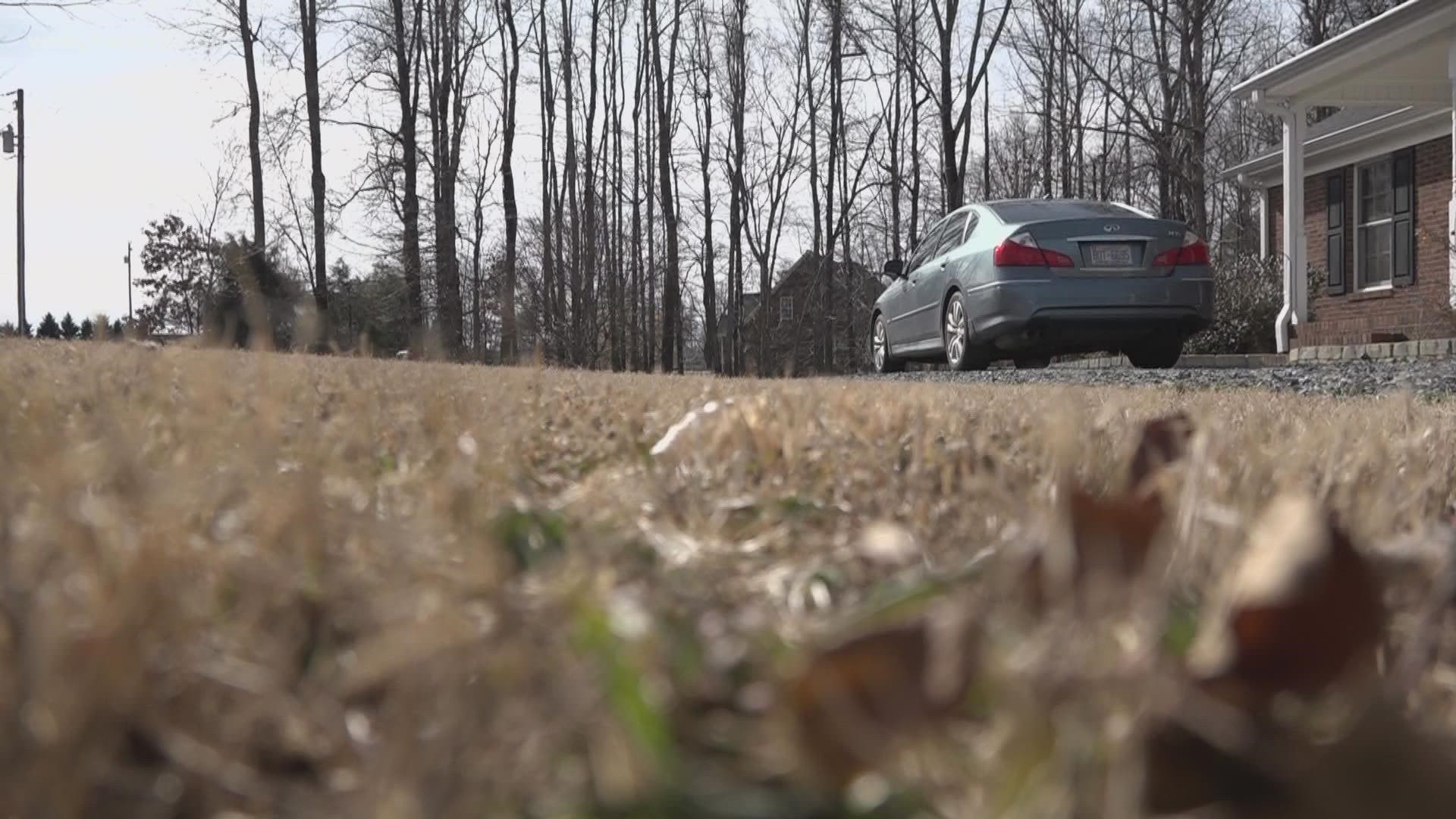 REIDSVILLE, N.C. — Having someone deliver something is certainly a lot easier than driving yourself to pick it. That goes for groceries, dinner, clothing, books, auto parts, and dozens of other items.

Glenn Collier and his wife have several items delivered, but maybe the most important is their medication.

“It certainly is important that we get it, and it arrives on time,” Collier said.

A delay in the delivery is not the problem, but there is an issue. The delivery driver has repeatedly driven on the grass by the driveway despite a large gravel area. Under the grass just off the driver is a French drain that keeps water from pooling up by the front of the house.

“I politely asked him to stop driving on the grass,” Collier said.

A few weeks later, Collier said the delivery driver once again drove up on the grass. This time, Collier was waiting and took pictures of the truck on the grass.

“He just drove right up on the grass again,” Collier said.

A couple of weeks passed and after a heavy rainstorm, Collier noticed a bunch of water puddling up by the driveway. The French drain was put in to specifically prevent that from happening.

“I knew something was wrong with the drain,” Collier said.

He reached out to his landscaper who dug up the grass around the area and discovered the drain had been crushed. A French drain uses a plastic pipe to transfer water out of one area to another.

“It (the drain) was smashed,” Collier said.

He immediately reached out to the delivery company and explained the issue. Collier sent pictures and video and a representative told him it would be investigated. A week turned into a couple and then a few with no resolution.

After Collier reached out to us, we contacted the delivery company. An executive with the company told us it would again investigate the claim. We followed up every week or two for about two months before a representative told us the company would pay for the damaged pipe and installation.

“Without you, I doubt anything would have been done,” Collier said.

The company sent Collier a check for $2,653 a couple of weeks later.