Some business owners had hoped this second weekend of Phase 3 reopening would mean more patrons, but Mother Nature had other plans. 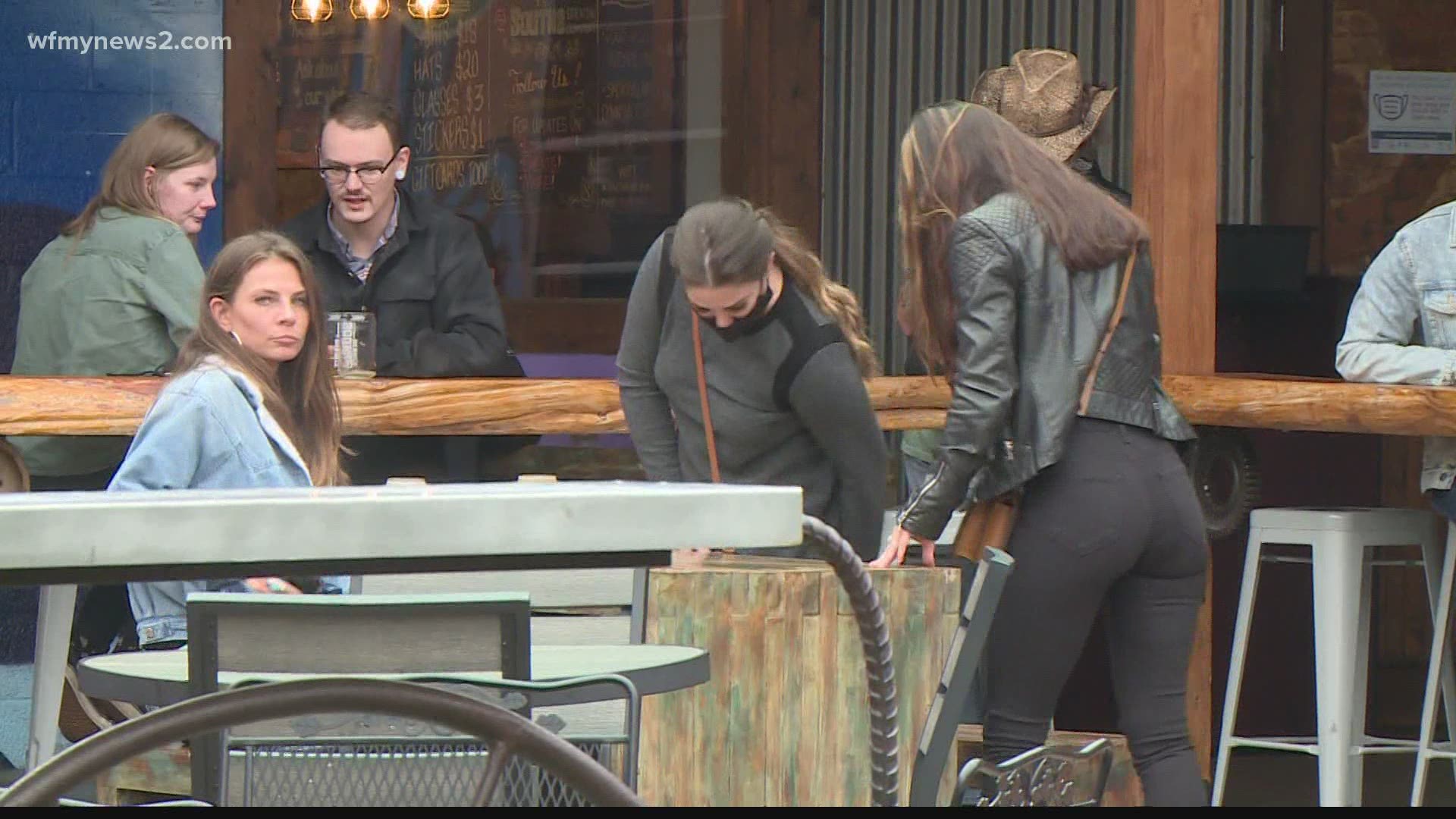 GREENSBORO, N.C. — The wet weather means a lot of people who wanted to spend the weekend outside would instead be stuck at home.

It also means businesses that are depending on outside seating to protect people from coronavirus would have less foot traffic.

Some business owners had hoped this second weekend since Phase 3 reopening kicked in would mean more patrons to welcome into their establishments. However, that expectation has been dampened as rain from the remnants of Hurricane Delta dumps on the Triad.

"Almost everybody sits outside and rainy weather works against it. 3/4 of our seating base on the 50% capacity occupancy rate and is outdoors and so weather can play or have a nasty effect," said Eric Kevorkian of Southend Brewing in downtown Greensboro.

The rain which is expected to continue on Sunday means not enough dry seating space for everyone who comes out to eat.

Popular nightlife attractions like live music performances have also been canceled at some locations due to the weather.

"We didn't, realistically, think that we would be able to support having a band because there's not enough seating without the outdoor area," said Mary Garner Oden of Oden Brewing, also in Greensboro.

Despite the outlook on things this weekend, businesses like Boxcar Bar and Arcade are moving ahead with their re-opening plan under Phase 3.

The bar and pizza kitchen will open Sunday for table service only while the arcade stays closed. 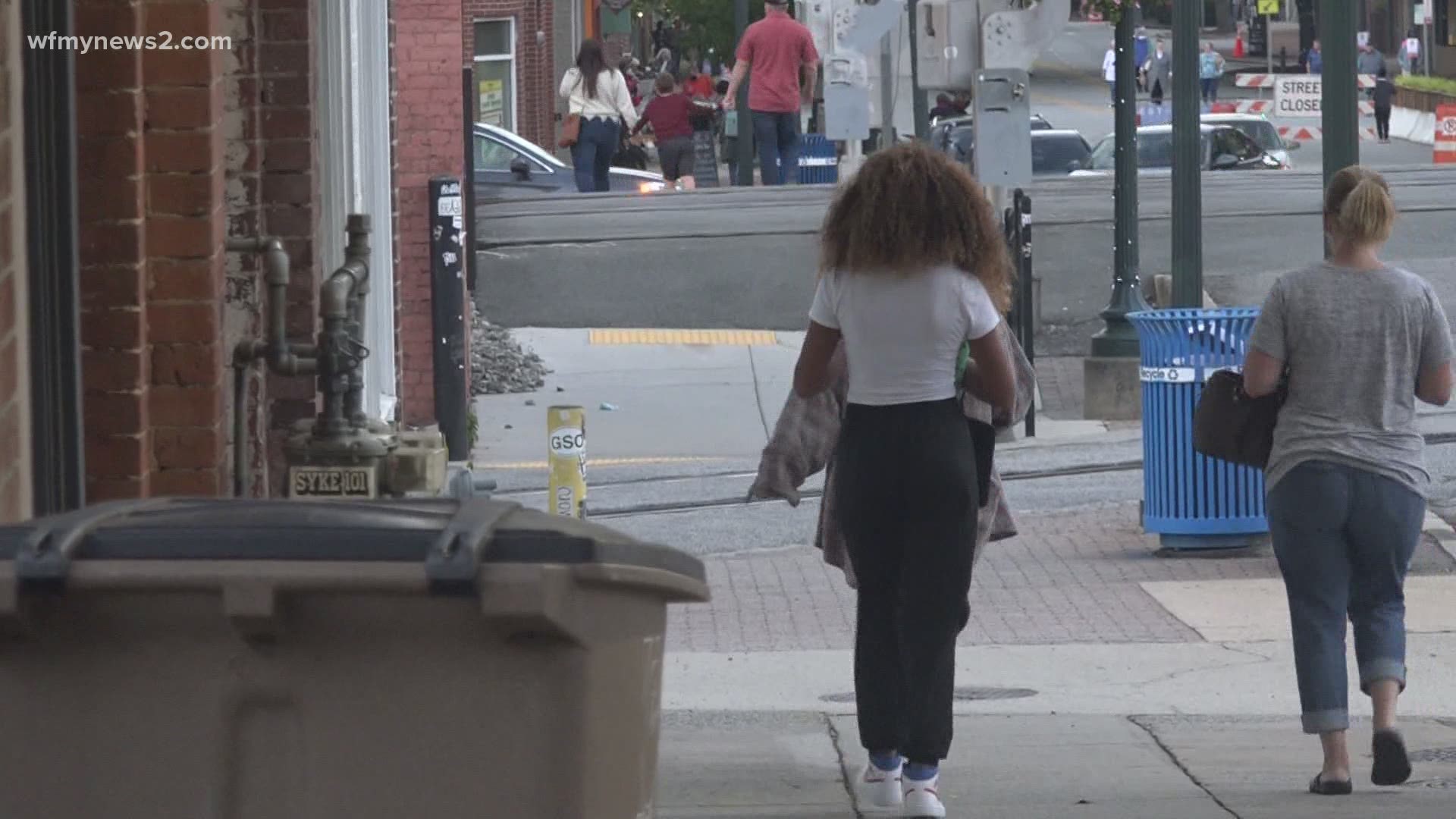