Part of Elm Street in Downtown Greensboro will be open to foot traffic only so restaurants and retailers can bring business to the street, during certain times. 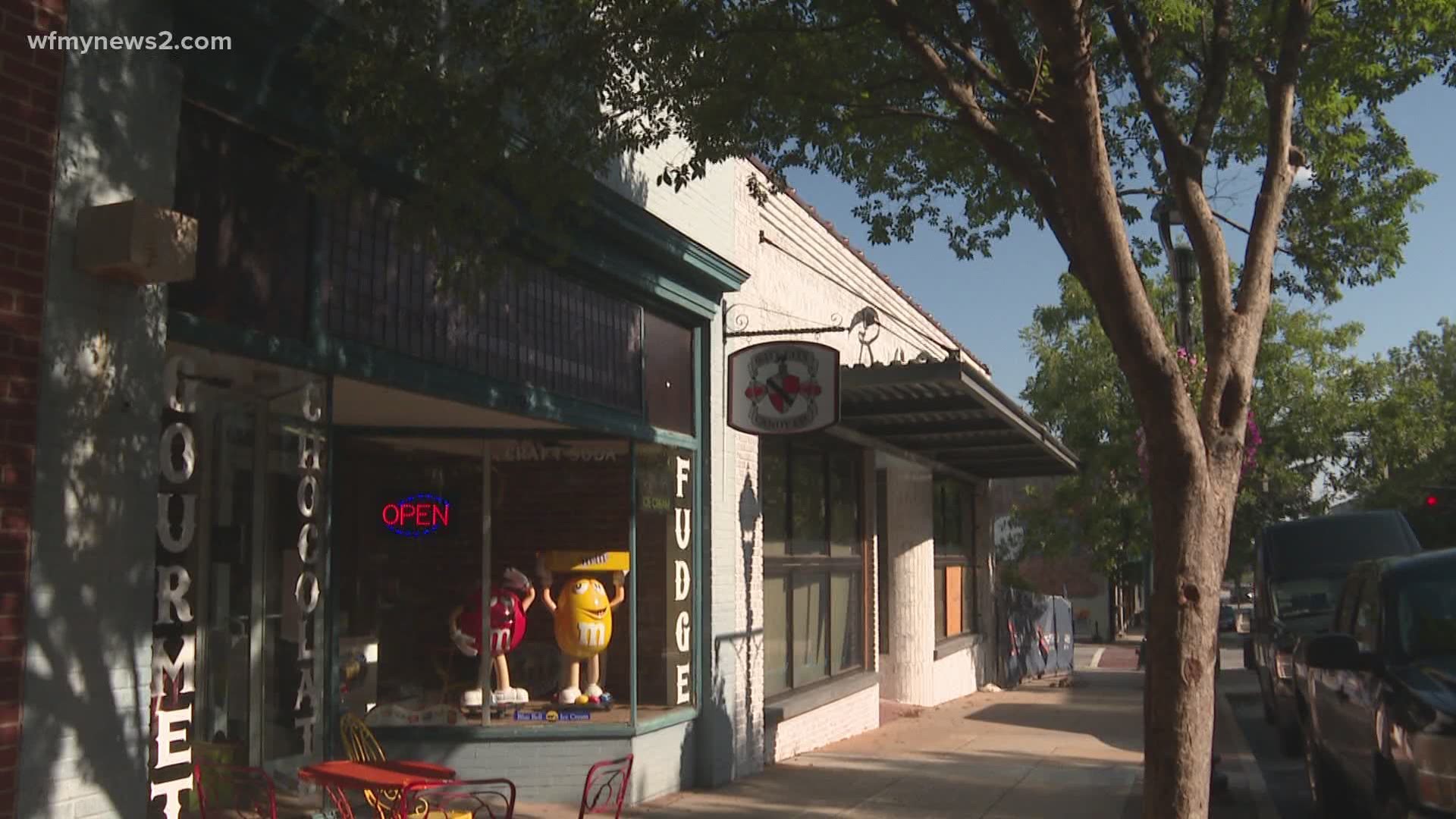 GREENSBORO, N.C. — It's been a rough ride for businesses throughout the coronavirus pandemic, but downtown shops and restaurants are hoping a new concept will encourage people to support local businesses.

On Friday and Saturday, Elm Street between Market Street and Lewis Street will be open to foot traffic only.

Restaurants will serve outside. Shops will have sidewalk sales.

Jennifer Graf, owner of Vintage to Vogue Boutique, is one of the shops participating.

"We are really excited about having the open street concept downtown. It’s a way of bringing people downtown social distancing the streets will be close so it’s easy to social distance," Graf said.

After having her store closed for months at the beginning of the pandemic, Graf said she's looking forward to this opportunity to bounce back.

"We're still open. It’s been a tough year with the coronavirus and the nonessential businesses being closed for months," she said.

Graf said they'll be rolling racks out to the sidewalk both Friday and Saturday.

"We’ve been really preparing for a lot of cans to go honestly," said General Manager Karmen Bulmer, "We're really pumped for all those people to be downtown so we’re planning on a lot of to-go beer sales."

In addition to having more beer on hand, Little Brother Brewing is also planning on having more staff on the clock.

"Happy to give our employees a couple more hours than normal," she said.

"For us we’ve had to just change a little bit of what we’re about. Instead of being able to give people the experience on-site we’re having to tell our story via social media," said Bulmer, "It’s been a little anxiety-inducing because it’s not normal but for us, as a company, it’s what we’re used to. Little Brother is used to making do with what they got."