There was a large police presence near Kernersville Wednesday that was captured by Ring doorbell video. 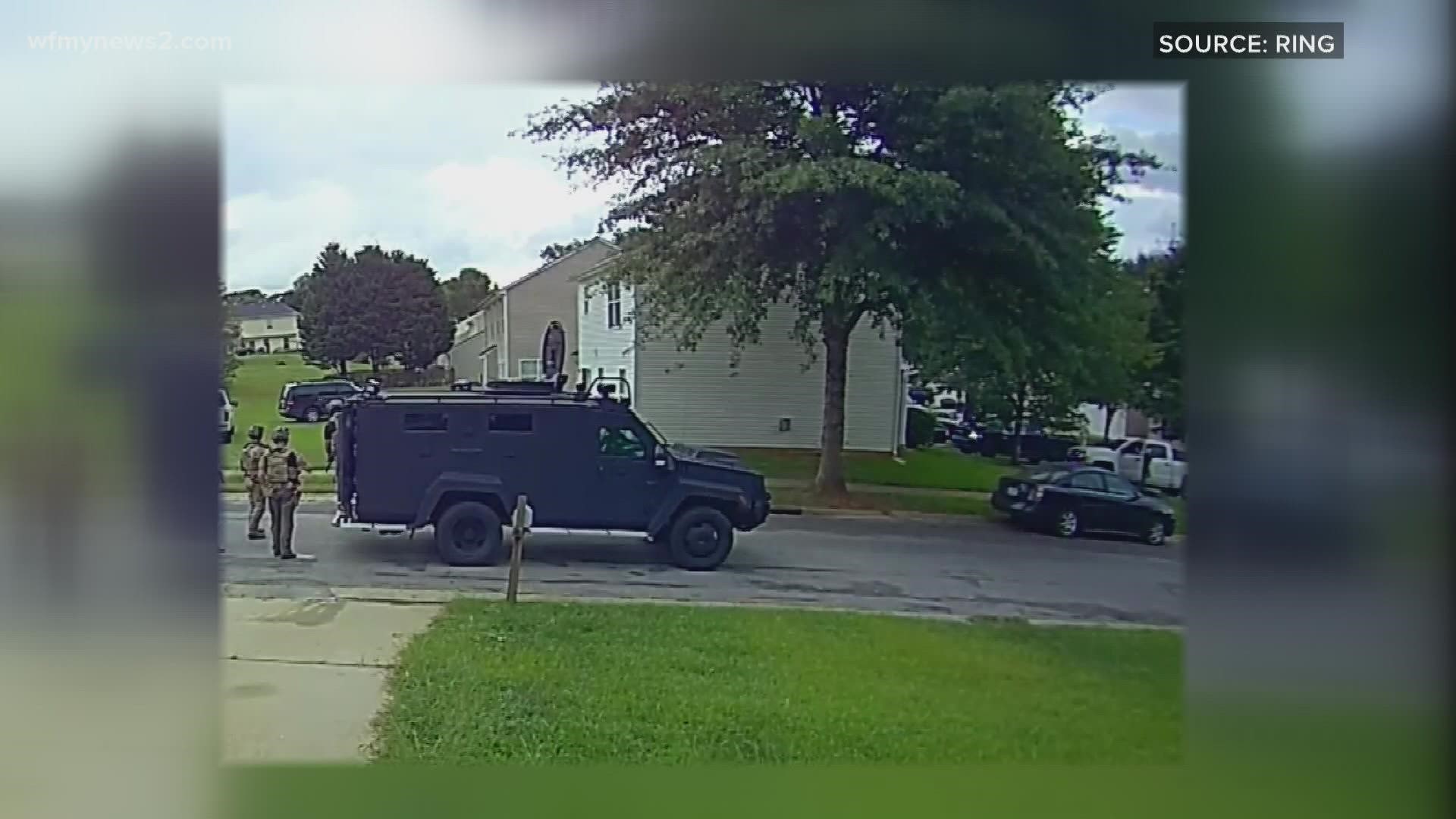 There was a large police presence near Kernersville Wednesday that was captured by Ring doorbell video. A Facebook user who lives in the neighborhood close by posted a video of it on Facebook. Another video captured the scene with his Ring doorbell camera video. The video reveals a very active police presence outside of a home in the area. Law enforcement with guns drawn led people outside of the house. A woman went live on Facebook from her front porch once she heard all the commotion. Another video from a Ring doorbell camera across the street also captured the same scene from a different angle. It reveals someone in custody. The officers and the person detained walked out of the camera’s view. The homeowner who shared the video with WFMY News 2 didn’t want to talk on camera but said he also saw police earlier on University Parkway. He said he never expected to come home to the scene in his neighborhood. Again, police searched for several hours and went to several locations across Winston-Salem. This one happened to be caught on video.

At this time, investigators are not saying who was taken into custody in the video. However, we know a suspect in the school shooting has been arrested. A news conference will be held on Thursday at 11 a.m. and you can watch it right here on WFMY News 2.