The family of Juliana Requejo-Croft confirms the young girl died as a result of her injuries. 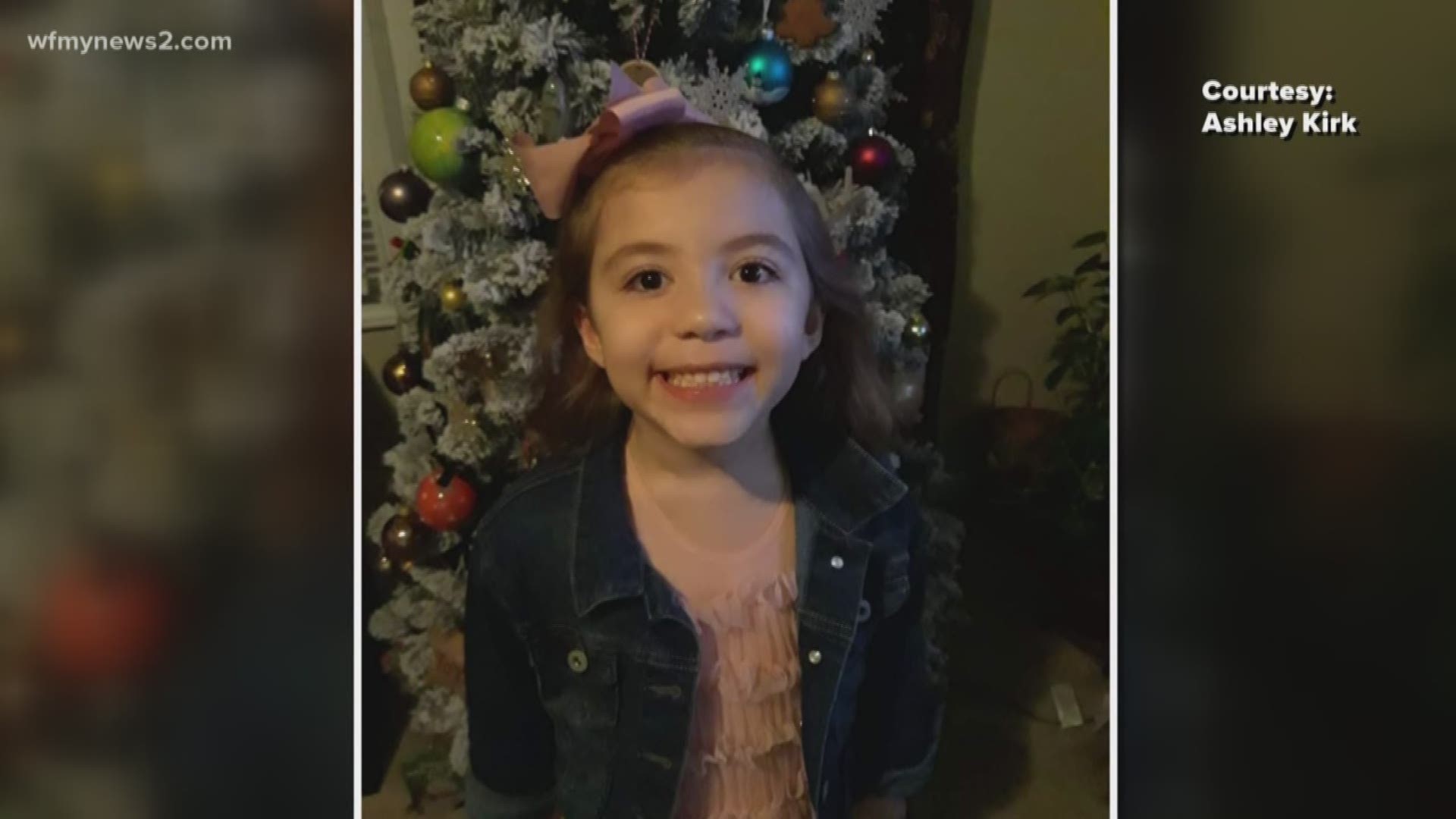 GUILFORD COUNTY, N.C. — Yoslien Estrada Alonso has been charged with misdemeanor death by motor-vehicle and reckless driving after he hit a car which resulted in the death of 7-year-old Juliana Requejo-Croft.

According to North Carolina State Highway Patrol, exceeding a safe speed for weather conditions in the rain contributed to the crash which happened on Harlow Drive near Archdale Saturday.

Juliana Requejo-Croft sustained life-threatening injuries and was transferred to Brenner Children’s Hospital. Her family confirmed Monday that Juliana passed away. They plan to donate her organs. Doctors have told them Juliana's organs will likely save up to eight people.

Yoslien Estrada Alonso, 34 of Archdale, was driving south in a 2003 Ford pickup, while Shea Marcille Requejo-Croft, 31 of Randleman was driving north in a Toyota passenger car when the two cars crashed.

Highway Patrol said that Alonso traveled off the roadway to the right, overcorrected, and lost control of his car.

After losing control, officers said that Alonso’s car then crossed the centerline, traveled off the roadway to the left, and collided with Requejo-Croft’s car.

Danny Wilson heard the accident from his living room.

"I raised up real quick and looked out the window," he said, "I saw a car and a truck, barely could see them for the smoke. I jumped up and told my wife to call 911, and I took off running hard as I could."

He says when he got to the Toyota, all of the airbags were deployed.

"I got over to the passenger side, got the door open, and cut the airbags where I could see somebody and I seen a little girl laying in there," Wilson said, "We went in there and pulled [Juliana] out, and started CPR on her."

Troopers say she had life-threatening injuries, but her injuries were too severe. A family member told WFMY News 7-year-old Juliana passed away.

They find comfort in knowing her organs will save other lives.

At the request of the family, Wilson and his wife visited the Requejo-Croft family at the hospital, as mother Shea, father Luis, and 9-year-old Jaquelyn continue their recovery.