Hundreds of protesters gathered on campus for a rally and marched in the streets chanting for the campus to completely remove the statue. 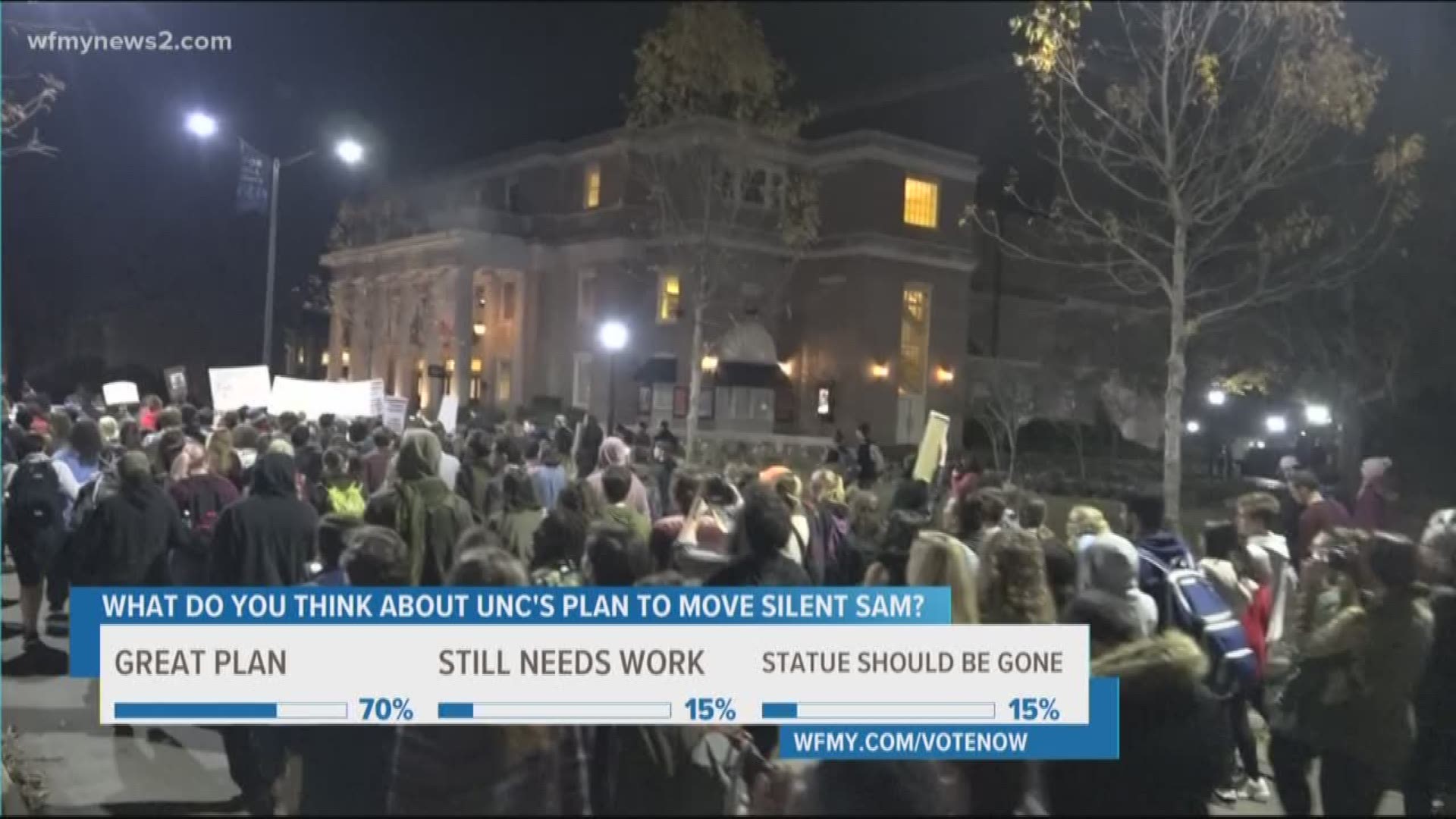 CHAPEL HILL, N.C. (WFMY) – Demonstrators have gathered again at the University of North Carolina at Chapel Hill following the decision by the University to keep the ‘Silent Sam’ Confederate statue.

On Monday, UNC-Chapel Hill Chancellor, Carol Folt announced the school is recommending to keep the statue on campus and in a new building. The University also announced a four-point plan for the statue’s future including; disposition and preservation of the artifacts, continuation and expansion of the historical contextualization of campus, establishment of a University History and Education Center, and the Creation of McCorkle Place Gateway.

Hundreds of protesters gathered on campus for a rally and marched in the streets chanting for the campus to completely remove the statue. The demonstrators took to Franklin Street marching and chanting all the way back to the pedestal in McCorkle Place. The area was surrounded by barricades and officers. One person was detained during the demonstration.

Folt said they received at least 5,000 comments from the public regarding the monument and that the provost read all of them. The University also said it's bound by state law to put the monument back up in a similar location.

The new building is expected to be finished by mid-2022 and will cost more than $800,000 per year to operate, officials said.