Well, there’s now a t-shirt in support of Greensboro. 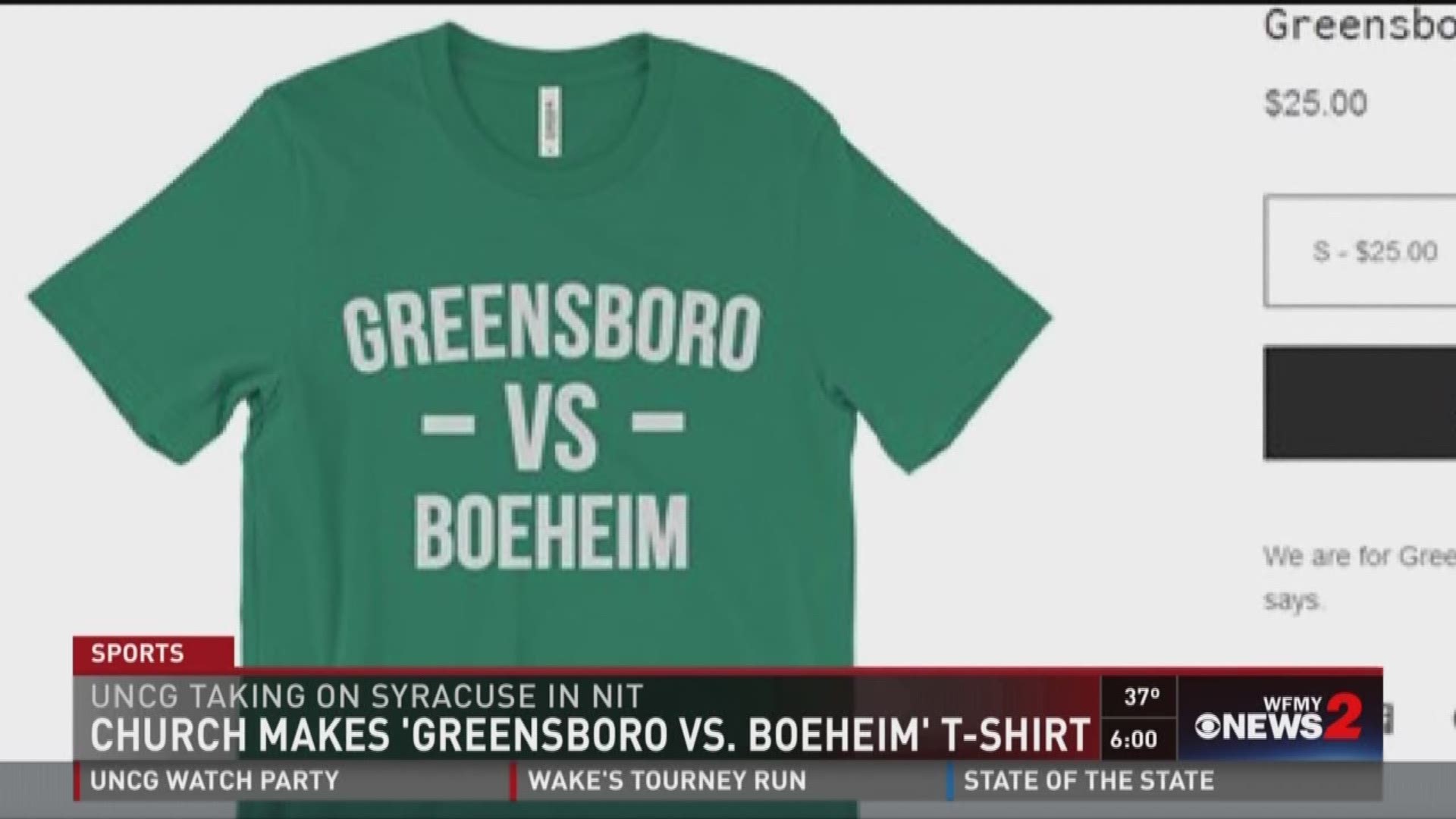 GREENSBORO, N.C. -- A local church is selling t-shirts that have become the talk of the town.

United City of Greensboro tweeted a photo of the t-shirt which reads “Greensboro Vs. Boeheim.”

"For us, it's no harm against Jim Boeheim. It's just saying we love this city and we don't care what anybody else has to say about it," Pastor Spencer Loman, who created the shirts, explained.

It all stems from the comments made by Syracuse Men’s Basketball Coach, Jim Boeheim who said, “There’s no value to playing in Greensboro. None.”

Since the comments Our State Magazine said it would send Boeheim some of their favorite magazine and provide the coach with a subscription to the magazine.

Read: Coach Boeheim To Get BBQ, Possible Invite To Grasshoppers' Game And More!

The Greensboro Grasshoppers are are rallying around the city as well with a “Jim Boeheim (No) Value Night” on Tuesday, April 11. The Grasshoppers decided to use kindness allowing all fans with a valid Syracuse, NY Driver’s License to get a free ticket, $20 in food and beverage voucher before the game against the Delmarva Shorebirds.

The Greensboro City Employee Behind The 'Boeheim Burn Tweet'