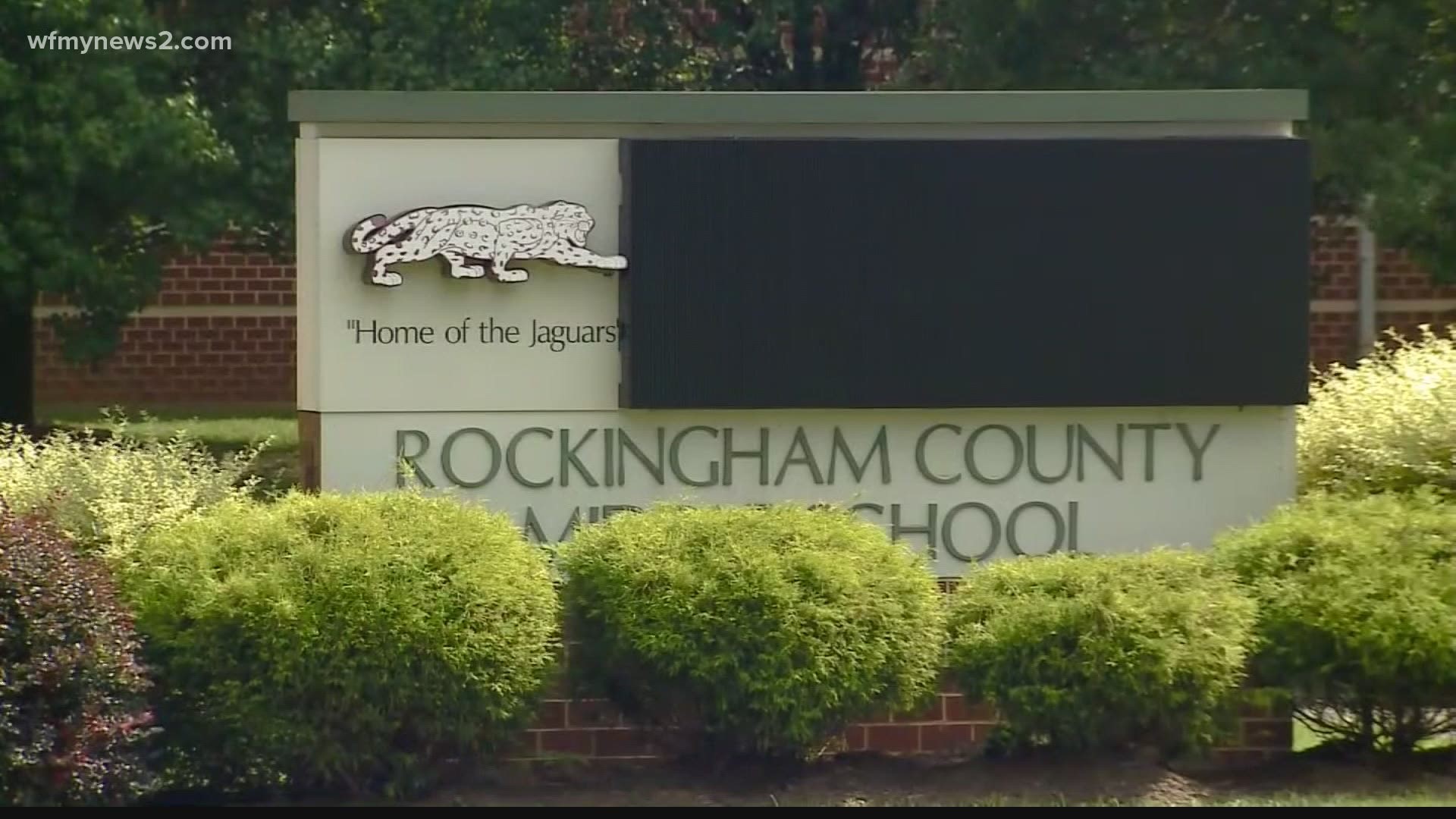 REIDSVILLE, N.C. — Four Rockingham County Schools are dealing with closures due to coronavirus.

It all comes just days after students returned to the classroom under Plan B. Tamesha Johnson was among the parents who sent their children back last week.

"I'm regretting (it), because you know I did it for the right reasons," Johnson said, "However I want my child to be healthy."

She got the first call that her son Mario's school, Reidsville Middle, was closed due to coronavirus Sunday. Then she got the second call that no parent wants--Mario was one of the ones exposed.

Mario had begged her to go back into the classroom even though their family had a coronavirus case over the summer.

"He's not doing well virtually," Johnson said, "and when I picked him up Thursday he was like 'mom, I learned so much more just in this one day than I've learned the five weeks that we've been in school.'"

The cases at Reidsville Middle changed everything for them. Now Mario doesn't want to return when the school reopens on October 12.

"Three days of learning and it's already three schools shut down. It's not good," Johnson said.

The district's superintendent said Plan B will continue but parents still have the option to switch to full virtual learning.

" We totally respect that because ultimately a child's education is up to their individual parents to make that decision," Rockingham County Schools Superintendent Rodney Shotwell said.

Johnson said that's how Mario and her fourth-grade daughter, Mariah will continue the school year.

"My son nor my daughter is going back. I'm gonna do virtual," Johnson said, "Plan B is not working and until I feel comfortable, my children will be virtual."

The district said any affected students have already been contacted and the superintendent reminded families to keep their kids home if they suspect they may have been exposed to the virus.

Shotwell said safety is a top priority as the district considers how to return to Plan A. He will be presenting a recommendation on that to the school board at Monday's meeting.