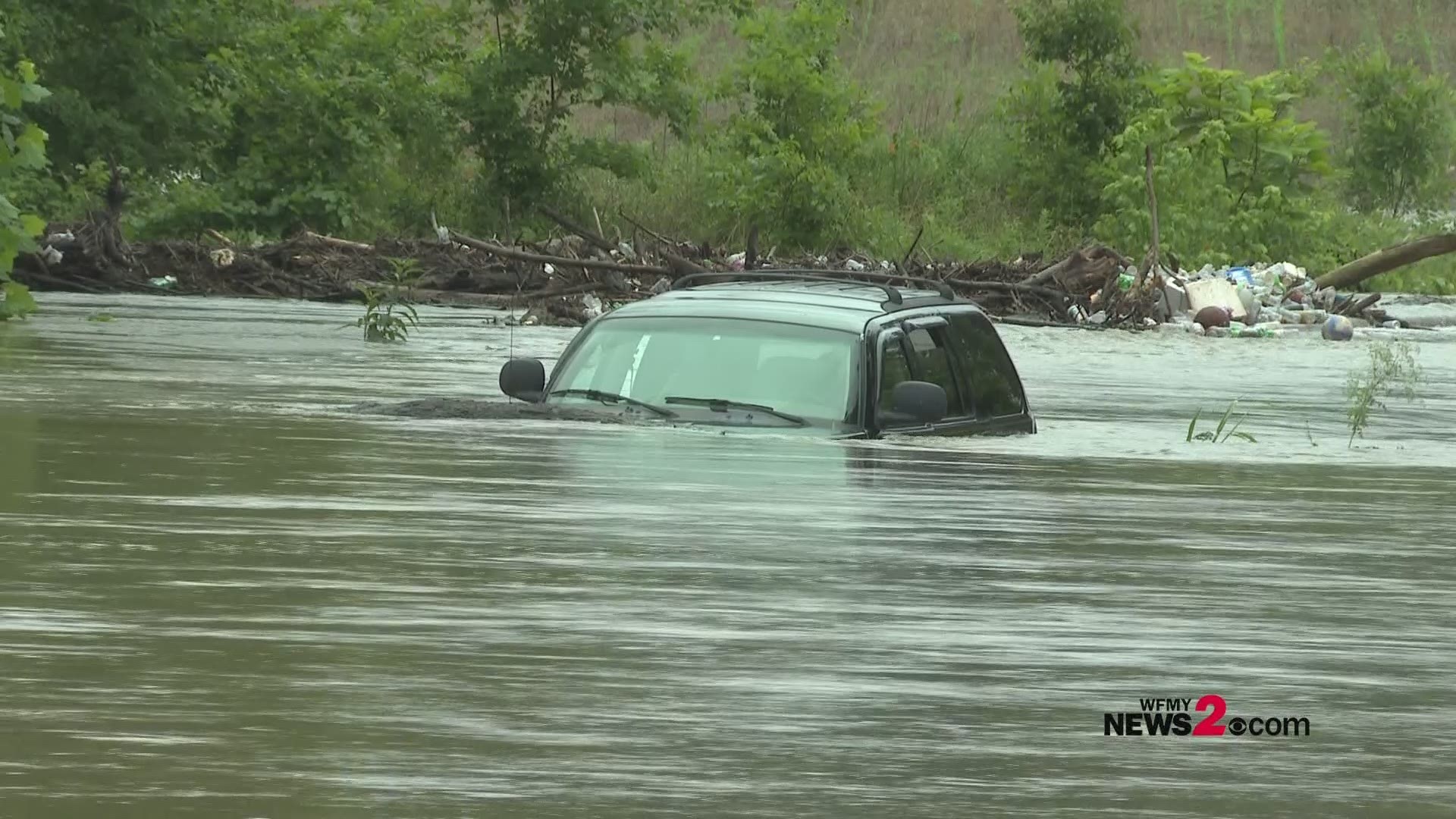 JAMESTOWN, N.C. — Two people had to be rescued on Riverdale Drive in Jamestown Friday night.  According to the Pinecroft Sedgefield Fire Department, they found two cars in the water when they arrived on the scene.

The two people were brought to safety by first responders and tow truck operators. The department wants the public to know to "turn around don't drown," during severe flooding.

Tow truck driver Danny Ward tells WFMY News 2 he and another two driver helped rescue one of the two people. Ward said he had 50 foot of cable on his rollback and used every bit of it, and drug the chains through the water to try and reach one of the stranded individuals. Ward said he then decided to swim the rest of the way to bring the man to safety.

The rain is predicted to continue for several days and will be heavy downpours at times.

Also, on Saturday morning Guilford County first responders rescued a woman and her dog who were trapped in her car on Huffine Mill Road near Gibsonville. The woman told rescuers it didn't look so bad. The water pushed her car into a guardrail trapping her inside.'

'The Threat Isn't Over' | Flooding Threats Continue Across the State: Gov. Cooper

Woman and Dog Trapped In Car Rescued From Rising Flood Waters in Guilford County: 'We Could Lose People Right Here'