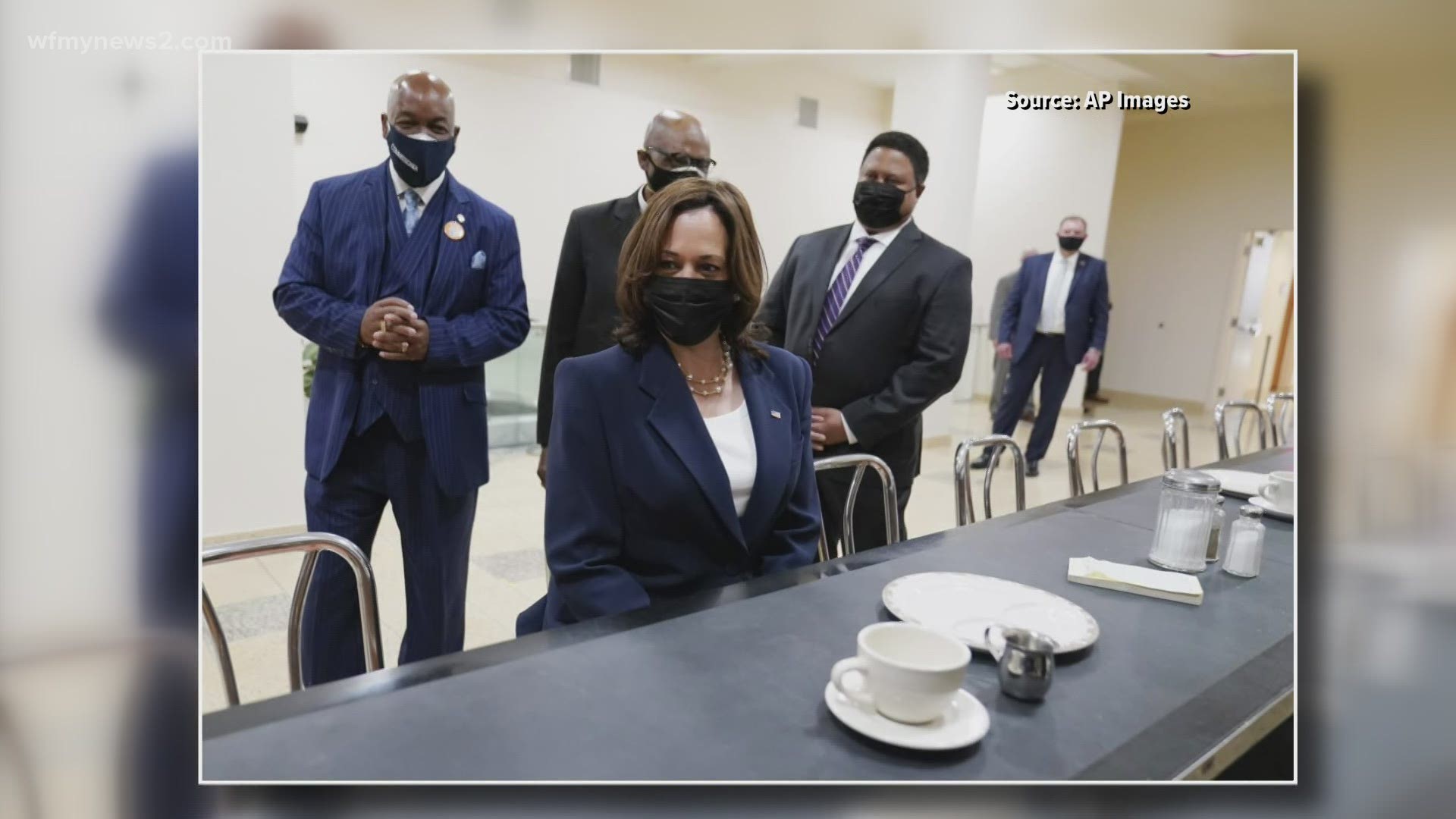 She stopped at Guilford Technical Community College and Thomas Built Buses, but Madam Vice President made an unexpected stop to one of Greensboro's most famous places.

Names like Quincy Jones and the late Senator John Lewis are just the tip of the iceberg when it comes to famous people that have visited the International Civil Rights Museum in Downtown Greensboro.

But after Monday, you can add the name Vice President Kamala Harris to that list as well.

I spoke with museum co-founder Skip Alston about what it meant to play host to Vice President Harris.

"It was a very surreal moment to be able to have the first African-American woman vice president of the United States of America. The second most influential and most powerful person in the world sitting at the lunch counter."

Although Madam VP Harris was only in the museum for a few minutes.

She made sure she sat at the famous Woolworth Lunch Counter that helped sparked the Civil Rights Movement.

According to Alston says Vice President Harris sat in the same chair Rosa Parks sat in during her visit in 1995.

"You look back, 61 years ago and see and to see this happen. This is something that our early pioneers and ancestors dreamed for. That is what the fight is all about."

What a moment for the city of Greensboro and the International Civil Rights Center and Museum to have such a groundbreaking woman in the same place that some of the first racial barriers in our country started to be broken.