ACC men's basketball tournament coming back to Greensboro in 2021

Just as the tournament got underway at the Greensboro Coliseum in 2020, the pandemic hit. It'll be back in 2021! 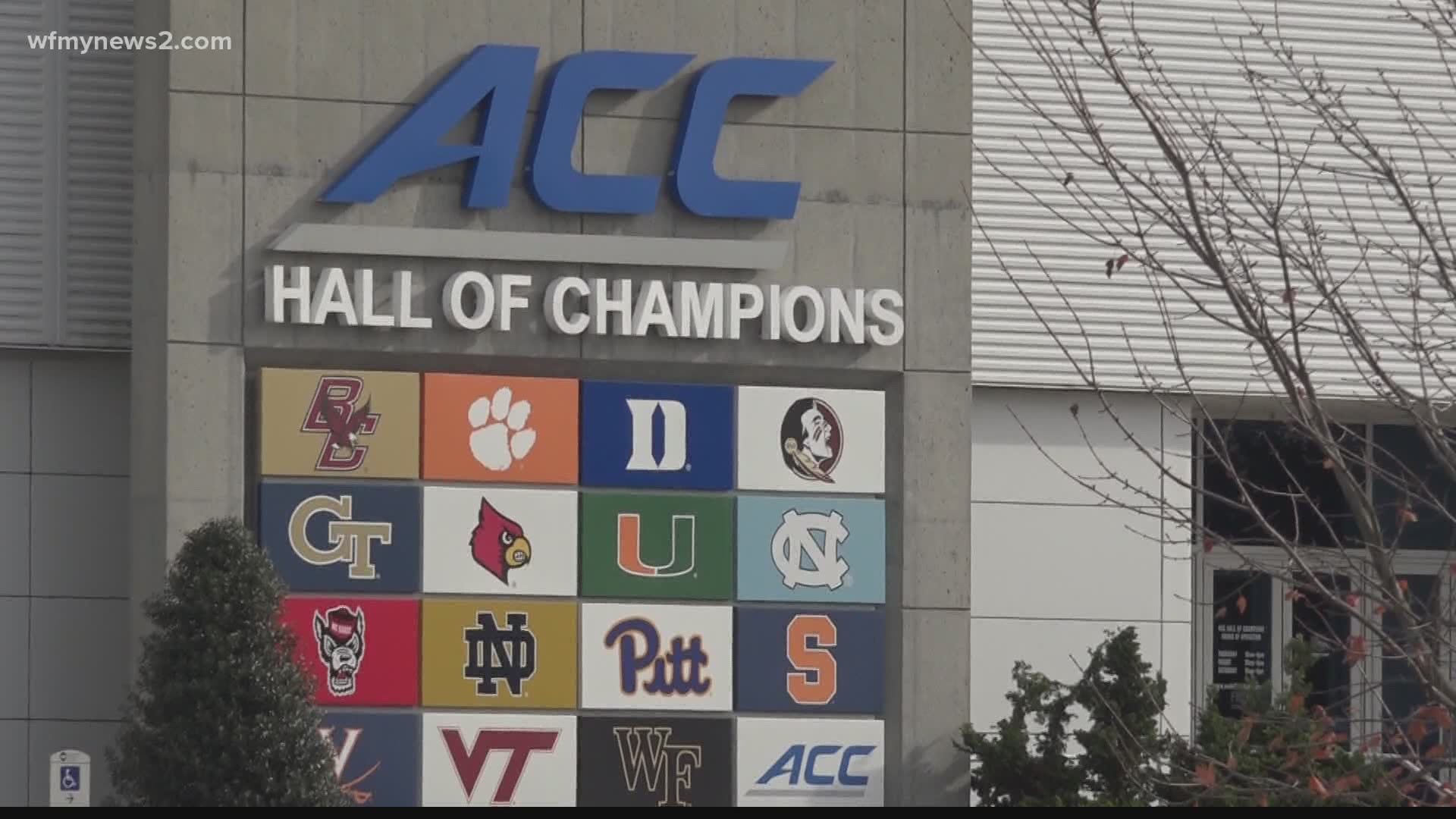 GREENSBORO, N.C. — The 2021 ACC Men’s Basketball Tournament will be held at Greensboro Coliseum in Greensboro from March 9 until March 13, the Atlantic Coast Conference announced Tuesday.

The tournament was scheduled to be played at Capital One Arena in Washington, D.C., which will now play host to the 2024 event.

The decision to relocate the March 2021 event was due to the ongoing COVID-19 pandemic.

“The ACC Men’s Basketball Tournament has enjoyed terrific experiences and hospitality at Capital One Arena,” ACC Commissioner John Swofford said. “We look forward to returning to Washington, D.C., and appreciate Greensboro for welcoming and accommodating us during these unique and challenging times.”

RELATED: NCAA in talks with Indianapolis to host all of 2021 March Madness

The ACC announced the 2022 event will be held at Barclays Center in Brooklyn, and the 2023 event will return to Greensboro Coliseum.

The ACC Tournament was held in eight cities and 12 venues since the first event in March 1954. Since 2000, the tournament has been played throughout the ACC footprint, including nine times in Greensboro, four times in Charlotte, three times in Atlanta, twice in Washington, D.C., twice in Brooklyn and once in Tampa.

The 2021 ACC Women’s Basketball Tournament will also be held at Greensboro Coliseum. The event is scheduled from March 3 through March 7.

WFMY News 2 spoke with Greensboro city leaders about their hopes for the upcoming tournament, less than 250 days after many got the first indication of how life-altering the pandemic would be - as the 2020 ACC Tournament came to abrupt end.

"We all thought we were going to file into the Coliseum and watch some great ACC Men's Basketball...and it didn't happen," said Brent Christensen with the Greensboro Chamber of Commerce, "I'm not even going to let myself go there, to think that this might not happen - because I think that there are so many examples out there now of how you can do it."

The 2021 ACC Winter Olympic Sports Championship schedule has also been confirmed as follows: