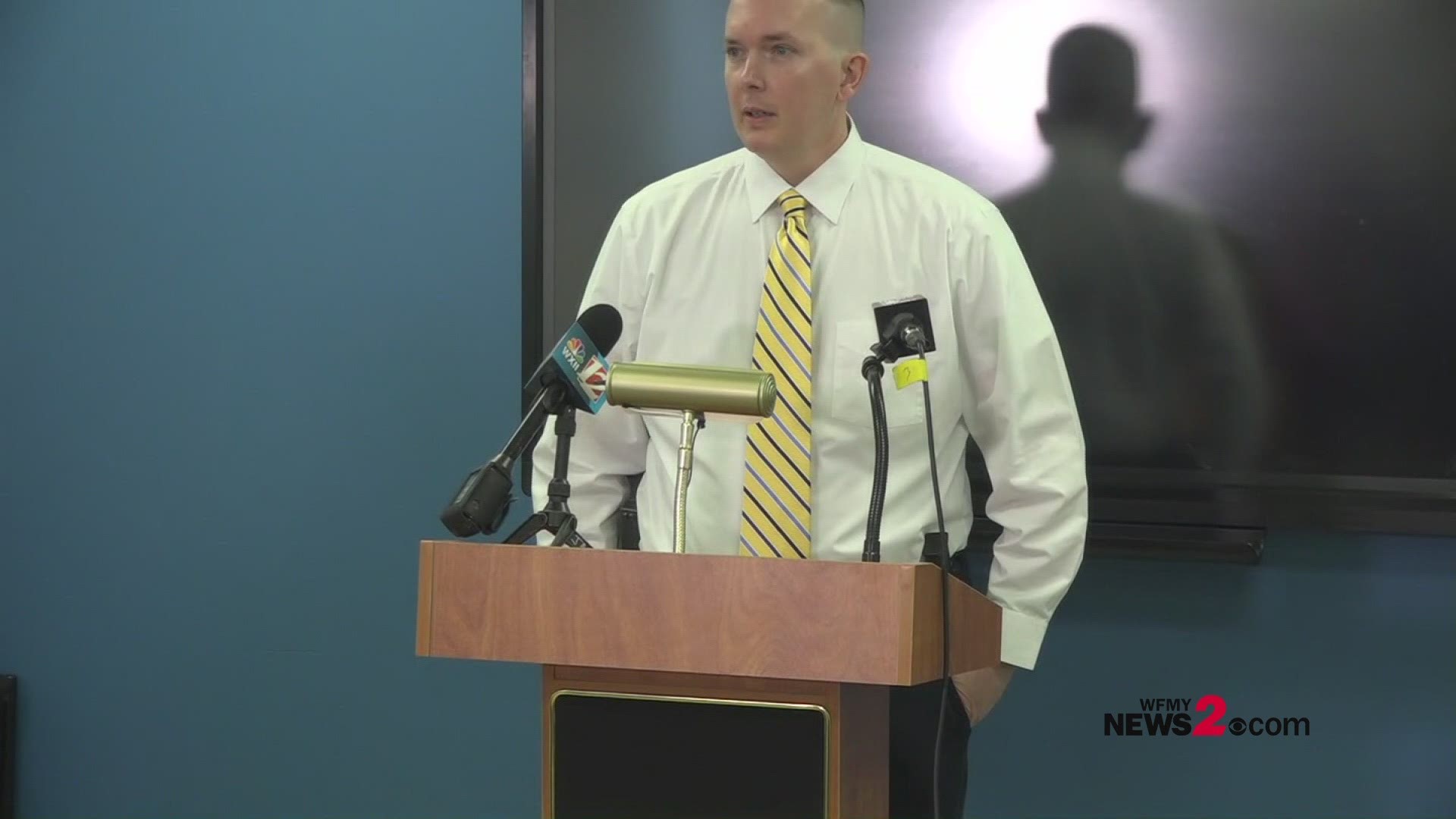 GRAHAM, N.C. — The adoptive father of the 20-year-old man shot by a police officer is speaking for the first time since the incident.

Fred Light says he and his family have been in contact with the Graham Police Department since the shooting happened.

"It’s very open it’s very transparent and I certainly appreciate what they have done so far to this point," he said.

Graham Police says officers were serving a warrant in the 700 block of East Elm Street just before midnight because of an anonymous Crime Stoppers tip they received. They were trying to track down Jaquyn Light, who was wanted at the time.

"Jaquyn was a great kid and I don’t want nobody to lose the aspect that while he had some great good sides to him, unfortunately as we all do, we do make poor choices too," said Fred Light, "Unfortunately them choices caught up."

While on scene, police say they went inside to arrest Light, and that's when he ran outside. Police say, from there a confrontation between the officer and Light occurred.

Although it's not clear what exactly happened during that confrontation, an officer shot Light. He later died from his injuries.

Police said whether Light was carrying a weapon at the time, is part of the investigation.

"For the time being, we’re still in mourning. I miss him very much and I just want everybody to realize and keep in the front of their minds that a 20-year-old has passed and it’s involved a lot of families a lot of friends, and soon to be his own child which would be my third grandchild," said Fred Light.

Fred Light says he misses his son very much and they're grateful for the support from the community.

"There’s been a lot of well-wishes a lot of prayers and please keep them coming," he said.

"It is not a small matter to be responsible for taking a life," Chief Prichard said during a news conference earlier this week. "The officer will be cooperating with the investigation, but we will also be utilizing resources to meet the officers emotional and mental health during this time."

Police say this is the first deadly officer-involved shooting in Graham in 20 years.

Police say there is body cam footage and will release it when they can. The department cannot immediately release the footage because the SBI is in control of the investigation.

A cut above the rest: Washington Park Barbershop home to some of North Carolina's biggest sports stars