Family members said Keyshawn Lorenzo Cooley and Randy Lee Hargraves were working on the bus the night of the shooting, but they never made it home. 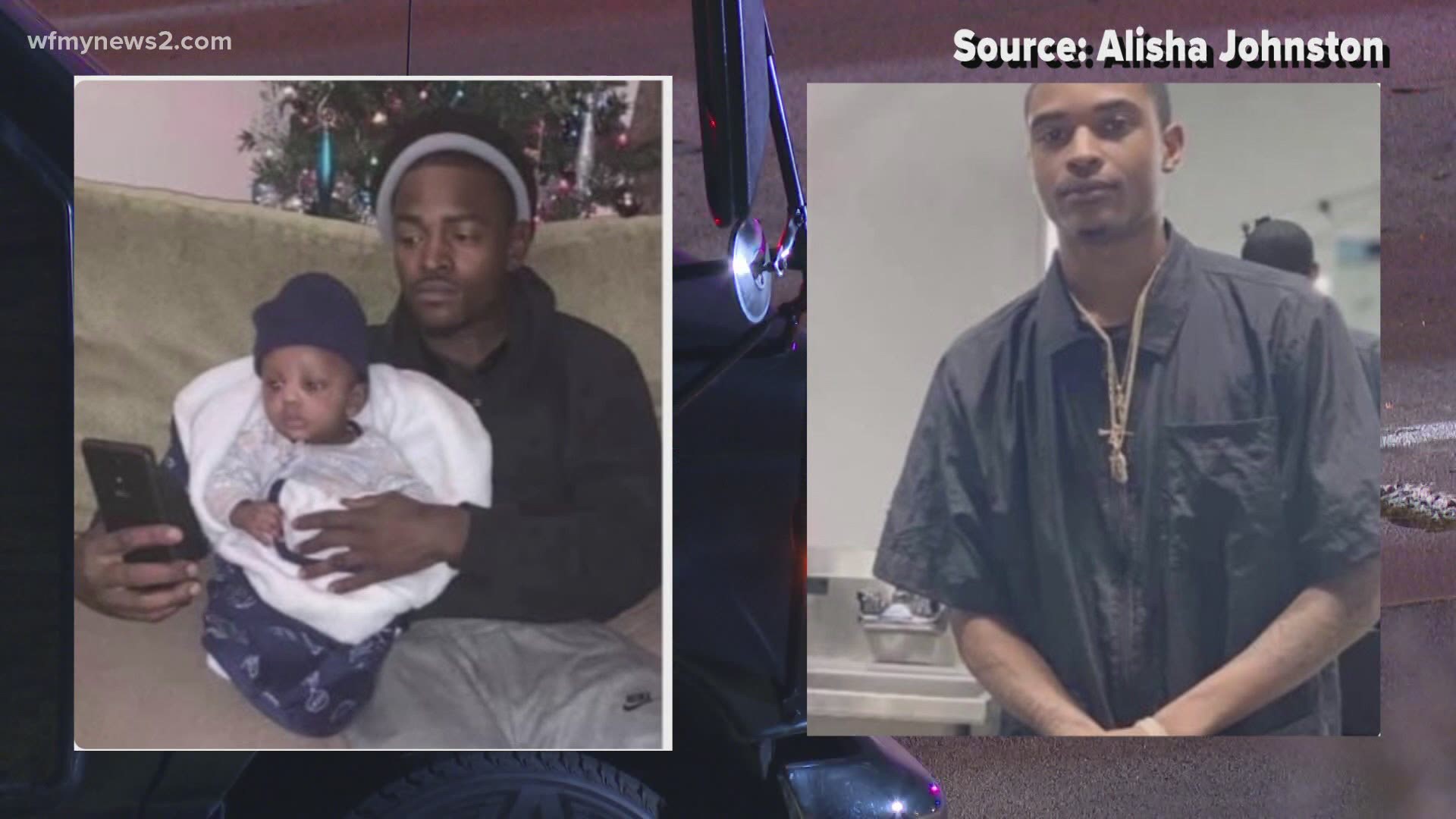 GUILFORD COUNTY, N.C. — Two people died from gunshot wounds, and the suspect is hospitalized after a deadly shooting on a party bus on a North Carolina highway Friday night.

The two victims in the double-shooting were identified by family Sunday afternoon as Keysawn Lorenzo Cooley and Randy Lee Hargraves.

WFMY News 2 found out Sunday afternoon, Cooley recently completed barber school and was scheduled to take his licensing exam next month. He also recently became a dad to a five-month-old daughter.

"Randy, my brother and Keyshawn were working they were on a business venture. The party bus was something they started and were doing to create a fun environment for people," said Alisha Johnston of Durham.

Johnston who recently moved from Greensboro is the bus driver's sister and an aunt to Cooley. She said Cooley worked with his dad as a host on the party bus giving guests instructions and entertaining them.

"There was no incident. There was no conflict. It was just reckless behavior due to God knows what the person was thinking," Johnston said.

The incident happened on Interstate-85 near the Groometown Road exit in Guilford County. The 911 calls for help came around 9 p.m., according to the Guilford County Sheriff’s Office.

The shooting suspect was also hospitalized from gunshot wounds. The suspect is currently in custody, and will be arrested after being discharged from the hospital, the sheriff's office told WFMY News 2.

When deputies first arrived on the scene Friday night, they found one victim already dead from gunshot wounds. The second gunshot victim was pronounced dead after arriving at a local hospital, according to a press release.

Tynecca Hart, Hargraves' mother said her son Randy worked as an alternate driver and was in the front passenger seat when the suspect began shooting.

Hart said she last spoke to him Friday morning around 11 a.m.

"He was excited about going, and he said, 'Mom, I'm going to Charlotte and I'll be back home tomorrow,' and that was the last time," said Tynecca Hart.

Hargraves was a father of two. He had a two-year-old daughter and a one-year-old son.

"We love them and he is definitely going to be missed by many," Hart said.

The family members said they want to see justice for the two men and have set up a Go Fund Me to help with funeral costs.

The shooting suspect was also hospitalized in the custody of law enforcement and currently is in critical, stable condition. A full list of criminal charges has not been released yet. The Sheriff's Office reports this is because they have yet to serve the suspect the formal arrest warrants.

Investigators have not released details about why the shooting on the party bus happened.

After the shooting, the party bus was pulled over on the side of the highway, surrounded by investigators. Law enforcement shut down all lanes of I-85 near Exit 121 (I-73 North) in Guilford County for the investigation. The road reopened around 1:40 a.m. Saturday.