Viewers are asking, 'Doesn't the NC Education Lottery pay for schools?'. Here's how the money breaks out. 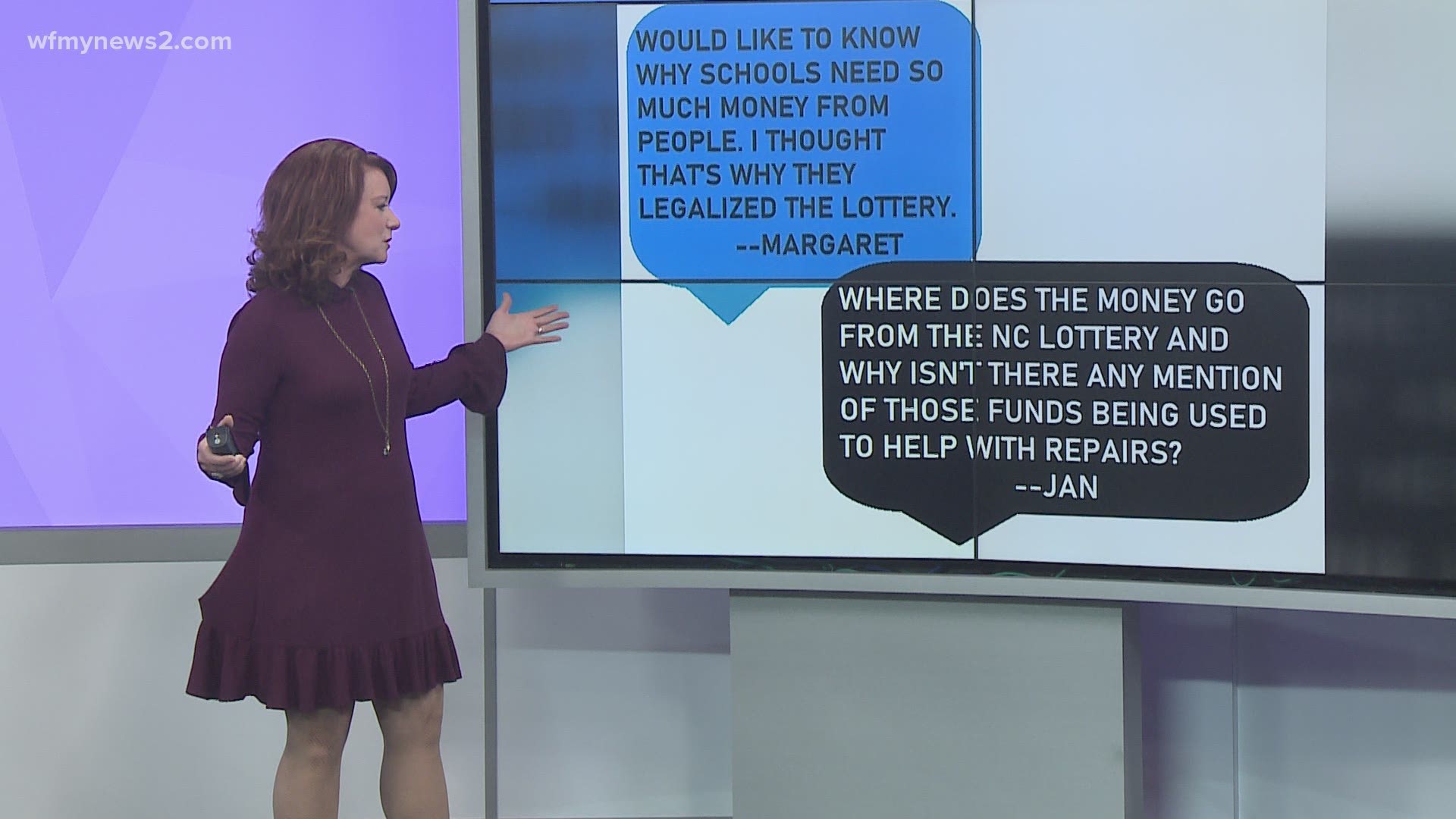 GREENSBORO, N.C. — Have you taken a look at the sample ballot for Guilford County voters? It’s two-pages long.  Of course, you have the President, Senate and state offices are on there, but at the bottom right of page two, you’ll find two voting sections for school funding.

$300,000,000 Bond for Guilford County Schools. The money would be used for new school facilities, improving existing ones as well as furnishings and equipment.

¼ cent local sales tax. Money from this would also benefit Guilford County Schools to pay for the repair and renovation of school buildings.

Many of you are asking why these are on the ballot.

Would like to know why schools need so much money from the people. I thought that's why they legalized the lottery. -- Margaret

Where does the money go from the NC lottery and why isn't there any mention of those funds being used to help with those repairs?? – Jan

Let’s look at the numbers. The North Carolina Education Lottery gave $709,000,000 to schools last year. That money was split between all 100 counties and their school systems.

In Guilford County, lottery money totaled $31,000,000 in 2019.  Of that $31 million, five million was used on school construction. A key point here, the school system doesn't get to decide how the lottery money is spent, state lawmakers decide.

WHY ARE TWO SCHOOL FUNDING ISSUES ON THE BALLOT?

Guilford County Schools proposed a $2 billion plan for schools over the next 20 years. The plan includes a massive overhaul of schools in the district.

It would include repairs, renovations and even some schools to be completely rebuilt. The proposal was made with future generations in mind. The district says a master facilities plan would fix all those everyday problems and then some.

Guilford County Schools has a full 72-page plan on its website full of maps, graphs, and stats.

RELATED: What you need to know about elementary school options to reopen with in-person learning