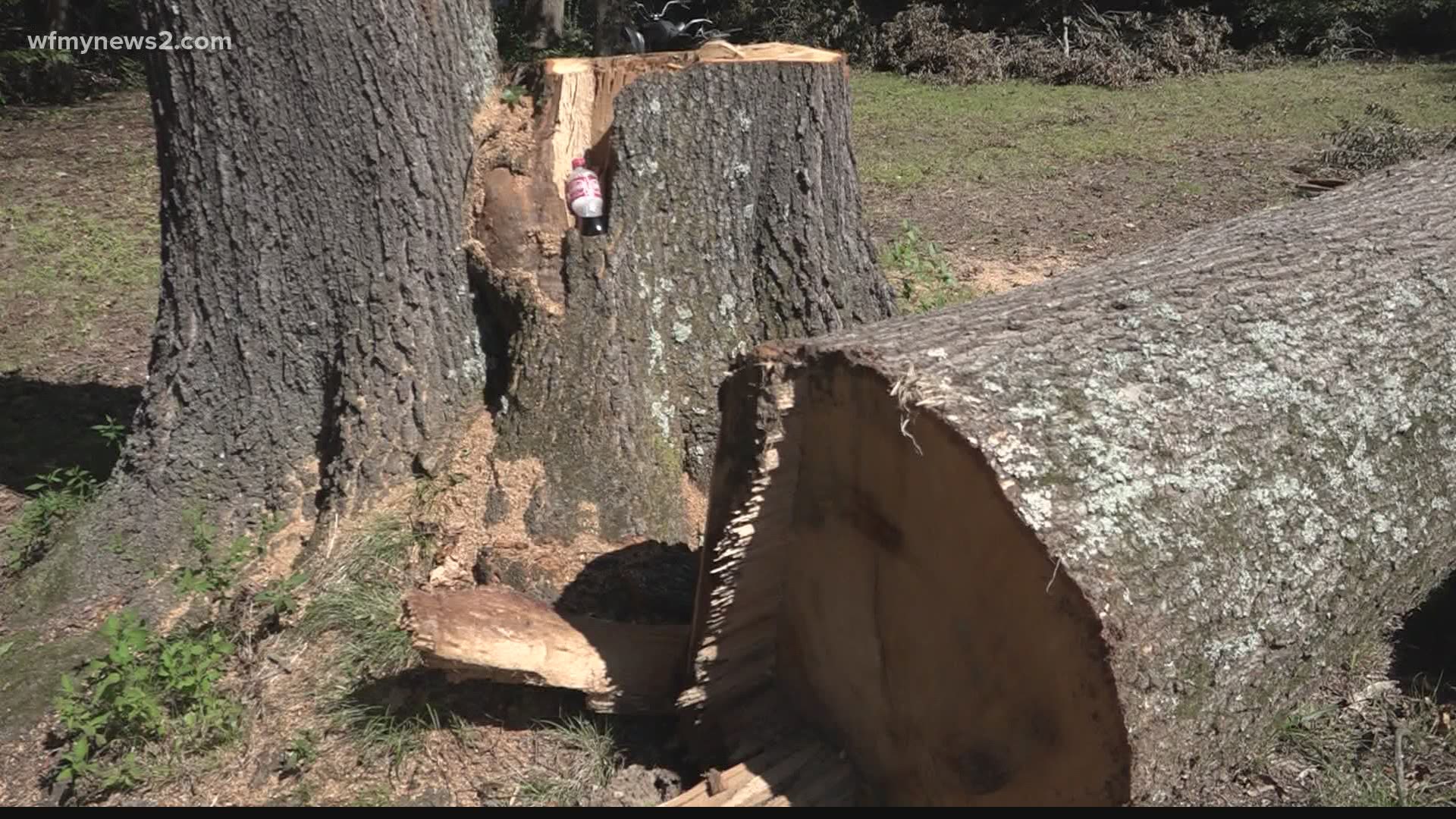 GREENSBORO, N.C. — The house sits on a quiet street in a nice neighborhood in Greensboro. The two-story home has plenty of room for Vonnika Echols and her four kids.

“Everything was good, we didn’t have any problems, it was great,” Echols said.

The family has been renting the home for more than three years and recently renewed the lease to stay another year.

On a recent morning, Echols was getting ready for work when someone knocked on the door. The man told Echols he was there to cut a tree down in the backyard.

“I was like what, no one told me about this,” Echols said.

The landlord had apparently decided to remove a giant tree in the yard that was next to the home. Echols and the kids left and went over to her mom’s house while the tree was being cut down.

About an hour after they left one of the neighbors called.

“He’s like, a tree fell on your house, I’m like what and then he shows me facetime video of it (the tree) on my house,” Echols said.

The massive tree, that was probably at least 40 feet tall, crashed down on the roof of Echols home. The tree knocked holes in the rood, shattered windows, and left a massive mess inside.

“My initial thoughts were, 'Oh, my gosh we're going to be homeless,'” Echols said.

The landlord and a member of her management company showed up at the home to meet Echols. The tree fell on the back portion of the home doing most of the damage to the back part of the roof and the bedrooms below.

Fortunately, Echols had renter’s insurance, so she was able to file a claim and was provided financial assistance to rent a hotel for a couple of weeks. Unfortunately, the home would most likely take several months to be repaired which meant Echols would need to find a new place to stay.

“I needed the money from my security deposit and the rent I just paid,” Echols said.

The landlord and her management company were working on getting Echols her money, but it was taking a bit longer than Echols had. Her insurance only covered two weeks in the hotel before she would have to leave.

“I was desperate, I felt like you (News 2) could help because I was getting the runaround,” Echols said.

We were able to extend the hotel to stay a few extra nights at no extra cost and then reached out to the management company. The landlord agreed to write a check for the pro-rated rent and the security which was right around $1,100.

“I’d like to say thank you so much, I really appreciate you all were in action so quick,” Echols said.

Echols and her kids have since found a new place to live. The damage to her old home is extensive and unfortunately, the homeowner had to file a claim with her insurance company to cover the cost because the man she hired to cut down the tree did not have insurance.