The county Board of Commissioners said it cannot bring the statue down because of a 2015 state law. The lawsuit alleges they could do it without breaking the law. 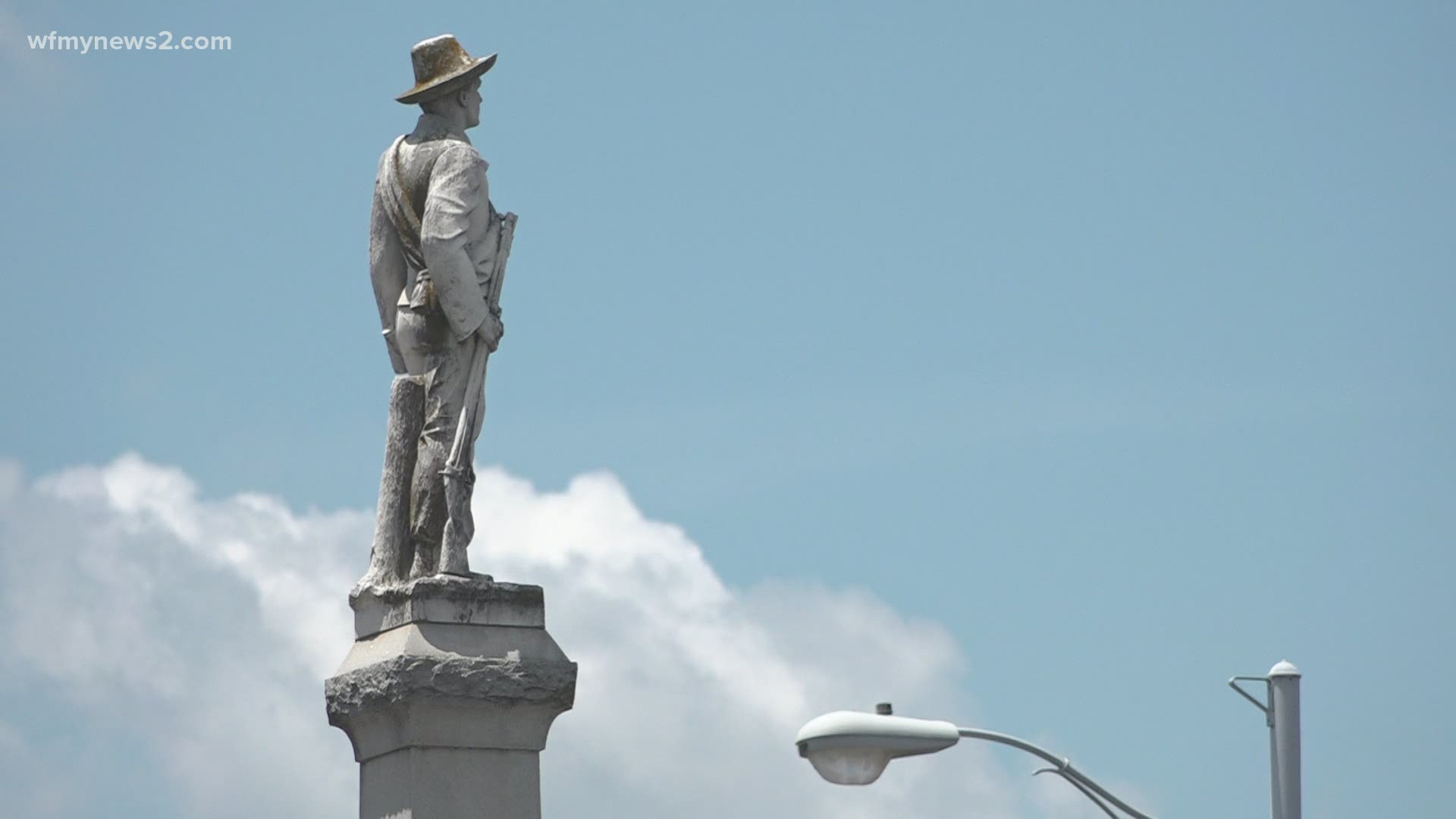 GRAHAM, N.C. — The North Carolina chapter of the NAACP wants to get rid of the Confederate statue in Graham.

They filed a lawsuit against Alamance County and the Board of Commissioners on Tuesday, demanding it come down.

The lawsuit argues the statue "poses a threat to public safety" -- and "stands in violation of the North Carolina Constitution".

In the past, the Alamance County Board of Commissioners has claimed they don't have the power to move the statue because of a state law passed in 2015.

The board released a statement on this position in June. It came after more than 200 Alamance County leaders and residents signed a letter asking for the statue to be removed.

"County attorney Clyde Albright has advised the Alamance County Board of Commissioners that, pursuant to state and federal law, Alamance County does not have the legal authority to move the Confederate Veterans Memorial at courthouse square. The monument in Graham is an object of remembrance as defined by North Carolina General Statute 100-2.1, which gives it different legal status than a statue of an individual person or a commemoration of a battle or event. The county manager neglected to obtain information about the legality of his opinion before he offered it," The board's response reads in part.

That 2015 law states that a historical monument on public property can only be moved if it's going to a place of equal prominence.

The NC NAACP alleges in its lawsuit that the Board of Commissioners is misinterpreting that law.

The group argues the law states statues that pose a public safety risk are exempt from the rule.

Last summer, County Manager Bryan Hagood wrote a letter to the Board of Commissioners urging them to relocate the Graham monument because he believed it created a public safety hazard.

The NAACP claims the county is spending taxpayer dollars to maintain the monument.

The Alamance County Sheriff's Office 2020 Annual Report shows the sheriff's Office spent $747,672 on 39 different protests. The NAACP claims much of money was spent providing law enforcement presence for protests at the monument.

The lawsuit also mentions several other North Carolina counties that removed Confederate monuments in recent years. The NAACP argues that Alamance County would be well within the law to do the same.

WFMY News 2's Grace Holland reached out to Alamance County Attorney Clyde Albright, County Manager Bryan Hagood and all five members of the Alamance County Board of Commissioners for comments on the lawsuit.

We have not received a response yet and will update this story when we do.

The NC NAACP is asking the court to rule on whether the county is in violation of the North Carolina Constitution and to decide whether state law prohibits the removal of the statue.

If a judge rules in their favor, the organization wants Alamance County to remove the monument within 45 days of the ruling.

The monument has been the site of several protests in the last couple of years. Some turned violent.

In November, law enforcement used pepper spray to break up a demonstration near the statue. Eight people were arrested.

Deputies said they entered the crowd because they noticed a gas generator in the crowd, which they say wasn't allowed.

In September, Graham Police arrested seven protesters after hundreds gathered and called for the statue to come down.