The report from the N.C. Office of the Chief Medical Examiner also says the 56-year-old Jarrell had alcohol in his system. 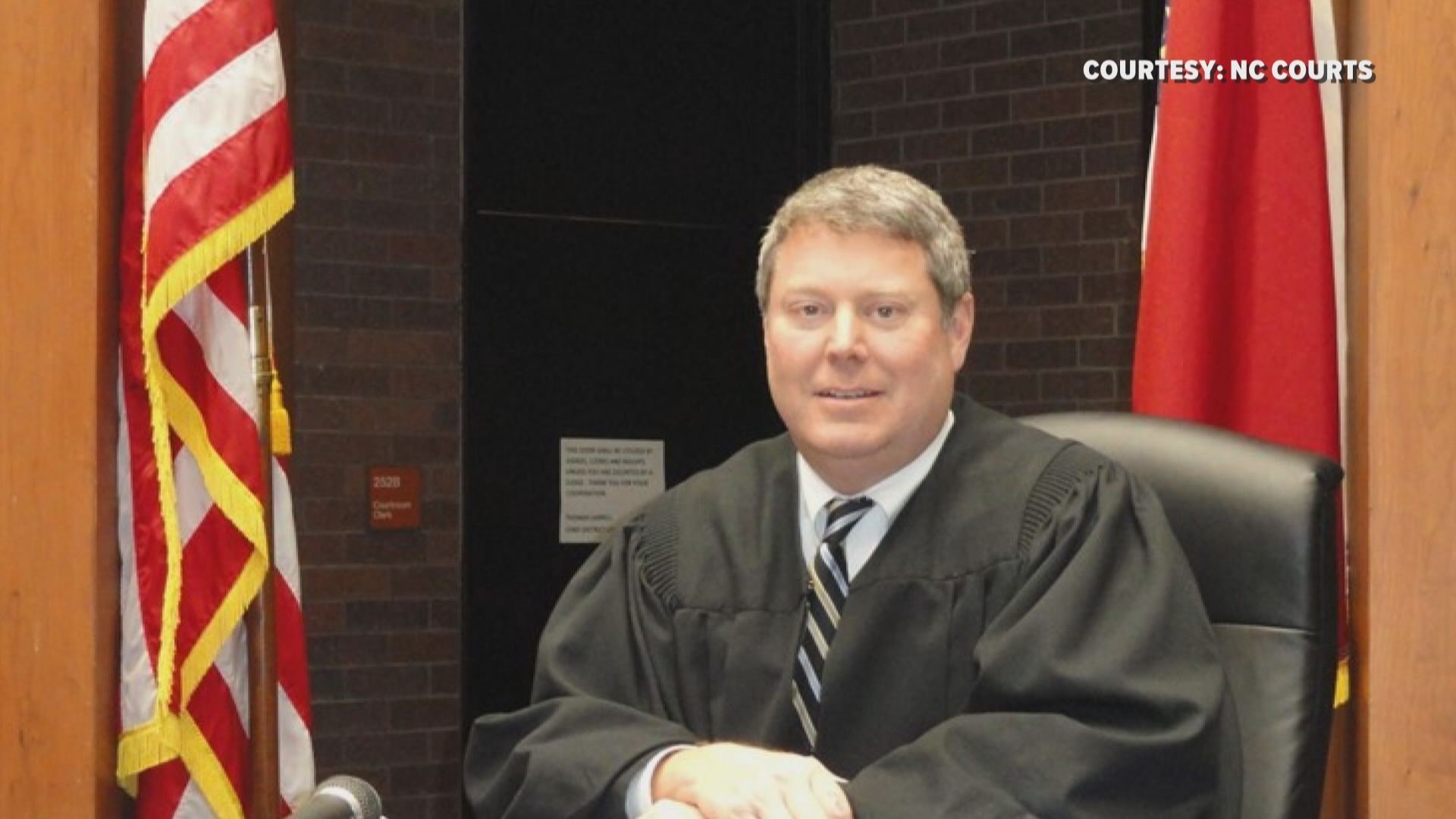 GREENSBORO, N.C. — An autopsy report shows a North Carolina judge died of a fentanyl and heroin overdose. The News & Record of Greensboro reports District Court Judge Tom Jarrell was found unresponsive on the bedroom floor of his home in High Point on Aug. 3.

The report from the N.C. Office of the Chief Medical Examiner also says the 56-year-old Jarrell had alcohol in his system.

According to the report, Jarrell had a medical history with an irregular heartbeat, but police found a plastic bag with a powdered substance in his pocket. The autopsy found that there was a possible needle puncture in his right arm with dried blood. Also, the report said police found a pocketknife and a piece of paper containing a powdered substance in his bathroom.

Attorney David Freedman says he was saddened to hear of Jarrell's passing, and shocked to hear how he died.

"I’ve never heard anything that he was sitting on the bench being in any state other than being alert and being aware of what he was doing," said Freedman.

Freedman says he was a great judge and incredibly patient on the bench.

"He was a great man and an excellent judge and he had a problem apparently," said Freedman, "but people should not let that overshadow the work that he's done for the community over the years."

Freedman says it's possible some people will try to challenge some of Jarrell's previous rulings. However, he says without evidence Jarrell was impaired while he was on the bench, those challenges likely won't hold up.

We received the following statement from his wife, Cindy Jarrell:

"Our family is still reeling from Tom’s sudden death. It has left a huge void in all our lives and in the community he loved. We have not had an opportunity to review the autopsy, but nothing it can tell us will bring him back or alter our deep love and affection for him."

“With the medical examiner’s confirmation today that Judge Tom Jarrell died from an opioidrelated overdose, the High Point Police Department remains committed to working with our law enforcement, health and service partners to address opioid abuse through enforcement, prevention and treatment efforts.  From January 1 to October 9, 2019, the High Point Police Department has responded to 209 overdose calls and there have been 18 deaths.  Today’s news is another reminder that there is a lot of work left to do on this societal issue.”