The NAACP challenged a rule requiring permits to protest on Courthouse grounds. 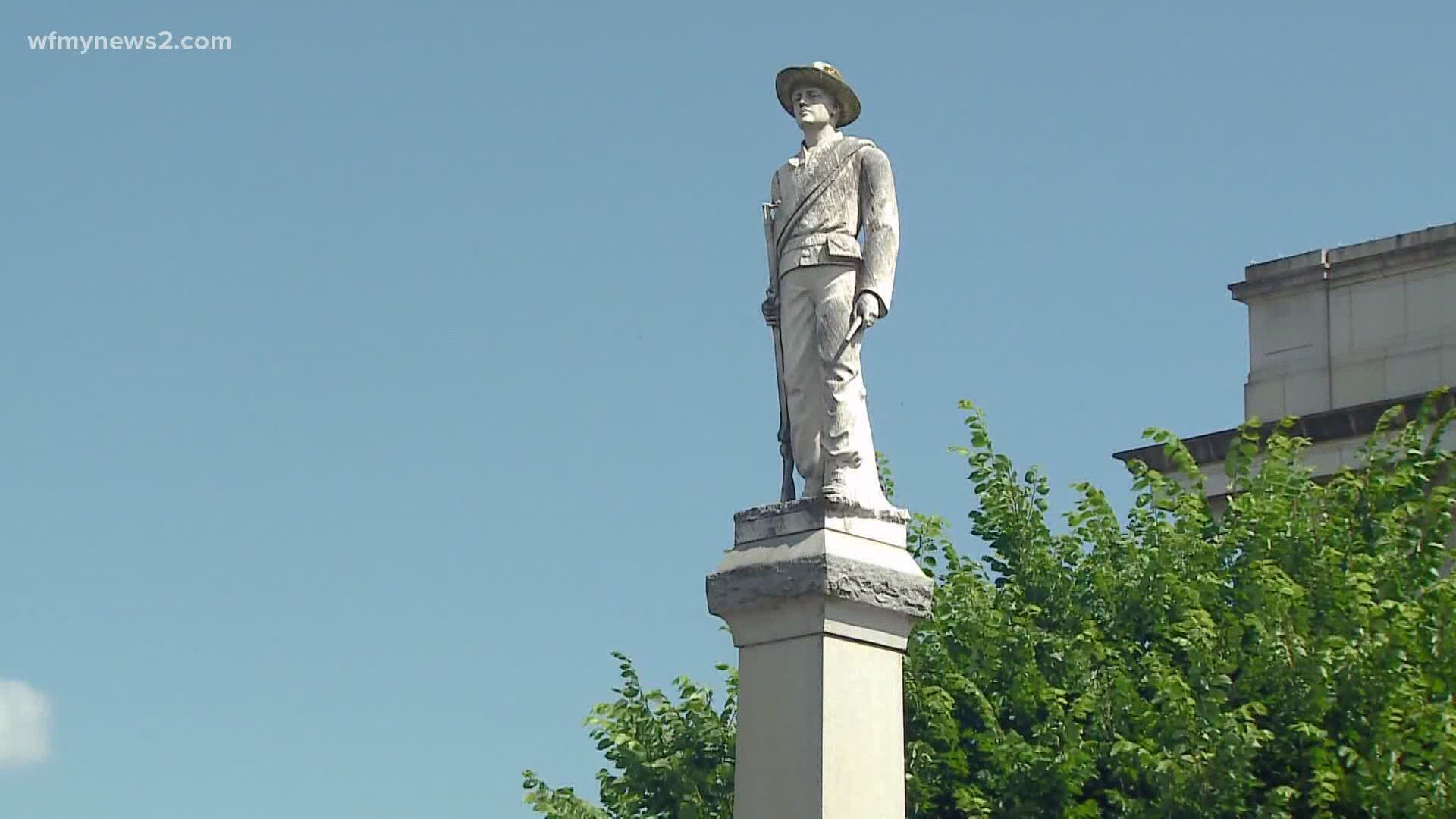 GRAHAM, N.C. — Note: Above video is from a story when the Court first blocked the protest rules in July 2020.

The NAACP has gone back and forth with Alamance County for months. They first filed the lawsuit in July 2020. The City of Graham passed an ordinance requiring permits for protests on Courthouse grounds. Crowds of hundreds people had been gathering near the Courthouse following the death of George Floyd. On Tuesday, the two sides settled the dispute effectively putting the case to rest.

Before we walk through the history of this case, we need to break down Tuesday's settlement and what it means for the future of protests and demonstrations near Alamance County's Historic Courthouse.

The Court ruled to officially recognize several areas around the Courthouse as public forums:

The Court ruled the County cannot totally prohibit protests in these spaces, but they are allowed to establish reasonable time, place and manner restrictions.

The restrictions the County adopted are called the Facility Use Policy. You can read the full document below.

The policy went into effect in October 2020, but the Court ruled Tuesday that the County must make a few changes.

Permits are necessary or required for:

Permits are not needed for:

Additionally, people who cannot pay the $25 fee can seek a waiver and their application will not be denied for failure to pay.

The Court also included that Sheriff Terry Johnson agrees to instruct officers not to arrest or threaten to arrest people who use "swear" or "indecent" words during demonstrations. If the words meet the definition of "fighting words", officers can then step in.

Alamance County and the Sheriff's Office must participate in training on implicit racial bias and racial equity by September 24, 2021. They must verify that they've completed the courses by providing documentation to the NAACP no later than October 1, 2021.

Keep in mind, this lawsuit does not have any bearing on the suit the NAACP filed against Alamance County demanding the removal of the Graham Confederate statue.

Thursday's settlement comes after months of back and forth between the NAACP, Alamance County and the City of Graham. Here's a look at the timeline of the case starting in July 2020.

You can read Tuesday's complete ruling in the full court documents below.