Rev. Billy Graham: His Life By The Numbers, Years, and Millions

Although his life and ministry cannot be simplified by just a short list of his accomplishments, below is a rundown of interesting facts and statistics surrounding Graham's 99 years serving his mission. 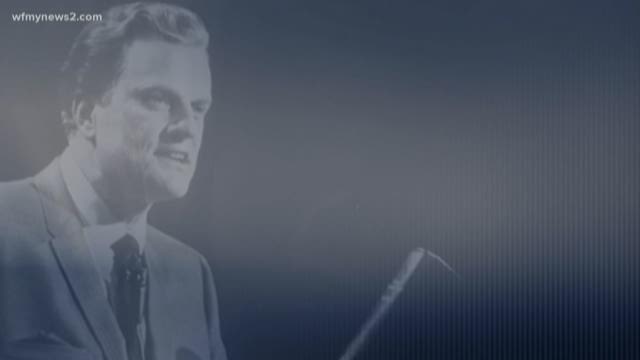 Millions continue to share memories and moments as they mourn the loss of America’s pastor. Although his life and ministry cannot be simplified by just a short list of his accomplishments, below is a rundown of interesting facts and statistics surrounding Rev. Billy Graham’s 99 years serving his mission.

13: From Harry S. Truman to Donald Trump, number of U.S. Presidents who met with Graham.

38: Number of languages his first best-selling book, Peace with God, was translated into.

61: Number of times Graham appeared on the Gallup Poll’s list of the “Ten Most Admired Men in the World.”

400: Number of radio station across the world that ran the “Hour of Decision” broadcast in syndication.

581: Number of radio stations across the U.S. that ran the “Hour of Decision” broadcast in syndication.

6,000: Number of people who attended his first crusade in Los Angeles.

425,000: Number of subscribers to Decision magazine.

1918: Year Graham was born outside of Charlotte, North Carolina.

1934: Year Graham committed to becoming a preacher of the Gospel, after hearing traveling evangelist, Mordecai Ham.

1989: Year Graham’s crusades were broadcast via satellite to 185 countries and territories.

2010: Year a LifeWay Research’s survey found Graham to be the most “influential living pastor.”

2015: Year Graham’s last books, God’s Good News Bible Storybook, and Where I Am: Heaven, Eternity and Our Life Beyond, were published.

2.2 Million: Estimated amount of people who turned to Christianity during his crusades.

5 Million: Amount NBC offered Graham for five years to appear alongside Arthur Godfrey. Graham turned down the offer to continue his crusades.

Rev. Billy Graham to Lie in Honor at US Capitol Rotunda

Billy Graham Motorcade Could Cause Delays on I-40, I-85