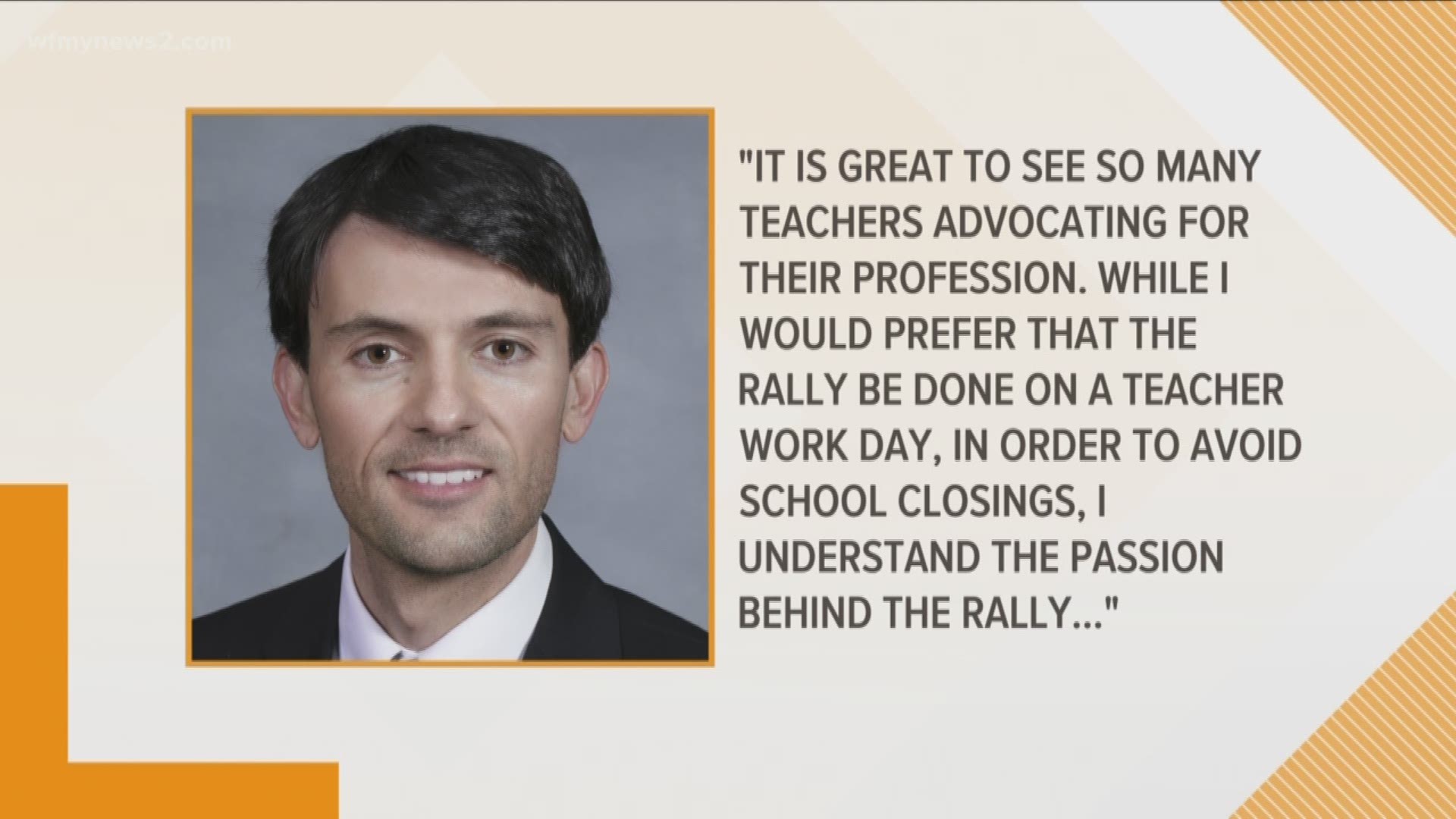 1 / 11
WFMY
Some of the signs seen at Wednesday's teacher rally in Raleigh.

10:30 a.m. - Teachers and community supporters have started the march!

10 a.m. - After a pit stop to change buses, Winston-Salem/Forsyth County teachers are back on the road!

8 a.m. - Teachers leaving from Page High School have some signs made for the rally.

5:30 a.m. - North Carolina teachers are taking to the streets for the second year in a row with hopes that a more politically balanced legislature will be more willing to meet their demands.

Teachers, auxiliary staff and supporters will march Wednesday in Raleigh. Speakers will include Democratic Gov. Roy Cooper and the Rev. William Barber, co-chair of the Poor People's Campaign.

RELATED: Here's What We Know About Day Of Action's 2019 Teacher Rally in Raleigh

When an estimated 20,000 people marched for teachers last year, Republicans held a veto-proof majority in the state House and Senate. The results of November's election changed that, and now Cooper's vetoes can stand if Democrats remain united.

Here's the schedule for today's rally:

3:30 p.m. - Buses will pick up educators at NCAE headquarters to return home.

RELATED: Talking 2 Teachers: What's Changed And What Hasn't Since Red For Ed

RELATED: 'We Want To Hear From Teachers': Governor Cooper Talks Education, May 1 Rally During Visit To Greensboro