GREENSBORO, N.C. — The PGA Tour is winding down, but not before its customary exciting week in the Gate City.

Festivities for the 80th Wyndham Championship will begin July 30 at Sedgefield Country Club in Greensboro. The tournament moved two weeks up from its traditional slot (Aug. 16-18 in 2018), but is still at the end of the regular season and is the last tournament before the FedEx Cup playoffs.

Last year's Wyndham saw Brandt Snedeker ride a course-record performance in the opening round to his second Wyndham championship.

Household stars like Tiger Woods, Rickie Fowler and Phil Mickelson aren't playing, but several familiar names among golf fans will be there. Former Wyndham champions Webb Simpson, Davis Love III and Si Woo Kim are all part of the field.

Rob Goodman, Wyndham Championship Director of Media Relations, says holes 15, 16 and 17 are popular viewing spots as well as the area around the seventh green and eighth tee.

WHERE TO WATCH ON TV

CBS/WFMY News 2 will broadcast the third and final rounds of the tournament on Saturday and Sunday beginning at 3 p.m.

Getting Ready for the Wyndham Championship 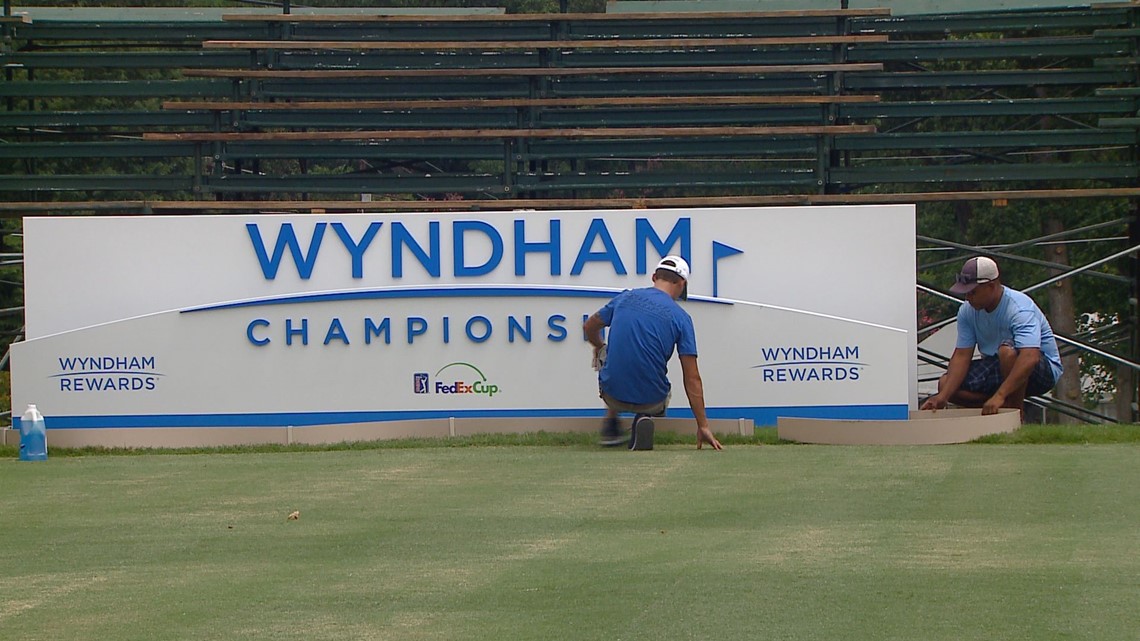 For more parking information, check out the tournament website.

Final times will be as posted or 30 minutes after play is complete.

The Uber and Lyft pick-up and dropoff area is between East and West Sedgefield near Wayne Road and the tournament’s main entrance.

Fans can save 15-percent on train tickets to the Wyndham. An electric bus will be available to shuttle passengers arriving at the Greensboro train station.

Will Call is at the main tournament entrance beside the bus drop-off and next to the Ralph Lauren Merchandise Pavillon.

Popular attractions like Margaritaville and the sand sculpture return to the tournament. There's also adirondack alley, expo row and the top 10 Pavillon. Sunbrella will debut the Sunbrella Wine Deck, a new fan amenity on the 17th fairway. The deck is a three-tiered, shaded platform open to all spectators and will have wine, beer and light snacks available for purchase. There are concessions available near the green at the 7th, 9th and 13th hole.

Margaritaville is at a huge tent next to the Sedgefield Clubhouse and features live music most afternoons. Tito's Stillhouse and Tito's Vodka Lounge is just off the ninth green and features a signature cocktail the 'Wyndham Welcome.'

If you are a current or former member of the military, and you pre-registered through SheerID, you can enjoy complimentary food and beverages in the Patriots' Outpost hospitality tent located between the 10th and 18th fairways.

The Club Wyndham Beach Viewing Platform is across from the 15th green and features complimentary snacks and beverages.

There are designated autograph areas adjacent to the scoring area between the ninth and 18th greens.

Wyndham staff says the ⅓-pound burgers and ¼-pound Hebrew National Hot Dogs sold at Margaritaville at the Wyndham, Tito’s Stillhouse and the Wyndham Rewards Visa Hospitality Club are the most popular items. The traditional club sandwich with pimento cheese is also a hit and sold at most concessions areas.

The winner will take $2 million. Here are the prize winnings for the top 10 finishes.

After the Open Championship, Koepka leads second-place Matt Kuchar by 37 points and third place Rory McIlroy by 142 points; the player who wins the Wyndham Championship will earn 500 FedExCup points.

Eventual 2018 champ Brandt Snedeker opened with a course-record 59 last year, becoming just the ninth golfer in PGA Tour history to post a sub-60 score. Snedeker held off Webb Simpson and C.T. Pan when he sunk a 20-foot putt for birdie on the 18th hole, prompting a family celebration with his wife and children. Snedeker also won in 2007.

PHOTOS | Course Shot Preview Ahead Of The Wyndham Championship 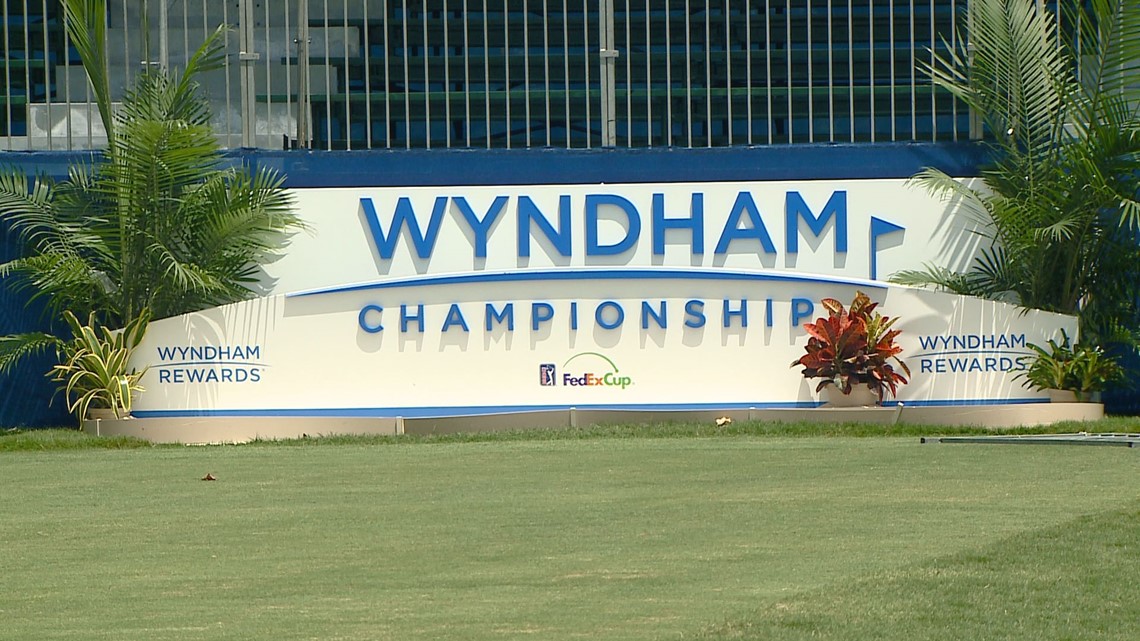 WHAT'S IN A NAME?

The tournament has had several different names and sponsors over the years, including Chrysler and K-Mart.