Winston-Salem City leaders have voted to change the name of the Dixie Classic Fair. The name won’t change this year for 2019, but will in the years ahead. 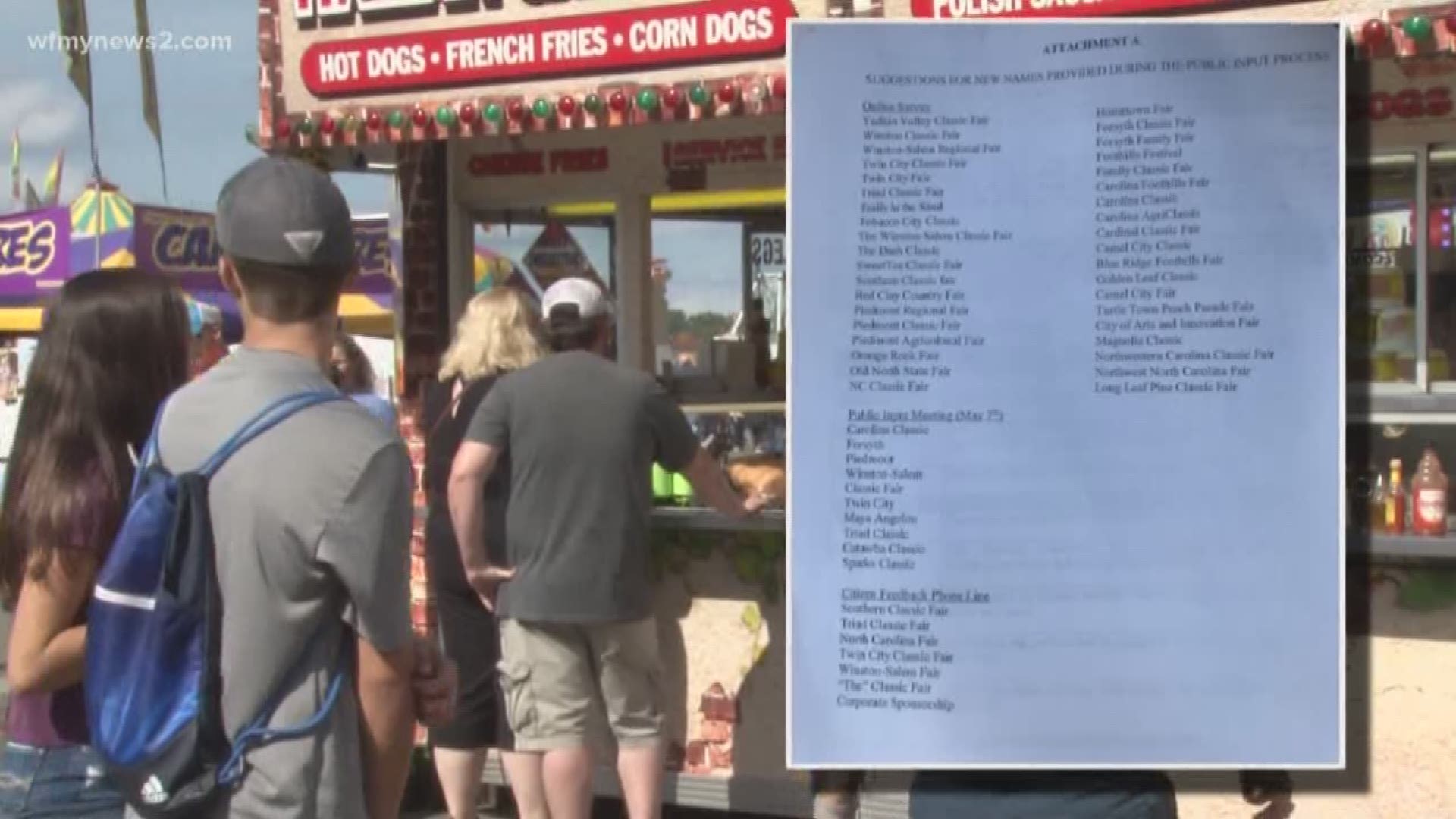 WINSTON-SALEM, N.C. — Winston-Salem City leaders have voted to change the name of the Dixie Classic Fair. The name won’t change this year for 2019, but will in the years ahead.

City leaders voted 5-2 in favor of changing the fair’s name. City Council members John Larson and Jeff MacIntosh both voted “no” with the others voted in favor of a new name.

In early August, the City of Winston-Salem released a list of possible new names for the Dixie Classic Fair. Winston-Salem Assistant City Manager, Ben Rowe said, "What happens with this process is we'll be able to develop a name hopefully by the spring of 2020." He also said, "But it wouldn't be effective until the 2021 fair."

It will be up to the consultants to narrow down the list of names for the fair. A Fair Planning Committee meeting revealed the estimated cost of developing a new name for the fair will cost between $50,000-60,000.

It was announced in April that the City was considering a name change for the fair and Dixie would longer be in the name. The name change proposal comes after several concerned citizens attended an April City Council meeting to voice their concerns, saying the word 'Dixie' has racist roots.

Resolution Directing City Staff to Engage a Marketing Consultant to Develop a New Name for the Dixie Classic Fair:

"At the April 2019 meeting of the Community Development/Housing/General Government Committee, a group of citizens requested that the City change the name of the Dixie Classic Fair because of its 'very segregating, separating, divisive, racist, and bifurcating name.'"

May: Mayor and City Council consider the ranking of potential names and select a new name

June-September: Rebranding preparations and development of marketing strategy for a new name

RELATED: Is The Dixie Classic Fair Changing Its Name Or Not?